COUNTRY Music's biggest night was a glamour-filled affair featuring fan favorites Kelsea Ballerini, Lady A, and Luke Bryan, as the industry's brightest stars went all out for the special occasion. 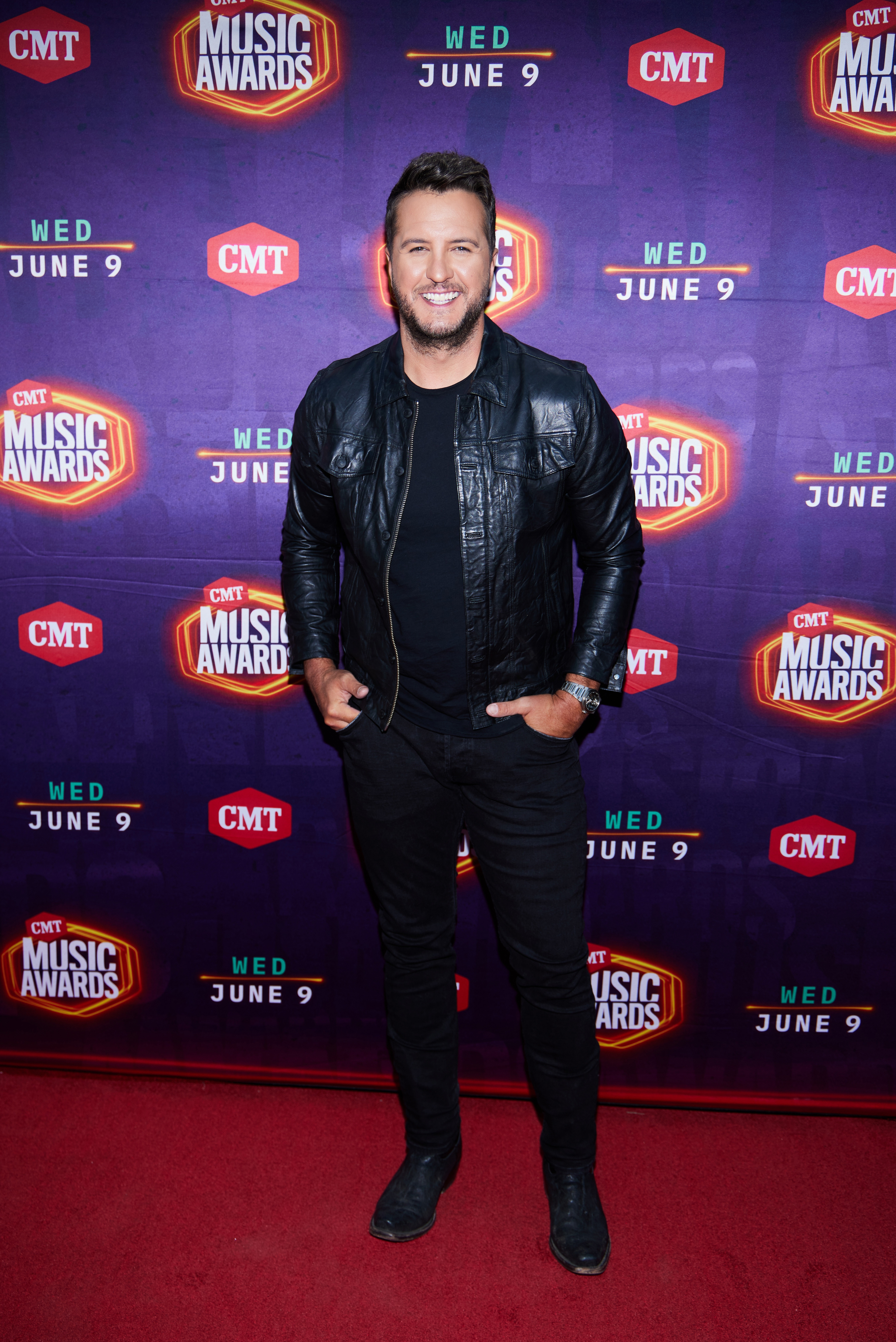 The Voice coach wore a big smile as he awaited the verdict for his song and music video Down To One.

Kelsea Ballerini looked outstanding in a head-to-toe pink look as she arrived to host the show. 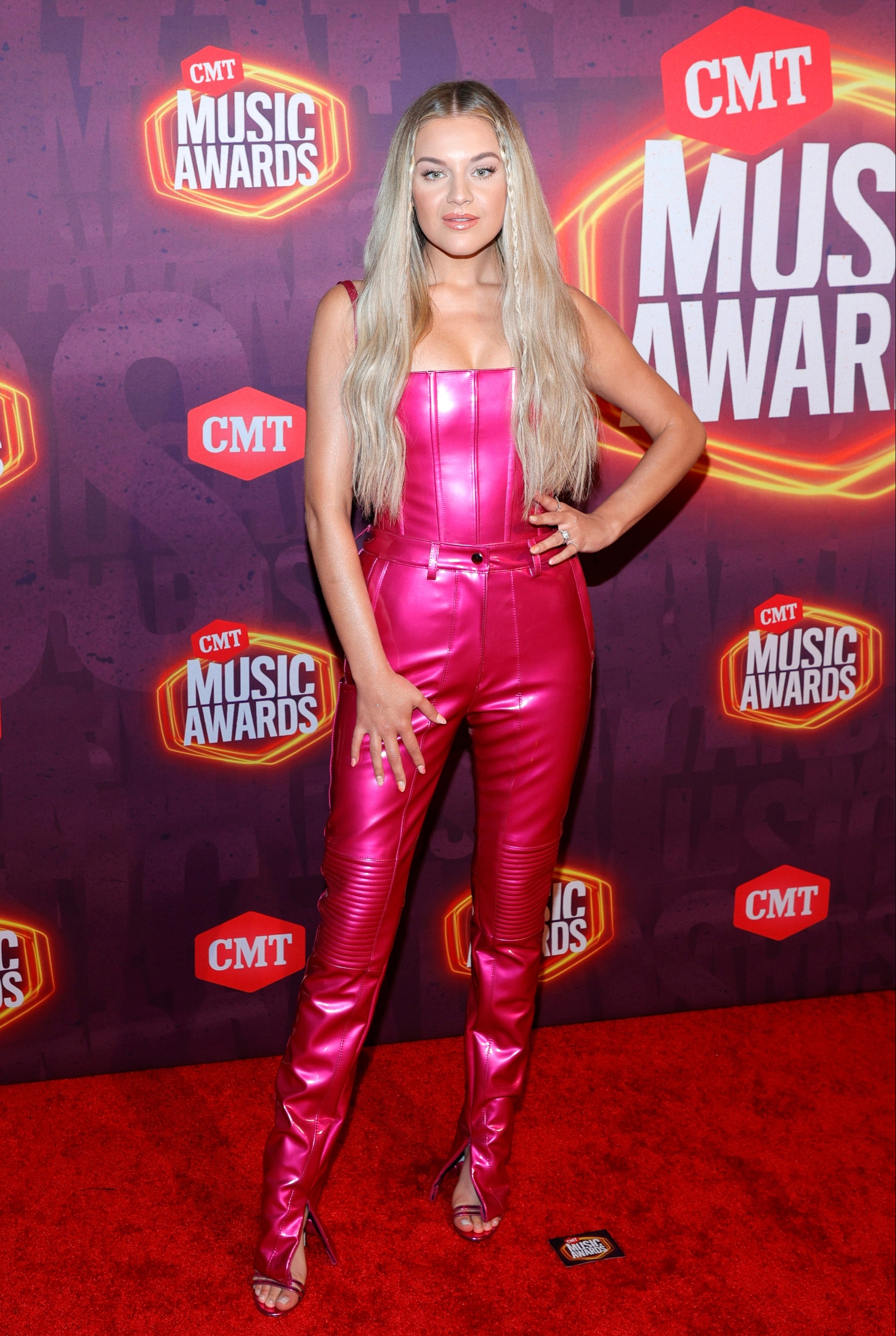 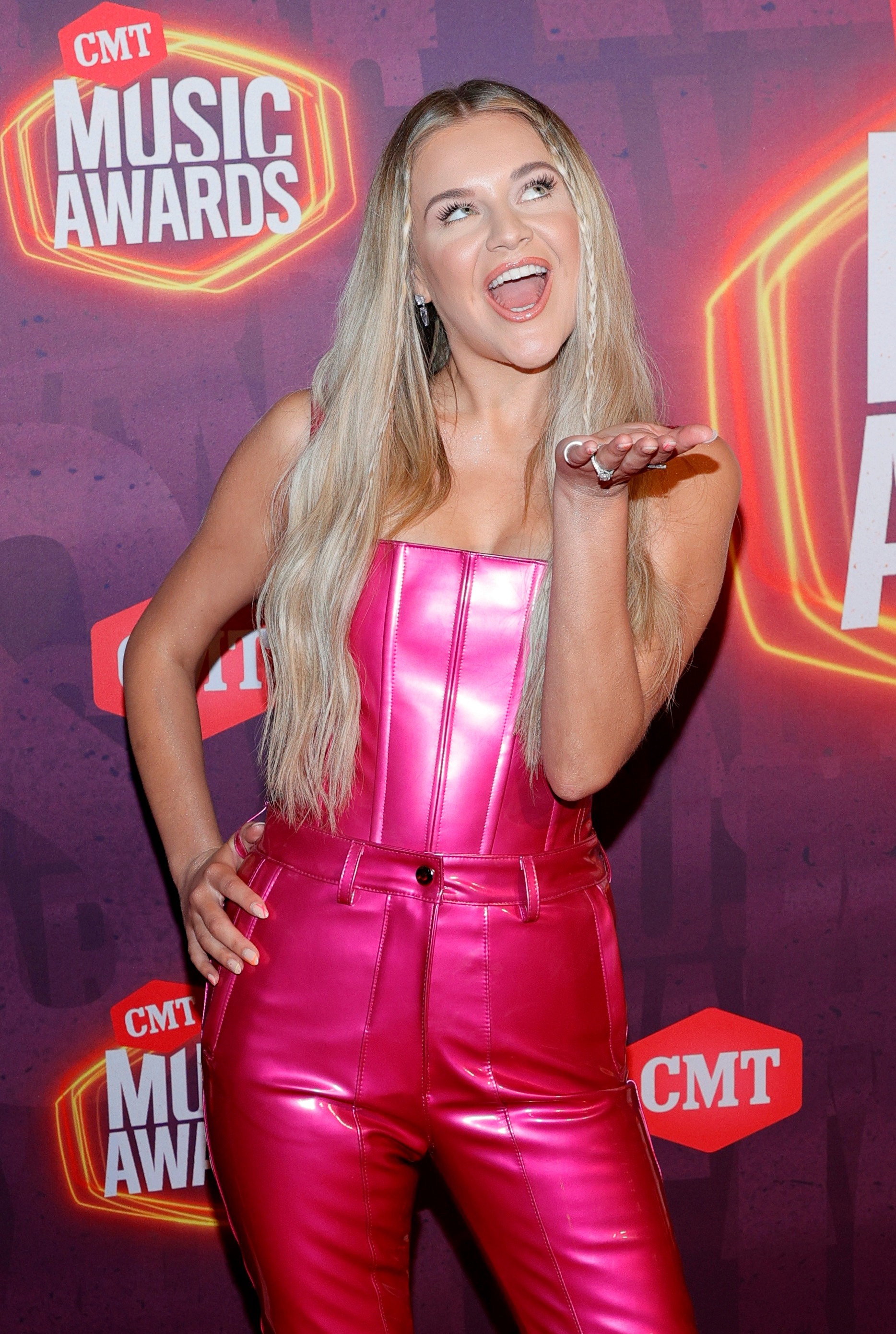 The host finished off her outfit with her long blonde hair styled into waves with a petite braid on either side.

The high-waisted shorts and crop top combo showed off her toned physique, and the matching blazer and sparkly silver heels created a classy finish. 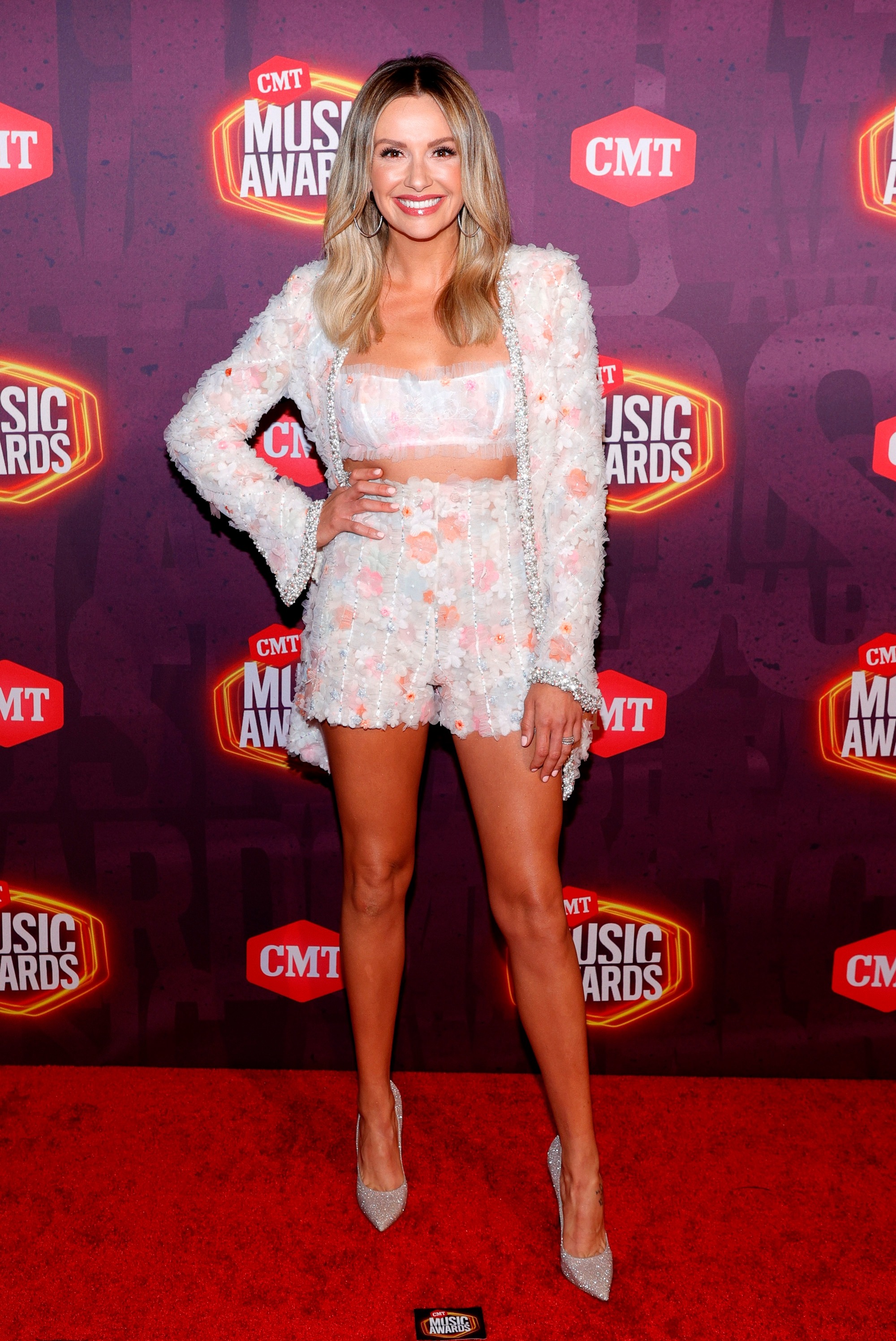 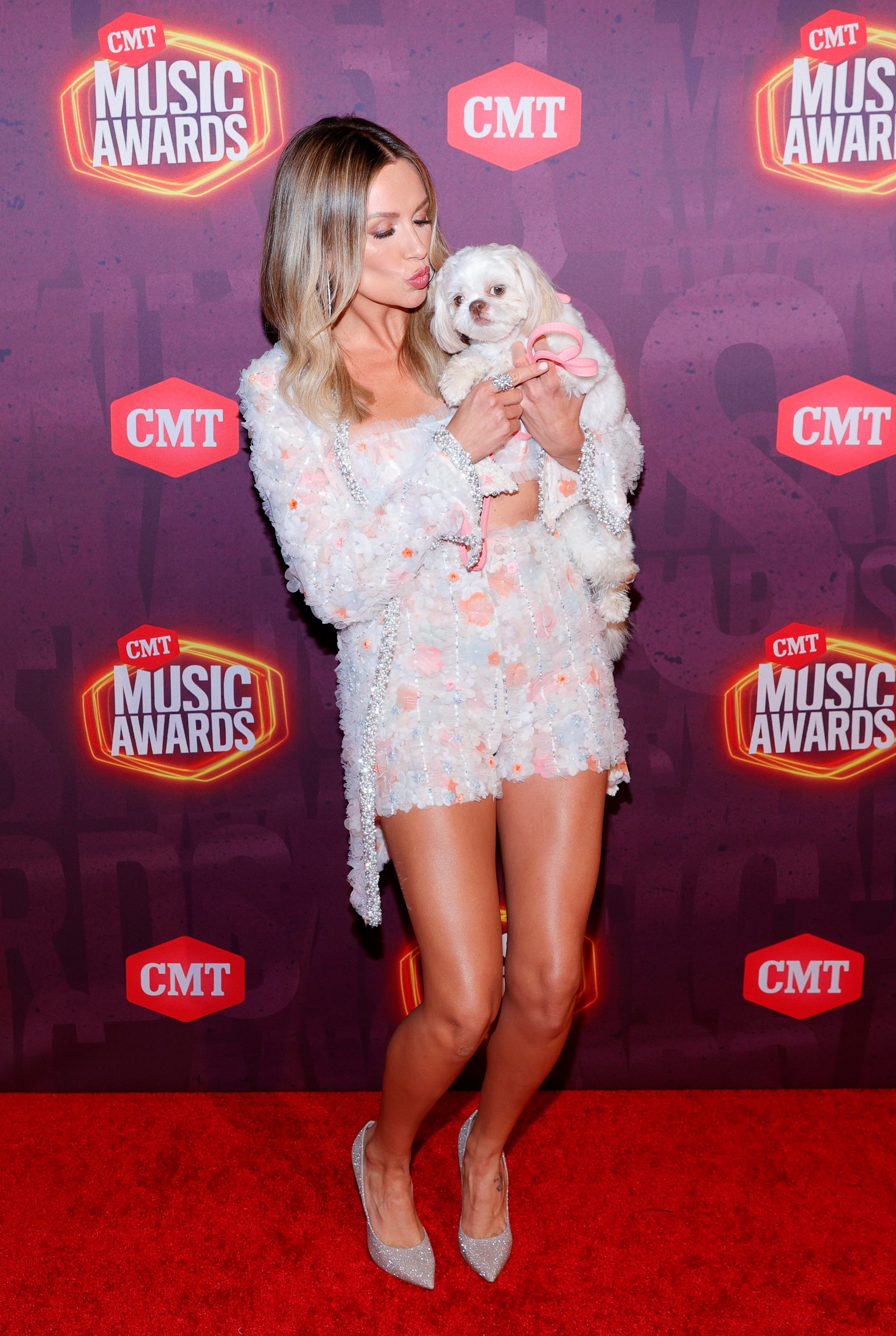 The Next Girl singer wore her shoulder-length hair styled in light waves and had a huge smile as she arrived for her Female Video of the Year nomination.

Dave Haywood, Hillary Scott and Charles Kelley of country music group Lady A arrived at the awards ceremony with a splash of color.

Hillary Scott looked bright and seasonal in a multi-colored striped dress with an empire waist, cascading layers, and sweeping fringe down the front. 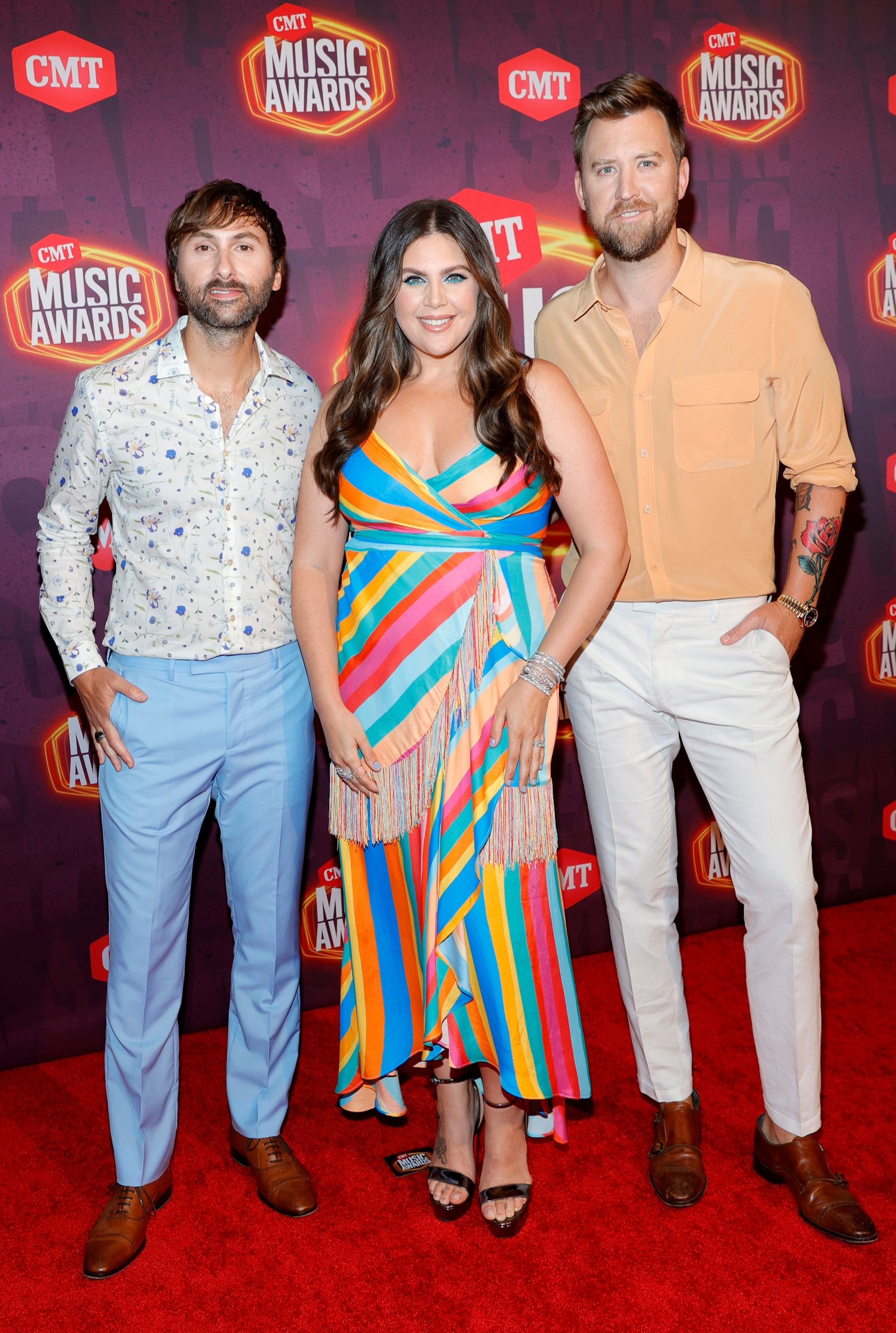 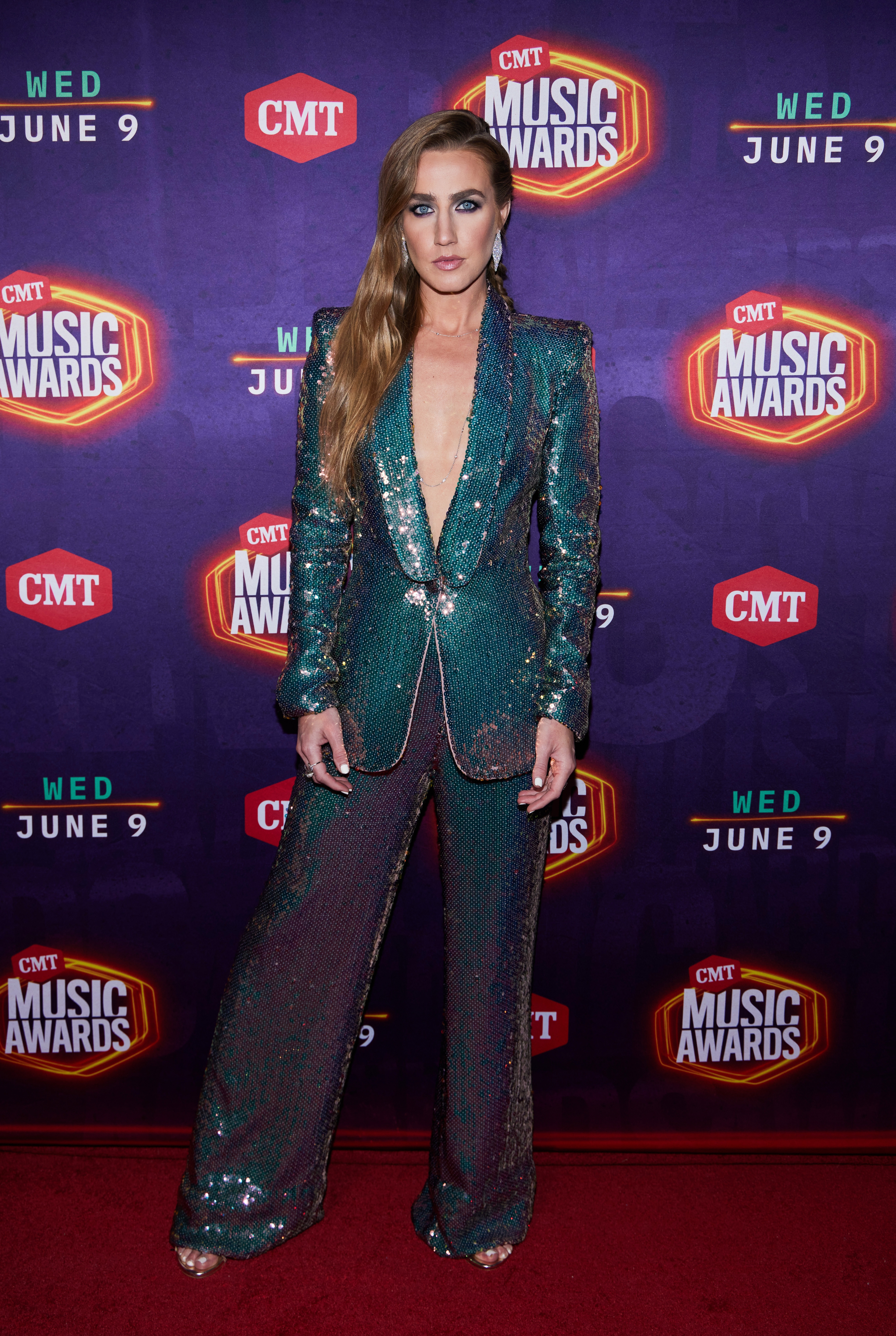 Charles Kelley went for a simple shade of peach dress shirt and white pants, finished off with brown dress shoes.

The trio was nominated for Best Duo/Group Video of the Year for their single Like A Lady.

The outfit and full glam makeup made her eyes pop, and her long brown hair was swept to the side in beachy waves. 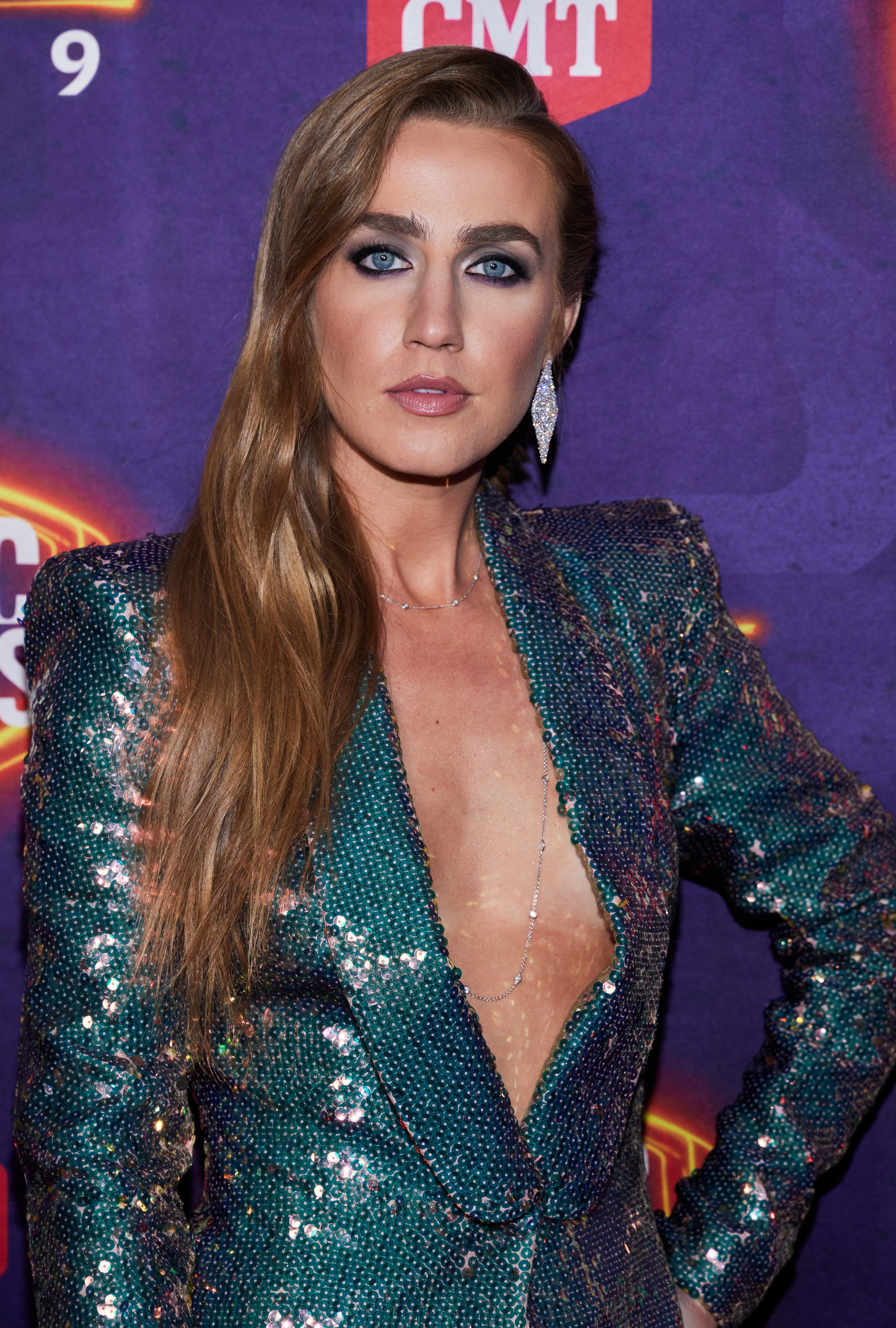 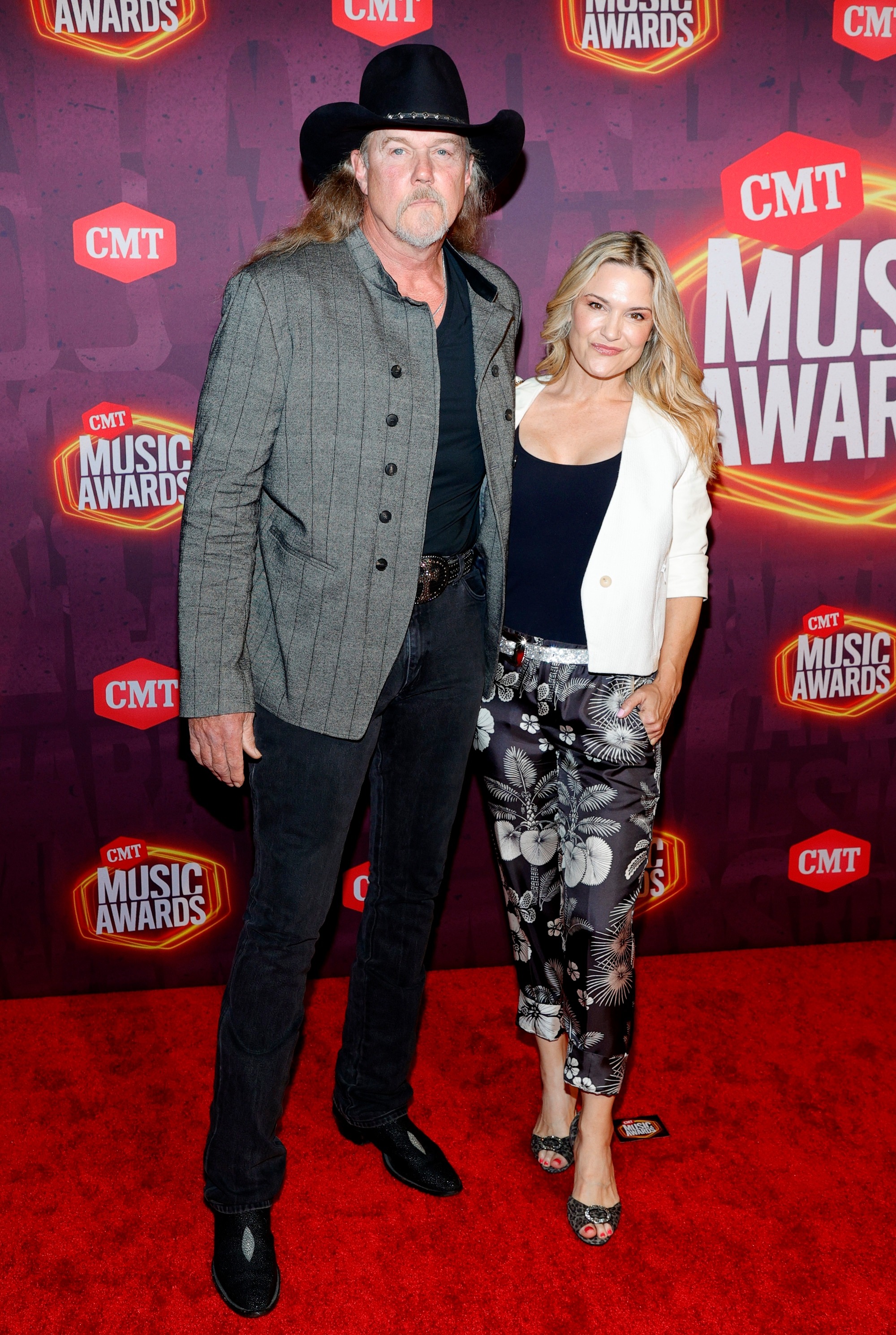 The 29-year-old star was nominated for Video of the Year for her track Lady Like. 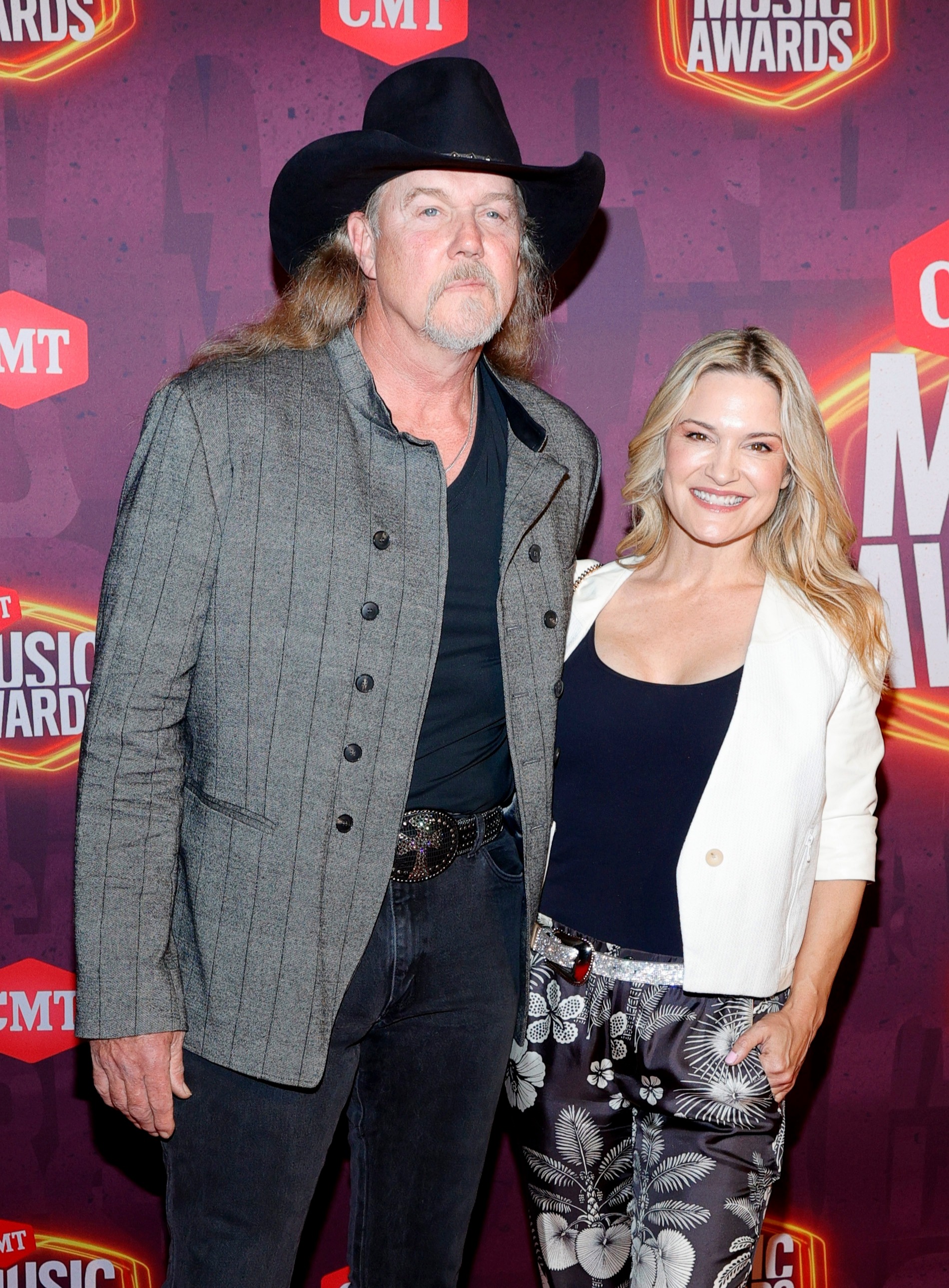 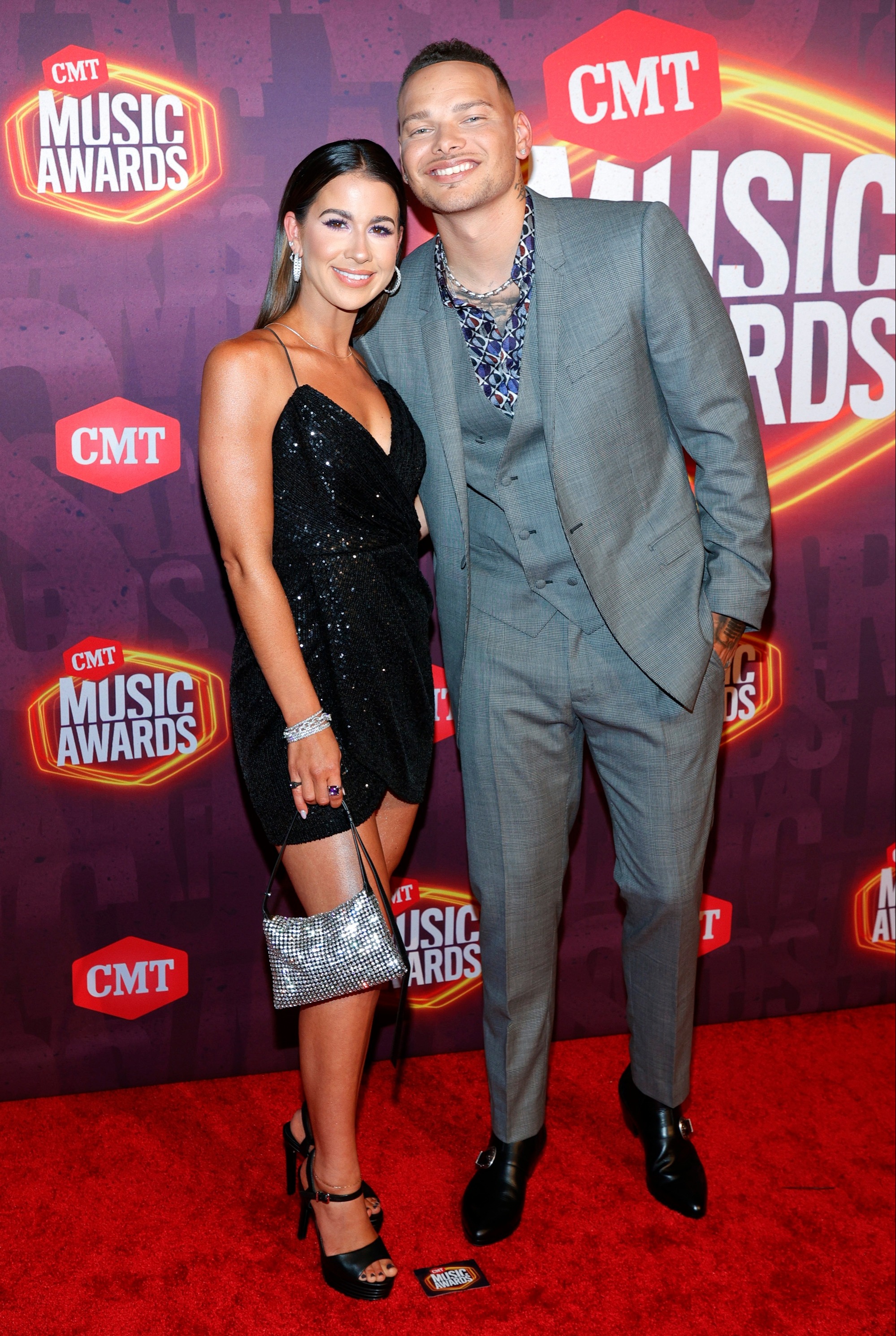 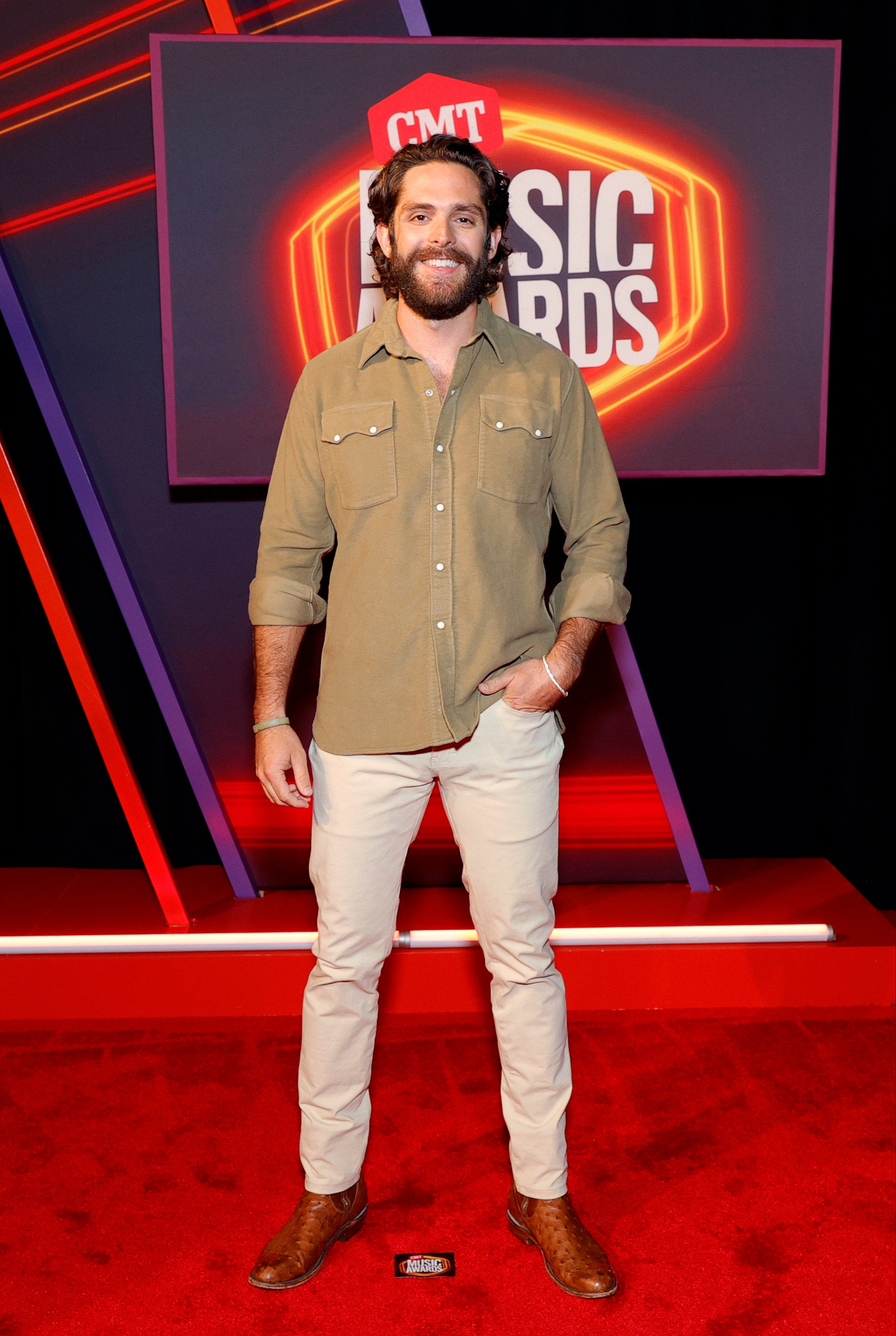 The Die A Happy Man singer wore a big smile as he celebrated his nomination.

The musician was recognized in the Male Video of the Year category for his single What's Your Country Song.

Thomas celebrated his nomination solo, as his wife, Lauren Akins, is currently expecting their fourth child at any time.