Sally Metcalfe (played by Sally Dyneovor) distracted Coronation Street viewers as she chatted to Gail Platt (Helen Forth) while they walked through Weatherfield. The ITV soap stalwart later joined in with Abi Franklin’s (Sally Carman) protests to bring down Ray Crosby (Mark Frost) but fans couldn’t keep their eyes off of Sally’s beret.

Gail began: “29 years I’ve lived in that house and I don’t know where we’ll be in two weeks.”

“Well can’t you move in with your mum?” Sally asked.

“We’re not talking to each other, she was siding with the enemy,” Gail replied.

“Maybe you should cash in and move away from Weatherfield,” Sally replied. 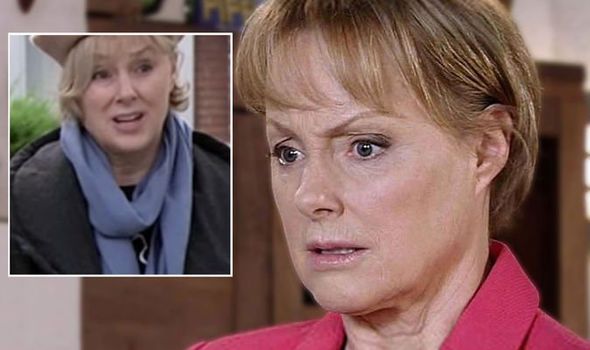 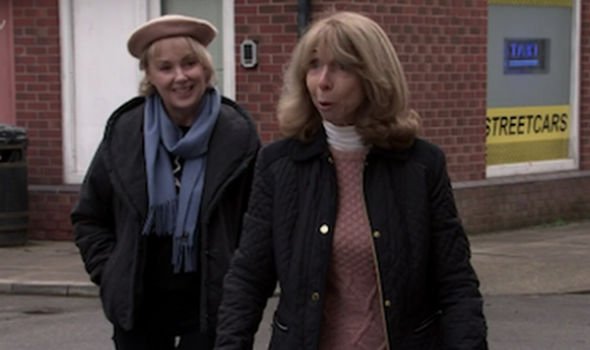 Sally then pointed out why she was so excited to be leaving the cobbles for her new property.

“I don’t think you could afford it, actually we got a huge discount and anyway I think they’ve sold all the houses off the plan,” she said.

“Are you worried we’ll lower the tone?” Gail asked.

“Well I think you’d quite like it actually it’s all farmers markets and restaurants,” Sally explained. 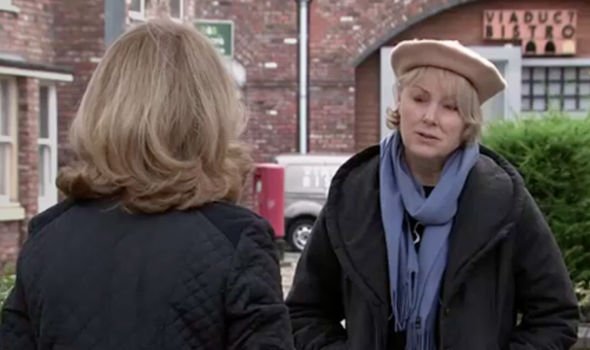 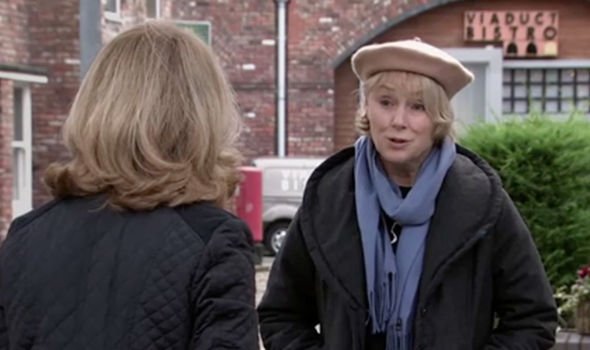 “We’ve got the Bistro and Dev does the odd bit of fruit and veg,” Gail argued.

“There are three art galleries nearby,” Sally said.

“I don’t know how you’ve managed all these years without one,” Gail quipped.

“Well I’m passionate about art I did a night class on the impressionists,” Sally replied and Gail joked: “Oh like Bobby Davro?”

Coronation Street fans couldn’t keep their eyes off of Sally’s beret and took to Twitter to comment.

A third added: “The whole world is falling down, and I’m just laughing at Sally’s beret on #Corrie.”

Someone else wrote: “#What the hell is Sally wearing on her head? #Corrie.”

“#Corrie Is it wear a silly hat day in Weatherfield? I thought Abi had won it with her Mickey Mouse impression, but Sally’s tribute to Frank Spencer has blown her out of the water,” another tweeted.