Jenny Connor (played by Sally Ann Matthews) has enjoyed spending time with B&B guest Ronnie Bailey (Vinta Morgan) over the last few months but their chemistry bubbled over in tonight’s Coronation Street leading to the pair sleeping together. Although Jenny later made it clear she regretted the moment of passion, ITV viewers suspect she won’t be able to forget her actions as she’ll fall pregnant.

In tonight’s instalment, Jenny offered Ronnie some advice on how to make amends with Ed Bailey (Trevor Michael Georges).

Ronnie decided on having Ed’s camper van painted and Jenny was impressed when he invited her along to see the finished result.

When the pair returned to the B&B, they gave into temptation and slept together.

However, Jenny was mortified when she discovered she wasn’t the only one who had cheated on a spouse.

Ronnie’s wife Kat Bailey (Melissa James) joined Ronnie and Ed in the Rovers much to the surprise of the landlady. 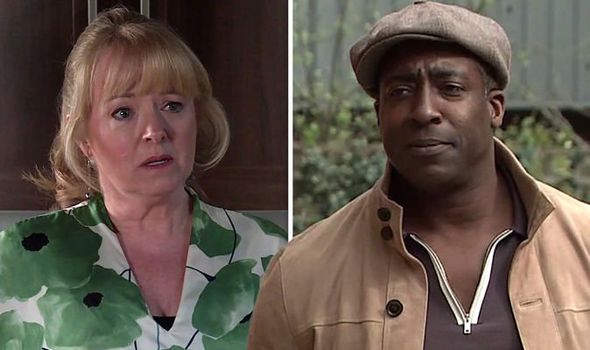 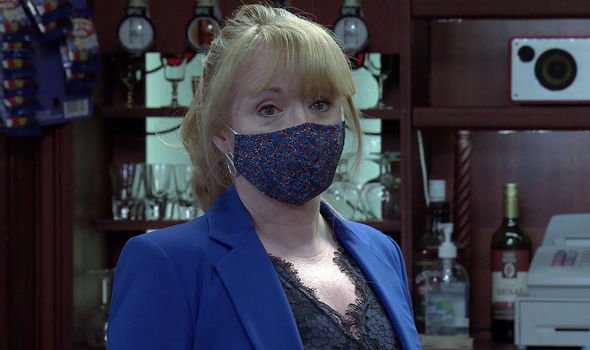 “Why didn’t you two tell me you were married the first time we met?” Ed asked his brother.

“I was trying to forget,” Ronnie quipped before Kat asked Jenny: “I don’t suppose you do food in a place like that.”

“Only bits and pieces we find in neighbours’ bins, pigeons that get run over, we get by,” Jenny quipped.

“Nice service in here, I must say,” Kat said before Jenny threw a packet of crisps at her.

“Sorry, I was trying to be socially distant,” she remarked before Ed warned: “Never insult the north to a northerner.” 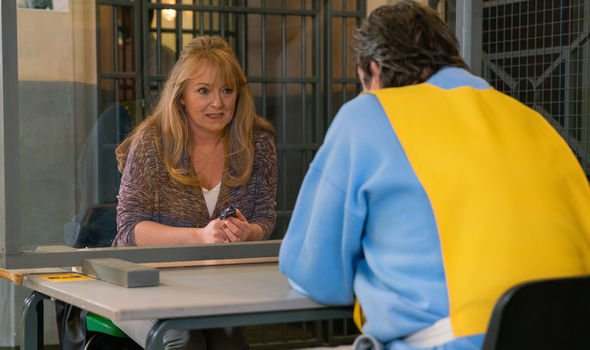 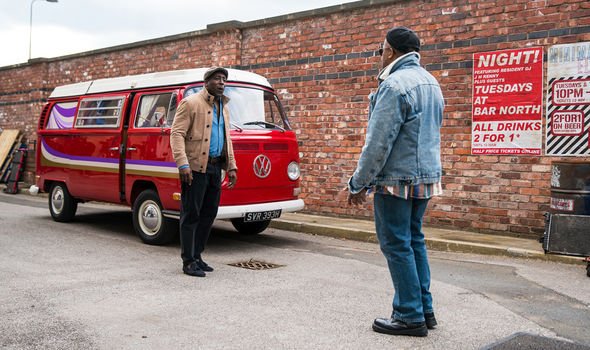 “Oh no, I’m finishing up soon, going to polish my clogs and put my tea towel through a mangle,” the landlady quipped.

“Fill me in where did you meet?” Ed asked Kat while Jenny continued to listen in.

“Three years ago, Ibiza it was magical, he proposed to me when we skinny dipping in the sea and a week later we tied the knot. We were happy that first year,” she replied.

Ronnie interjected: “Until I found out that she and my best man were seeing each other behind my back.

“You were cheating on me before the ink was even dry on our marriage certificate.”

Later, Ronnie assured Jenny he was finished with Kat but she told him it didn’t matter.

“Jenny, if you’re upset about Kat I swear to you it’s nothing,” he said.

“You think I care about that? It’s me I’m upset with lusting after you like a lovesick schoolgirl, lapping up the compliments, hiding out in a camper van when I’ve got a million things I need to do here,” she explained.

“I’ve got a sick husband coming home, how pathetic am I?”

“Don’t beat yourself up, you’ve had a lot on your plate recently and I thought you could do with having a bit of fun,” Ronnie pointed out.

“Yeah probably do but this doesn’t feel much like fun, does it?” Jenny said before asking her lover to leave.

Although the landlady has made it clear she doesn’t want to repeat her afternoon of passion with Ronnie, ITV viewers suspect she won’t be able to forget her betrayal.

“Do you think Jenny and Johnny will get back together and then Jenny will end up pregnant with Ronnie’s kid? #Corrie #CoronationStreet @itvcorrie,” a third asked.

Someone else added: “I bet Jenny will be pregnant #corrie.”

Coronation Street airs on Mondays, Wednesdays and Fridays on ITV at 7.30pm.