Coronation Street resident Kevin Webster (played by Michael Le Vell) has been well and truly loved-up in the last few months after his colleague Abi Franklin (Sally Carmen) finally admitted her feelings for him. The pair have gone from strength-to-strength and are enjoying each other’s company but it seems there could be trouble in paradise when Kevin’s sister Debbie Webster (Sue Devaney) makes another return to the cobbles later this year and makes her dislike of Abi very clear – what will Kevin decide to do?

Fans of the long-running soap saw Debbie briefly return late last year after more than 30 years away from the cobbles.

She returned with some news for her brother.

Debbie told her sibling one of their aunts had passed away and the former had received £200,000 in inheritance.

But with Debbie realising she did not need the money, she decided to give it away to her beloved brother. 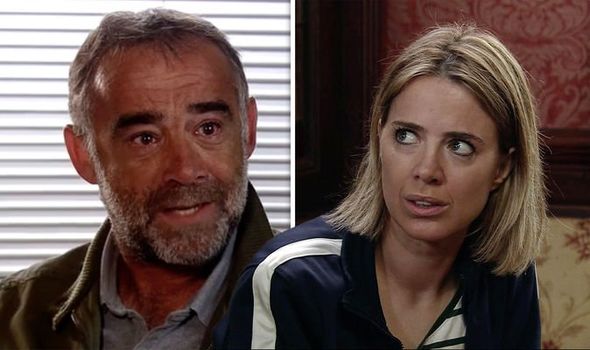 In the months since Debbie’s departure, Kevin has found happiness in the form of his colleague Abi, who he finally began a romance with this year.

However, it’s been reported the feisty character is set to make another comeback to the cobbles in a bid to split the pair up.

Debbie will take a dislike to the pair’s relationship and become distrustful of Abi.

But will her attempt to split up the pair be successful or will this be the beginning of a new family feud for Kevin? 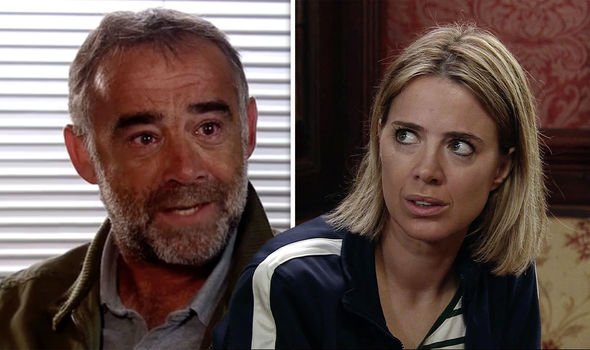 Long-term fans of the programme will know Kevin hasn’t always had the best of luck when it comes to his love life.

When his previous wife Sally Metcalfe (Sally Dynevor) discovered he had been sleeping with Molly Dobbs (Vicky Binns) the pair’s marriage came to an end.

Despite Debbie being amongst the first to realise Abi’s feelings, she will soon express her disapproval when she makes her return.

The veteran star of the cobbles is set to stay until at least next year, The Sun has now reported.

But will she be coming alone or is it possible she will be bringing some more of the Webster clan in tow with her?

It comes after actress Sally – who plays the mechanic – recently teased trouble ahead for the couple.

Sally Carmen told The Sun: “I’m not sure they can have a happily ever after.

“Abi is chalk to his cheese. She’s younger, she’s unsettled – her motives for wanting to be with him are genuine and true but I don’t think they’re planted in true love.”

Elsewhere in Weatherfield, the residents will be starting to deal with the aftermath of the hit-and-run incident which occurred last week.

Villainous Gary Windass (Mikey North) stepped in as the hero to save Sarah Platt (Tina O’Brien) from being run over by the oncoming vehicle.

Next week’s episodes will see Gary in a hospital bed, with Sarah deciding to conceal the truth about his involvement in Rick Neelan’s (Greg Wood) death.

But how long will Gary’s secret remain hidden for?