Coronation Street unveiled their official 60th-anniversary cast photograph this week, which celebrates the programme reaching a broadcasting milestone. The current storylines are gearing up to the big anniversary special which will see the whole community come together and revolt against Ray Crosby’s (played by Mark Frost) plans to redevelop Weatherfield. But some residents are unaware there are traitors walking the cobbles, and their involvement in the businessman’s plans will be revealed in due course. One of those is Natasha Blakeman (Rachel Leskovac) and during an interview with express.co.uk and other press, the actress spoke about the deal she has struck with Ray.

The reason why Natasha appeared to return to Coronation Street was because of Sam, who was later revealed as Nick Tilsley’s (Ben Price) son.

While Natasha allows the young boy and his father to make up for lost time and get to know one another, she is busy with her own venture.

Fans of the soap may not be aware, but Natasha has her own successful business and the actress soap briefly about her character’s background.

“She is still in the hairdressing business; she runs a couple of salons,” Rachel said. 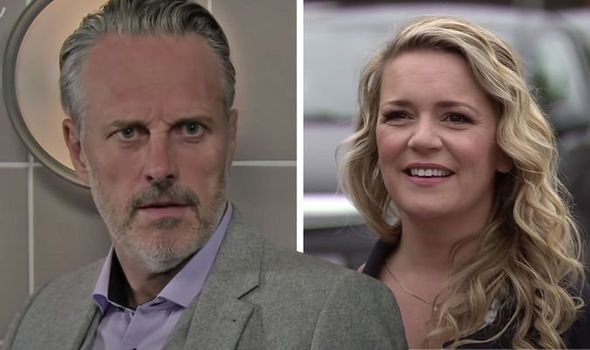 “And it’s scripted that she’s hoping to open a third so she’s a businesswoman – and a good one at that.

“So she’s obviously really good at a job and has absolutely thrown all our efforts into that and her son.”

With the actress discussing the possibility of opening a third hair salon, perhaps she knows Ray?

The crook has been doing dodgy deals up and down the cobbles since his arrival. 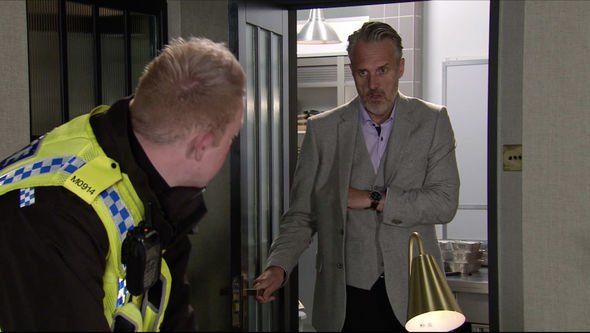 He was first brought in as a sleazy hotelier and struck up a relationship with Bistro’s former owner Michelle Connor (Kym Marsh) before taking over her business.

Corrie fans saw him snap up Webster’s Autocentre, before adding the Furniture Shop to his books.

Gary Windass (Mikey North) then realised Ray was creating a monopoly for himself, and the loan shark agreed to sell the Underworld land to Ray and offered to help him convince others to sell up too.

Slowly, the residents who live on the street on the side of the factory have been handing over their houses to the crook, unaware of his development plans. 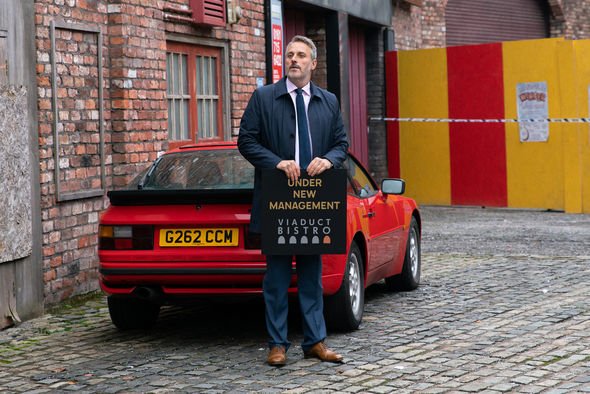 Alongside his ideas for a hotel, Ray is planning on building his empire up with a variety of shops.

Could one of them be a hairdressing salon for Natasha?

After all, Audrey Roberts’ (Sue Nicholls) shop is currently being run by David Platt (Jack P. Shepherd) while she is away.

With business not going well for the ionic salon, perhaps it is time for a new rival to emerge.

Whether or not the Speed Daal restaurateur will get justice for enduring years of coercive control, viewers will have to wait and see.

And there is also the question of whether Geoff sticks around should the truth emerge.

Coronation Street airs Monday, Wednesday and Friday at 7.30pm and 8.30pm on ITV.