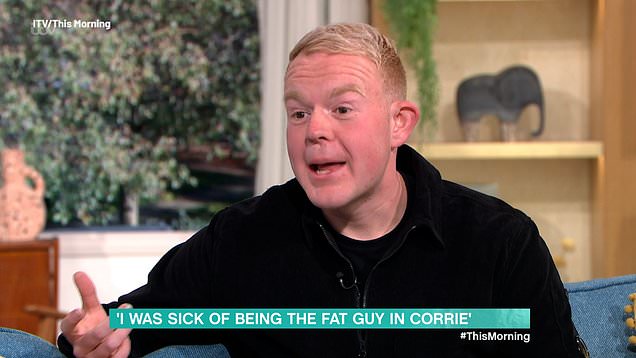 Colson Smith has revealed that he was bullied for his weight aged 11 after first appearing on Coronation Street.

The actor, who portrays Craig Tinker in the ITV soap, joined in 2011 and quickly received awful messages from viewers online.

Speaking to Phillip Schofield and Holly Willoughby on This Morning, the 22-year-old said he was ‘excited’ after the first episode aired.

This led him to jumping on Twitter to find out what people were saying about his performance.

‘From a young age I’d always had a difficult time in school because I was the odd one out and then for being 11 and being in the public eye.’ 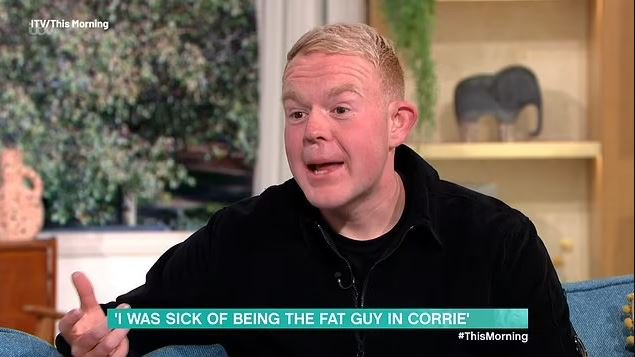 Phillip looked aghast when he asked: ‘They were trolling you at 11?’

Colson shared that often people don’t think actors see the nasty things they write about them, which isn’t the case.

The star said he actively looks for the mean things people say.

‘As an actor and someone who wants to perform and be in the public eye … you have to learn to just get along with it,’ he said.

‘[Trolling is] part in parcel of the job, it shouldn’t be, but it is.’

It was lockdown that encouraged the actor to look after his health and fitness, which saw him lose weight.

This period of time was the perfect opportunity for Colson to stop and focus on what was really important to him.

Speaking about the weight loss, he said: ‘I realised it was more important for Colson than Craig on Corrie.

‘I learnt how much respect I had for myself back then versus how much self-respect I have now. It has changed a lot. A little bit of self-investment for yourself goes a long way.’

Colson previously told Metro.co.uk that he was ‘self-harming’ with food after being trolled over his weight.

The soap star, who documented much of his weight loss journey on social media, decided to lose weight as he wanted to live his life with ‘no regrets.’

He is set to release a short film documenting his transformation – entitled Bored Of Being The Fat Kid – next month.

This Morning airs weekdays at 10am on ITV.