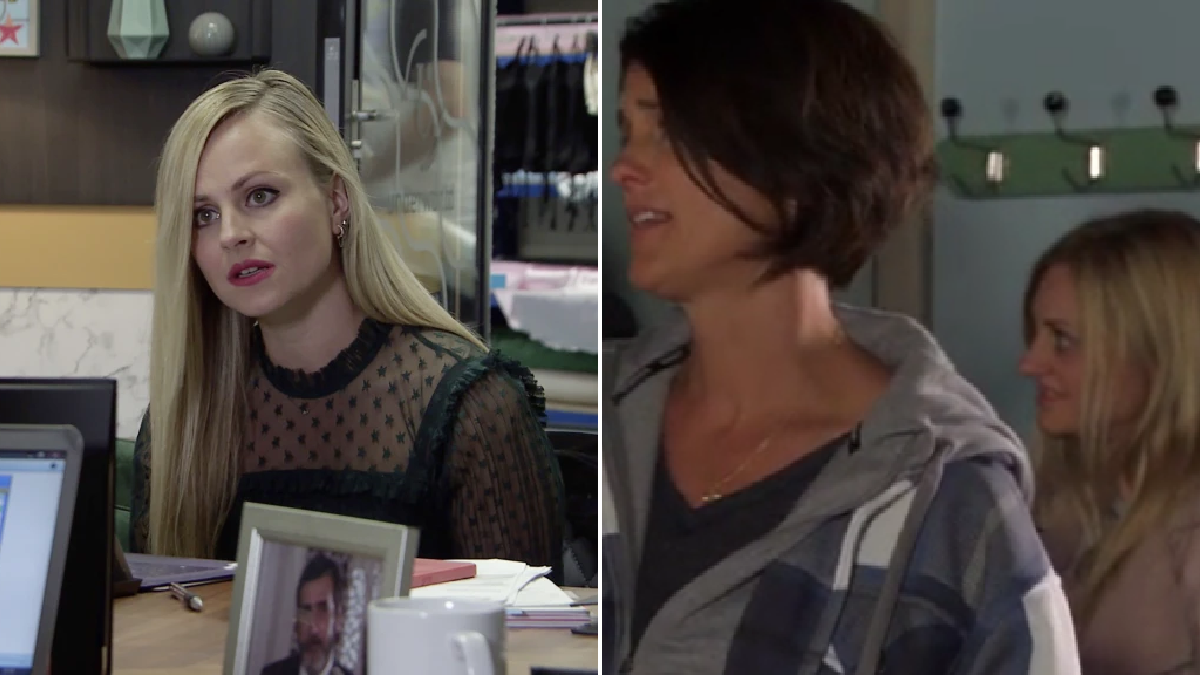 We were rubbing our eyes in confusion tonight when we spotted Sarah Platt had made the trip from Manchester to sample the tastes of Kathy’s cafe – but do the barms match up to Roy Cropper’s offerings?

Coronation Street’s Tina O’Brien has a Walford double as we clocked a supporting artist in EastEnders who we could have sworn was her.

It’s not by the way – apparently, although we’re far from convinced.

As Sarah is used to, things were kicking off in the cafe but her extra wasn’t even looking at drunken Eve’s rampage in the cafe, too drawn in by her conversation with a man – who doesn’t look like any soap star sadly.

We dare you to tell us that she doesn’t look like Tina – go on, try it. You’re wrong if so.

Anyway, we suppose we better get you up to date on what was going on with Eve.

She had hit the bottle in a big way and was having quite the go at Suki, who was allowing her to dig her own grave.

Stacey Fowler entered the cafe to see Eve telling Suki that her children would probably prefer to die than live with her.

As Stacey encouraged Eve to come home, Suki smirked that it wouldn’t be their home for long.

She later told them that they were being evicted as soon as possible and Eve faced more problems when her probation officer rocked up.

Stacey helped her cover things up but it was a close thing. She needs to get herself under control before she ends up back in jail.

Suki is just looking for an excuse!