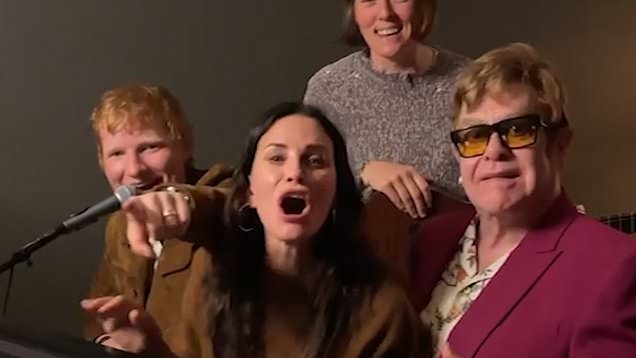 The A-list celebs sang a rendition of Tiny Dancer, where they instead swapped the words out for Tony Danza, referencing Lisa’s character’s line about the song on Friends.

During one of the season’s episodes, she said that she thinks the most romantic song is ‘the one that Elton John wrote for that guy on Who’s the Boss? “Hold me close, young Tony Danza”.’

Tony is of course the actor who played Tony Micelli in Who’s The Boss for eight seasons.

Uploading the video to Instagram, Courteney said in the caption that it was ‘one of the greatest moments of my life’. 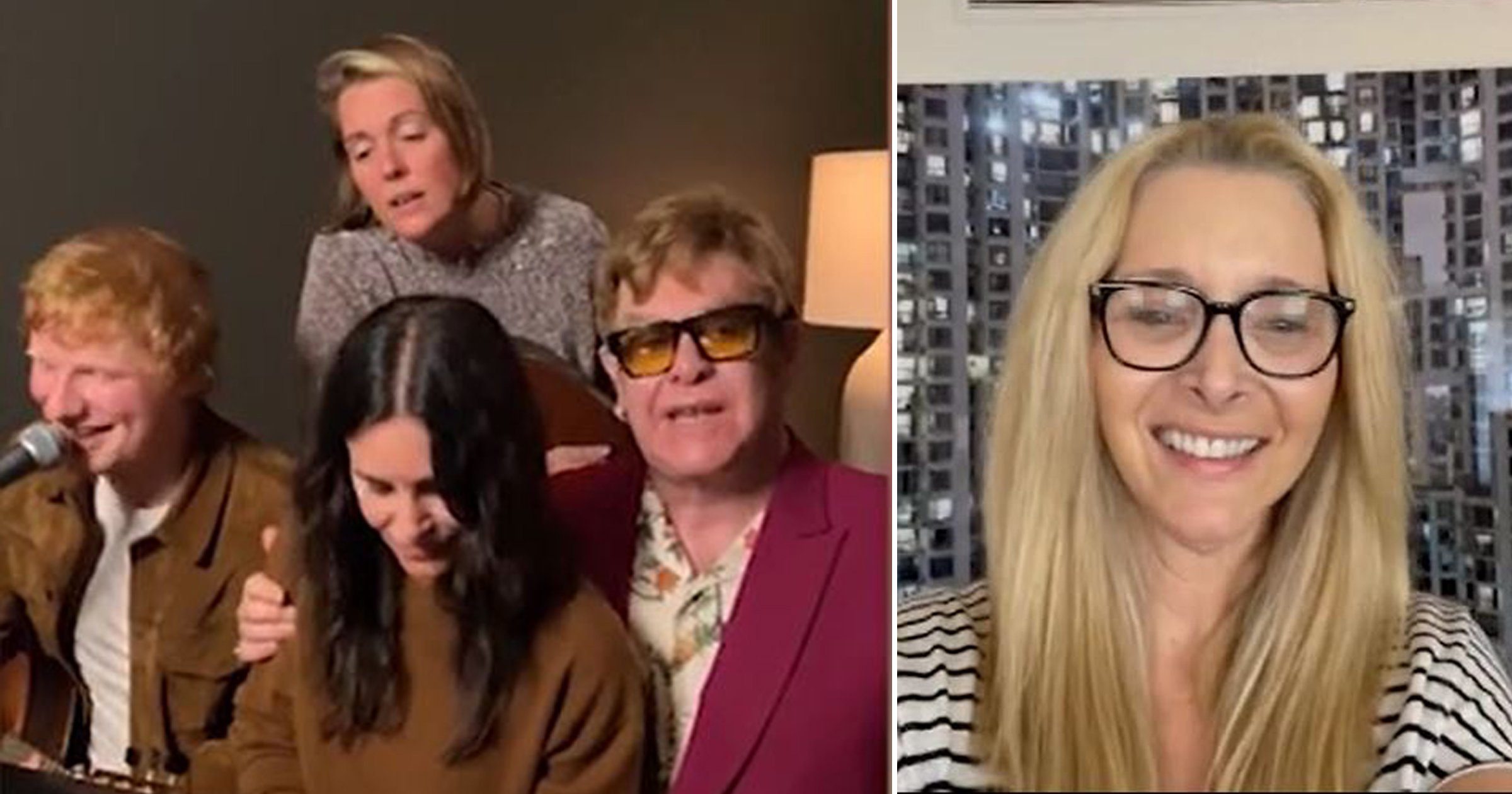 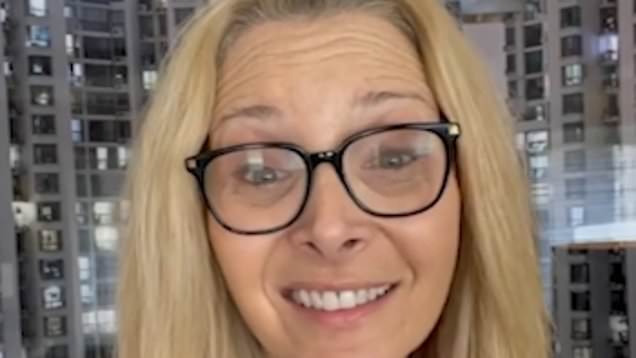 At the beginning of the clip, Ed gave Lisa a special shout-out, saying: ‘Lisa Kudrow, this one’s for you.’

Courteney proved that she has become quite the pianist, as she powered through the song before only a slight mess-up.

Lisa then responded with some feedback in her own video.

‘OK, Ed Sheeran, Courteney Cox, Brandi Carlile and Elton John, that was the most thrilling thing ever. It was so good,’ Lisa chuckled.

‘Technically it’s “Hold me close, Young Tony Danza,” but what you did was great too. And, including the original song that you wrote, Sir Elton, that was really good too.’

Tony also praised the performance, sharing it to his own Instagram account and writing: ‘First “the routine”, now this. You’ve made my day once again! I’m honored!’

The routine he’s referencing to is when Monica (Courteney) and Ross Geller (David Schwimmer), famously performed dance choreography in one memorable episode. Recently, Courteney and Ed came together to film the popular routine.

The pair got everything down perfectly, from Courteney’s fake slap to the chicken leg move, but they literally stumbled right at the end when it came to the big lift.

Ed seemed ready to catch Courteney but she missed and they ended up crashing onto the floor.

Friends is available to stream on Netflix and airs on Comedy Central.