BBC Breakfast kicked off this week with Dan Walker and Louise Minchin at the helm once more, reflecting on some of the biggest headlines dominating the news today. However, amidst the latest news headlines was a report on 80-year-old former music teacher Paul Harvey, who’s been creating music while living with dementia. After learning the BBC Philharmonic have now joined forces with Paul to create an impactful piece, it didn’t take long for the emotions to get the better of Dan and Louise.

Louise introduced Paul’s story to BBC Breakfast viewers at first, saying: “You might have seen here on Breakfast, we’ve been following the story of 80-year-old Paul Harvey,

“The former music teacher living with dementia, whose skills on the piano turned him into an internet sensation.”

Dan weighed in: “It’s been a wonderful story to follow and using just four random notes, Paul created a melody which inspired the BBC Philharmonic to turn it into a full orchestral piece. 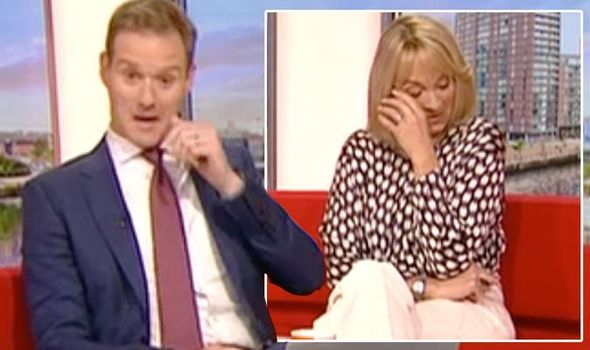 What followed was an emotive piece of music courtesy of Paul and the BBC Philharmonic.

And the former teacher was visibly emotional after the orchestra had decided to join forces with him.

However, he wasn’t the only one as when the cameras returned to the studio, Dan and Louise were left wiping away tears.

“There’s nothing like bringing a tear to your eye at 25 past six,” Louise said as Dan wiped away a tear.