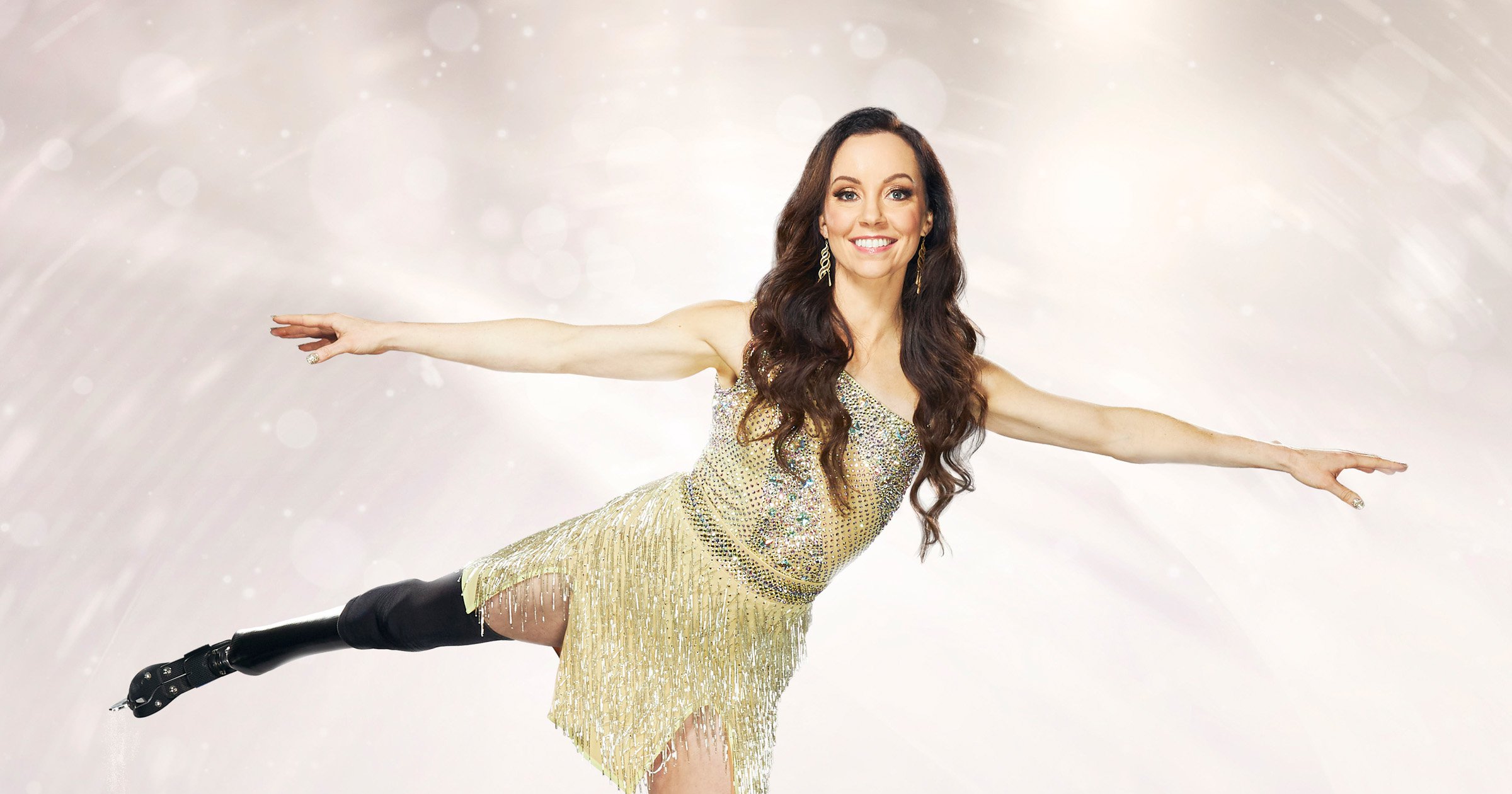 Paralympian Stef Reid spoke out about the process of making her prosthetic ice skating blade ahead of taking part in Dancing On Ice, ahead of her debut on Sunday.

Stef is one of the remaining six stars who will be taking to the ice for the first time this weekend hoping to impress the judges and viewers at home.

The triple Paralympic medallist is a force to be reckoned with and is already one of the favourites to go all the way with her partner Andy Buchanan.

But Stef recently spoke out on how she’s never felt limited by her circumstances.

Chatting to Metro.co.uk and other press before her appearance, she spoke out on how her skating blade was designed and how ‘grateful’ she feels to have access to the technology that creates it.

She shared: ’It’s been amazing. I’m so fortunate that my whole life I have had access and funds to get amazing… prosthetic technology is amazing.

‘I know that’s not everyone’s scenario around the world,’ she noted, ‘So I feel really grateful.’

Stef recalled phoning up her prosthesis Richard, who makes her running blades, and asking him whether he’d be up for taking on the challenge of making a skate blade.

But she admitted she had ‘no idea’ what it would need to do.

She continued: ‘We literally had eight weeks to come up with something. And is it perfect? No, we didn’t have enough time. But it is the best we possibly could have come up with in that space of time.

‘Everyone keeps asking about the technology of it, it’s not high tech in the way that you would expect.

‘We actually found the best way we needed to have an immobile ankle. So there’s no hydraulics, nothing on it moves. It is just one solid piece.’

Explaining the reasoning behind this decision, Stef said: ‘At the end of the day, that was what gave me the confidence, I needed to know, in order to balance each time I stepped down, it wasn’t going to move and I kind of knew what I was getting out of it.

‘So the real genius and it is actually how basically, a foot and ankle can move in a million different combinations of positions.

Whereas we had to fix it, there’s one position and so it was a choice of that position, and just making the most of it.’

It comes after judge Christopher Dean recently commented on the excitement of watching it come together in the weeks leading up to her debut.

‘The fact is, after she got it right, we saw a tape of her skating and to begin with, you would not know there was a prosthetic,’ Chris said to Metro.co.uk

He added: ‘I’m excited to see what Stef’s going bring, she’s such an inspirational person. For her, it’s not a handicap in any way – she loves it!’

Dancing On Ice continues on Sunday at 6.30pm on ITV.