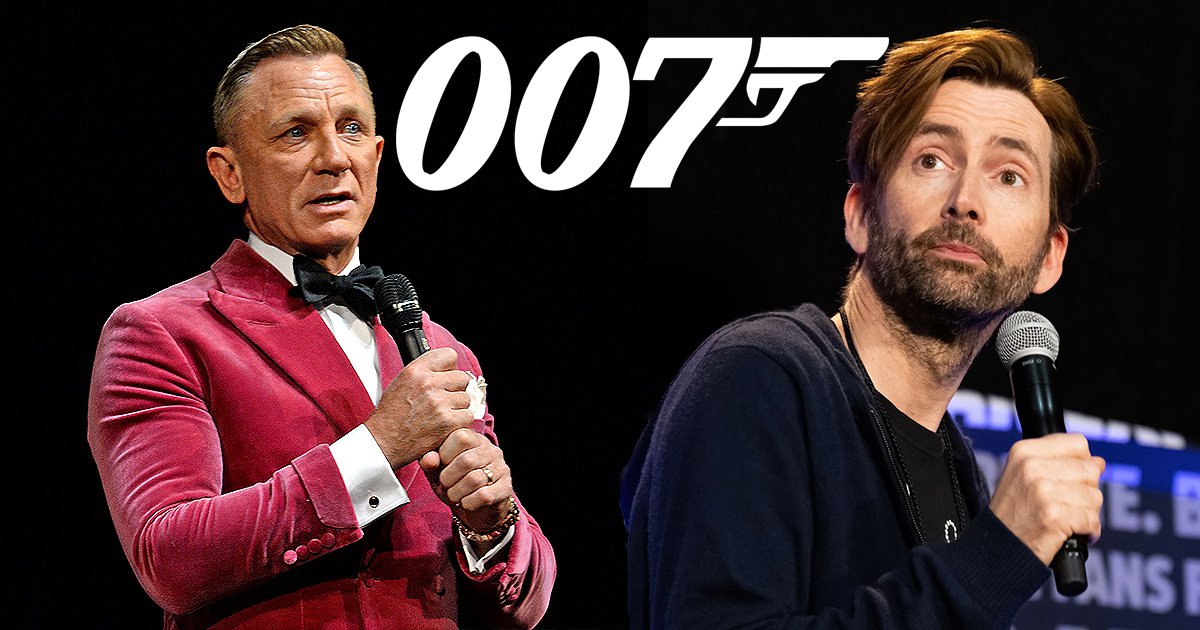 David Tennant has revealed he was in the running to be cast as James Bond instead of Daniel Craig – but only found out years later.

The Doctor Who actor had no idea he was floated as an option to play 007 until he was told that producers Barbara Broccoli and Michael G Wilson had put him on the coveted list before Daniel was cast.

Asked if he had ever been in the running, David, 51, said: ‘I never believed I had, until I worked with a director recently who had worked with the Broccolis who said, “Yeah, you were on the list that time.”

‘I was like, “What time? What are you talking about?” He went, “Yeah, the last time.” I suppose it must have been Daniel Craig, before that I would have been a child.’

He added on the Acting For Others podcast: ‘I think it was quite a long list and I don’t think I was ever very near the top of it. But apparently so.’

Of course, Daniel took on the role of Bond in 2006, playing the secret agent for an incredible 15 years before bowing out in No Time To Die.

David wasn’t short of coveted roles himself though, being cast as the 10th Doctor in Doctor Who and starring in the role from 2005 to 2010.

The producers are currently on the hunt for the new Bond after Daniel’s rather explosive exit in No Time To Die, with the pair revealing that the new actor will have to dedicate a good 10 years to the role.

As rumour after rumour floats about the internet about who the next Bond could be (Idris Elba? Tom Hardy? Rege-Jean Page?), producers Barbara and Michael explained it’s still ‘early days’.

‘The thing is, it’s going to be a couple of years off,’ Barbara said.

And when we cast Bond, it’s a 10-, 12-year commitment. So he’s probably thinking, “Do I really want that thing?” Not everybody wants to do that. It was hard enough getting [Daniel Craig to do it].’

Michael added to Variety: ‘And he was in his early 30s at the time!’

While Idris has reportedly distanced himself from the role, the casting is still very much in the air.