BBC murder-mystery drama Death in Paradise is set to air an explosive double-bill this week, with fans worried about the fate of the island’s mayor, Catherine Bordey (played by Élizabeth Bourgine). As ever, the show will be packed with cameo appearances from a host of famous faces but whilst speaking to Express.co.uk and other press, DS Florence Cassell actress Josephine admitted she has to turn to Google when she has new cast members join the team, due to not based in the UK herself.

DS Florence returned at the beginning of the show’s 10th-anniversary season much to the delight of fans.

She has had to quickly try and learn how to deal with DI Neville Parker’s (Ralf Little) unconventional methods of solving crimes.

However, the pair have struck up a bond and she is settling back into island life well, with more returns and additions set to come.

But with the show being known for its array of guest stars, Josephine has now spoken out on often not knowing who they are. 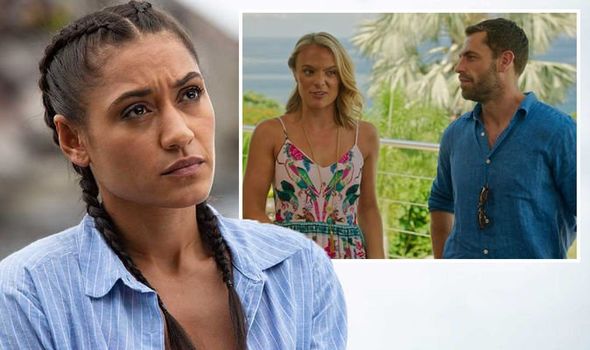 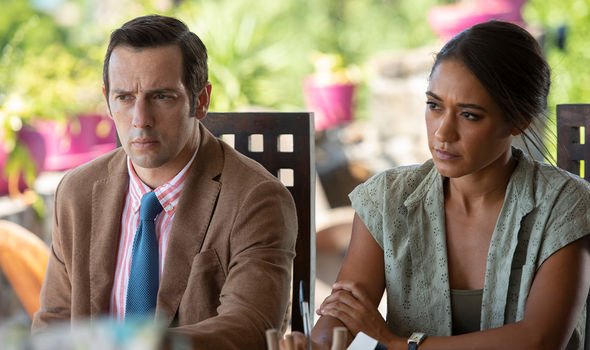 She explained: “You will tell me, Élizabeth [Bourgine], because I’m French, I don’t know most of these people.

“I mean, some of them are huge stars, very well known in the UK and then I’m like, ‘Okay?’”

However, she explained how this can be of benefit as she didn’t see the stars as “famous people,” adding: “I just see people as good actors.” 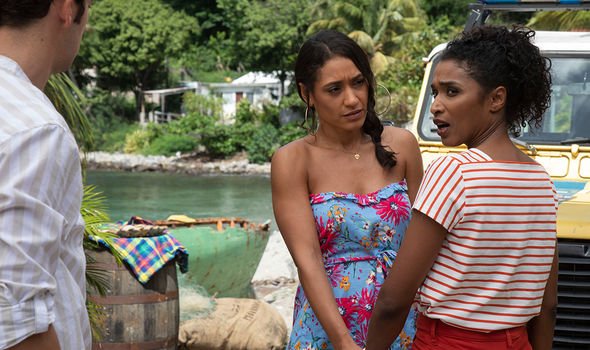 “They are just good actors and good people,” the star added.

Josephine reflected on what it was like to constantly welcome new faces to the island.

The core cast is based on the fictional location of Saint Marie – which is actually filmed in Guadeloupe – for around five months when filming.

“It’s a long time,” she commented. “So, to have new people coming every two or three weeks, they bring new energy and they’re like children at Christmas!

“It’s their first time on the island; they’re so excited to be here on the show.

“We have five months to do things and they only have two weeks. So they’re like children, ‘Okay, so what can we do? Where can we go?’”

Josephine emphasised how she felt having new people constantly arriving brought a “good energy” to the show.

“They’re all so excited and also nice and happy and then you get to know them, and then suddenly they leave!

“Then new people arrive, and the whole process starts again,” she explained.

But how will they both end up making their respective returns to the show?

Death in Paradise airs Thursdays at 9pm on BBC One.