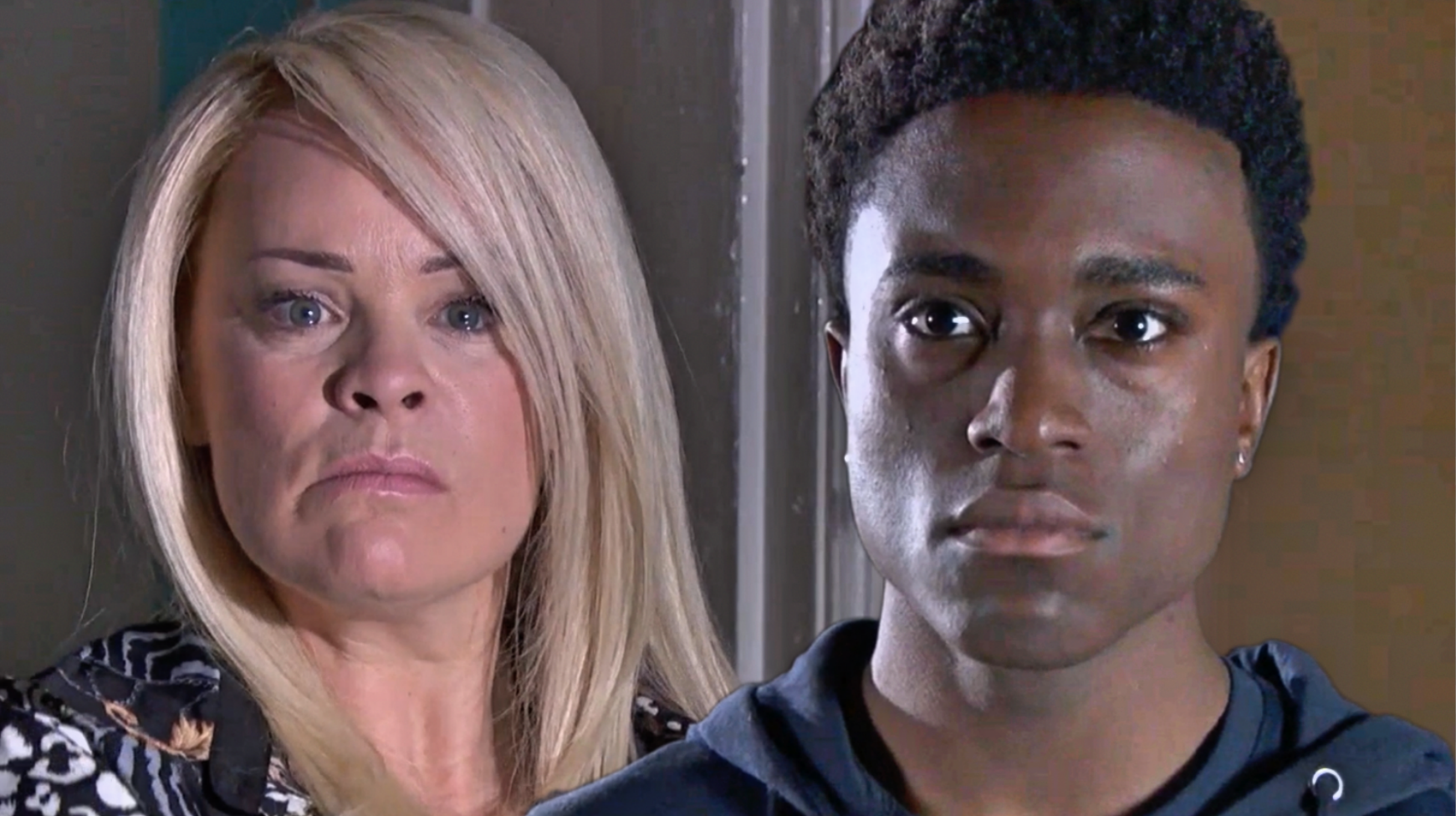 DeMarcus Westwood’s (Tomi Ade) life all but flashed before his very eyes in Hollyoaks, as he stared down the barrel of a loaded gun which was pointed at him by none other than Grace Black (Tamara Wall).

Grace, as viewers know, reckons that DeMarcus is to blame for the death of her beloved Saul Reeves (Chris Charles), who tragically died last month amid a knife crime attack.

The perpetrator was Joseph Holmes (Olly Rhodes), who attacked Saul with the blade in harrowing scenes, before going out of his way to pin the blame for the crime on DeMarcus.

Grace, however, doesn’t know the facts, and with the evidence against DeMarcus piling up courtesy of Joseph, the teen did a runner several weeks ago.

DeMarcus has been in hiding ever since.

Felix (Richard Blackwood) and Zoe Anderson (Garcia Brown), however, reckoned that someone was assisting him, and they were correct – Pearl (Dawn Hope) had been keeping him hidden in the storeroom at Price Slice.

Grace soon copped on to DeMarcus’ whereabouts, and in a bid for revenge, she acquired a gun.

Pearl, meanwhile, sent DeMarcus packing to a more secure location, but Grace got wind of his whereabouts in Tuesday’s (August 9) edition of the serial drama and set off to seek what she believes to be justice.

DeMarcus was terrified as he heard Grace’s signature high heels approach him, and in shocking scenes, the gangster pointed the gun at the teen, readying herself to pull the trigger.

Will DeMarcus die for a crime he did not commit? Will Grace come to her senses? Or will Felix get to her before she can commit murder?

Time is of the essence!

Hollyoaks continues Wednesday August 10 at 7pm on E4, or stream the next episode from midnight on All4.