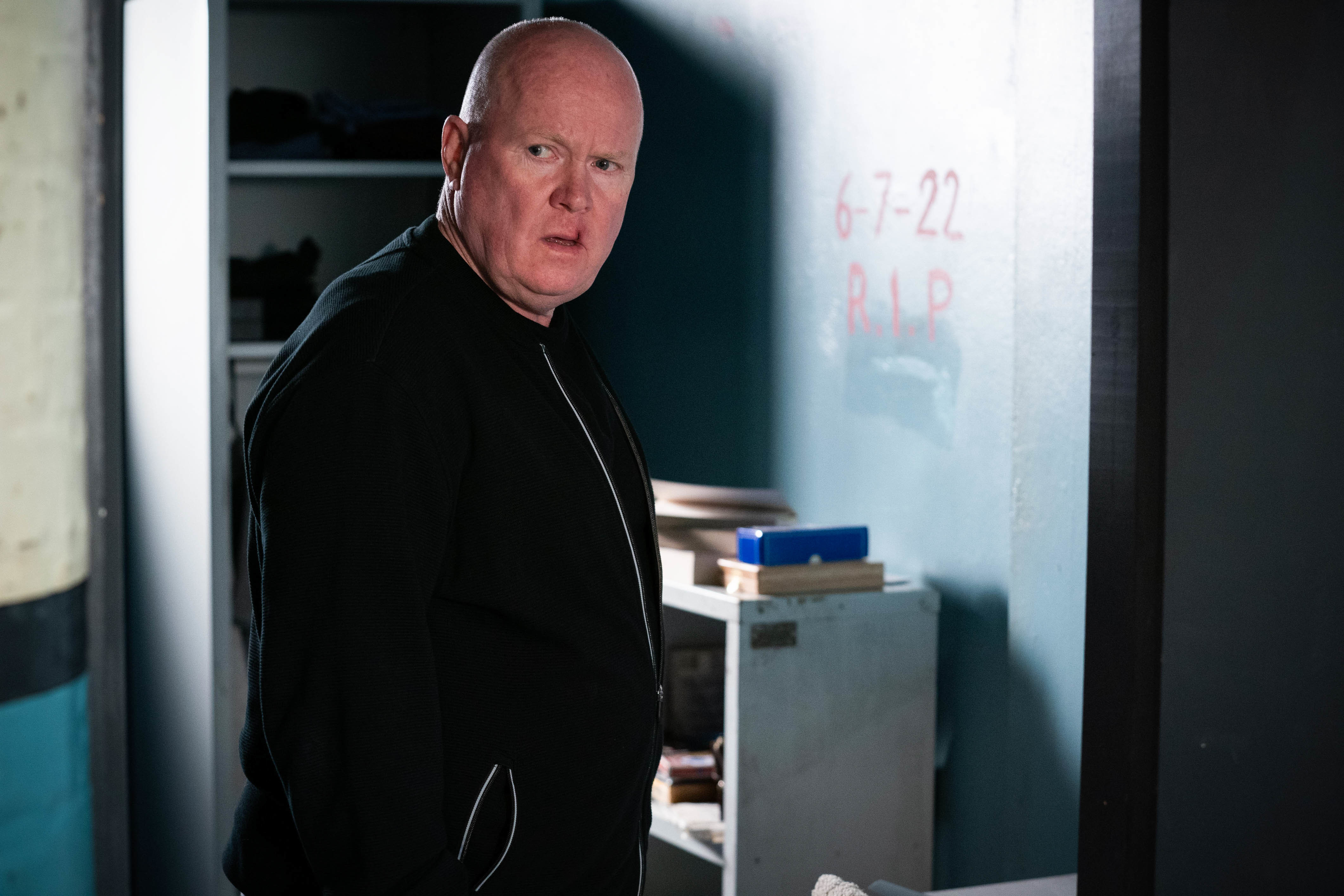 This article contains spoilers for EastEnders episodes which have not yet aired on TV and confirms if Phil Mitchell is going to die.

Phil’s (Steve McFadden) life is on the line this week, after he was targeted by fellow prison inmate Craig Erskine (Connor Mills).

Erskine, as viewers know, issued a dark threat on the legendary soap hard-man’s life, claiming that he will murder him before the end of the week.

Phil, however, had a plan, as he turned his attention to prisoner Ravi Gulati (Aaron Thiara), who he was willing to pay in order to secure protection.

Ravi ultimately got the funds, after Kat Slater (Jessie Wallace) oversaw the transfer before dumping Phil, but things take a dark turn, as Ravi is sent to solitary, meaning that he’s got no-one to protect him.

DI Keeble (Alison Newman) pays him a visit, reiterating that he can secure his freedom and get to safety if he just takes the deal, but Phil is adamant that – even when facing death – he will not become a ‘grass’.

Sharon Watts (Letitia Dean), meanwhile, gets wind of his predicament, and on Phil’s request, she pays him a visit in prison, where he hands her five letters to distribute to his loved ones, remarking that his time is up.

Emotional, Sharon begs Phil to fight with every fibre of his being, but before night’s end, Erskine and his men corner Phil in his cell.

The question is: does Phil die?

Does Phil die in EastEnders and is Steve McFadden leaving?

No, Phil does not die in EastEnders, but Thursday’s (July 7) edition of the BBC One soap, which has yet to air on BBC One but is available to view on iPlayer, reveals that the hard-man is, in fact, declared dead.

Sharon, meanwhile, puts on a brave face in order to ensure Phil’s ‘final’ wish is carried out and that Peggy’s nightclub opening is a success.

But as the Doof Doof sounds, Phil arrives at Peggy’s opening, all smiles – and he’s very much alive!

EastEnders airs Mondays to Thursdays at 7:30pm on BBC One, or stream all of this week’s episodes on BBC iPlayer right now.