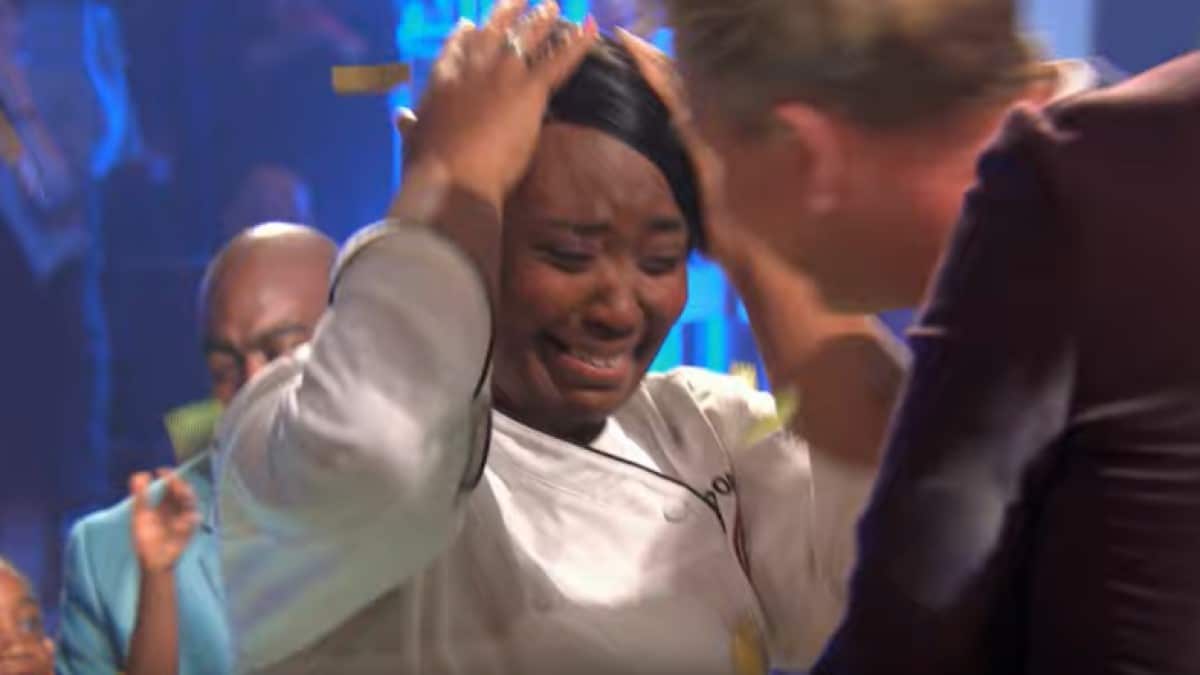 The MasterChef 2019 winner was revealed Wednesday night on FOX. It was the ending to a long season of the show, with a new home cook earning the MasterChef title.

Dorian Hunter, Nick DiGiovanni, and Sarah Faherty were the final three home cooks standing after a grueling season. The hosts threw everything they could at the contestants as part of the Season 10 celebration.

The judges for this season were Gordon Ramsay, Aarón Sanchez, and Joe Bastianich and they put a lot on the line for the winner. In addition to a $250,000 prize, each judge will host the winner for training in their kitchens.

The video below shows the moment when the judges announced who won MasterChef Season 10.

Dorian Hunter: Who is the MasterChef 2019 winner?

Dorian is a 45-year-old creeler from Cartersville, Georgia, who wanted to show what she could do on a large stage. That is exactly what she did during the summer 2019 season of the show, beating out hundreds of hopeful cooks to join the show and then succeeding against the top 20 hand-picked contestants.

A Twitter account for Chef Dorian Hunter has been providing updates of her journey, thanking people for their support during the season, and sharing some of her best moments on the show.

An active Instagram page has also been providing some behind-the-scenes glimpses of what she has been doing on the show this summer.

The journey for Dorian Hunter now includes winning MasterChef Season 10, but that isn’t the end of her road. Now, she will get to spend time learning from some of the best chefs in the business.

Gordon Ramsay, Aarón Sanchez, and Joe Bastianich will each have Dorian over to their restaurants to train her even more on her craft, though she just proved this season that she knows a lot in the kitchen.

To win on finale night, Hunter presented scallops with sweet corn puree and chards as an appetizer, applewood short ribs as the main entree, and a lemon-blueberry tart with blueberry and cream cheese filling for dessert.