Adapted by “Happy Hour” and “Asako I & II” auteur Ryûsuke Hamaguchi from a short story by Haruki Murakami, “Drive My Car” is a head-on collision between an emerging filmmaker fascinated by the interior lives of women, and a famous author who… is not (to say nothing of his other charms, Murakami is more into mysterious pixie dream girls). But these two wildly disparate storytellers aren’t the only people vying for control of the wheel in this beguiling three-hour gem, as a third major figure is soon introduced to help steer them in the same direction: legendary playwright Anton Chekhov.

And why not? If the brief and uneven history of Murakami adaptations has taught us anything, it’s that the sensually aloof solipsism of his writing is best interpreted by people who aren’t afraid to impose their own will upon it. That’s what Lee Chang-dong did with “Burning,” and that’s what Hamaguchi does here (albeit with a gentler touch, and to less fiery ends). The result is a low-key but lingeringly resonant tale about a strange chapter in the life of a grieving theater director — an intimate stage whisper of a film in which every scene feels like a secret. Not incidentally, it’s also a drama about a man who projects certain assumptions onto the women in his life because he’s scared to death of learning their truth.

“Drive My Car” shifts into gear with a prologue that’s pure Murakami — a voice that Hamaguchi and his co-writer Takamasa Oe imitate with ease — as sex coaxes a naked woman named Oto (Reika Kirishima) into a creative fugue state. She jolts up in bed during the pre-dawn hours, possessed by an idea for the erotically charged TV pilot she’s trying to crack with her theater star husband, Yūsuke (Hidetoshi Nishijimai). “She’d grasp a thread of a story from the edge of orgasm,” Yūsuke will recall later, two years after he finds Oto dead from a cerebral hemorrhage on the floor of their apartment. He will also recall other details from the film’s mesmeric 40-minute prologue, especially the moment he came home to discover Oto writhing on top of a handsome young actor (Masaki Okada as the nervy and impulsive Kōji Takatsuki).

Yūsuke doesn’t confront Oto about what he’s seen, which suggests the possibility that he might have seen it before. Or maybe his wife’s infidelity was something he missed in his blind spot — the same blind spot that causes him to crash his beloved red Saab as he drives around Tokyo to calm down (a doctor diagnoses him with glaucoma, but optometry is rarely seen without its metaphors). Then again, Yūsuke has never required such a literal excuse to avoid making eye contact with his crises, and Hamaguchi allows his characters to retreat into an eerie state of numbness whenever the hollow tremble of Eiko Ishibashi’s glassy score washes over them like a drink too cold to taste. 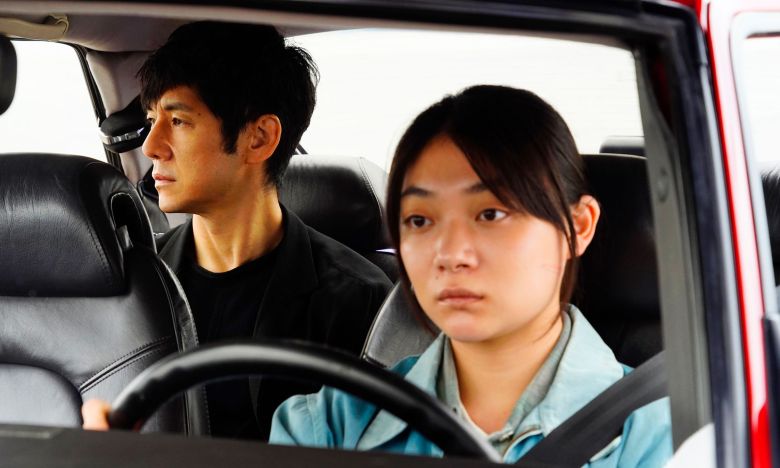 But what Yūsuke most clearly recalls about Oto is her voice, in large part because he still listens to it every day as he drives. Before her death, Oto recorded herself reading all but one of the parts in “Uncle Vanya,” as she always had for the scripts Yūsuke needed to memorize; two years and presumably several cancelled productions later, Yūsuke agrees to stage his unique version of Chekhov’s play in Hiroshima. Nishijima’s implosive performance invites us to draw our own conclusions, but there’s a strong whiff of therapeutic sadomasochism around Yūsuke’s ritual, as Chekhov’s text permits him to mechanically say things like “my life is lost” and “that woman doesn’t deserve forgiveness for her infidelity” out loud in the privacy of his car.

Curiously, Yūsuke still does this even though he’s decided that it would be too painful for him to act in this production (“Chekhov is terrifying because his lines drag the real out of you,” he concedes). If Yūsuke really has to know the script by heart, it’s only because his big gimmick is that each of his actors are asked to deliver their lines in their first language (which might be Japanese, or Mandarin, or Tagalog, or even Korean Sign Language). The largely amateur cast is forced to feed off the rhythms of each other’s dialogue; the show’s eventual audience has a wall of subtitles at their disposal, but the people on stage are left to intuit what they can from their fellow performers and fill in the rest.

Watching the rehearsals, we can appreciate both the effect that Yūsuke is going for, and the agonizingly laborious work of achieving it. The long and mesmeric scenes that take us behind the curtain would bristle with tension under the best of circumstances — Chekhov’s abyssal pauses have seldom been so tense — but Yūsuke ramps things up by seizing on the chance to torture his late wife’s lover and casting the too-young Takatsuki in the title role. Of course, we can’t say for sure why Yūsuke has decided to dive into such a messy situation, but any of the intentions you choose to assign play right into the hands of a movie that’s preoccupied with how people fill in the blind spots they can’t see in each other.

And yet, for all of the betrayal at the heart of this drama, the essence of Murakami’s story lies in the trust that life requires us to place in each other if we have any hope of getting somewhere. It’s the same kind of trust that we place in every stranger driving toward us down the other side of a two-lined road, or that Yūsuke is reluctantly forced to extend the 23-year-old driver who’s been assigned to the Hiroshima directors in residence ever since one of them ran a person over. 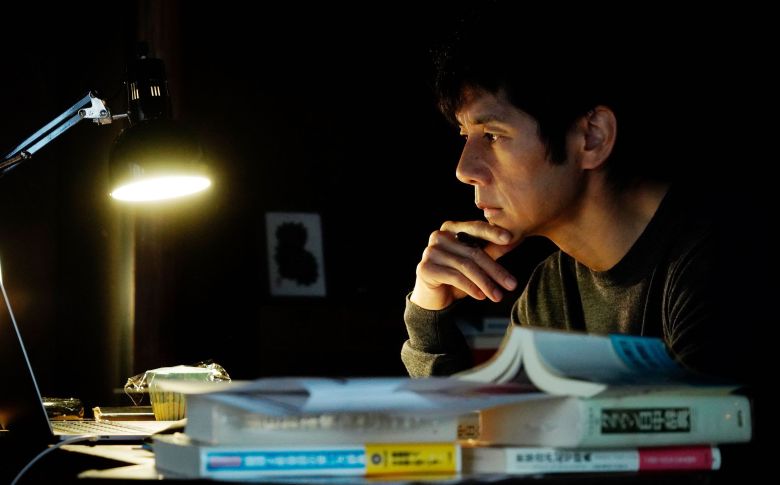 Her name is Watari Misaki (Tôko Miura), and she’s basically the Platonic ideal of a Murakami girl: Terse, mysterious, and endowed with an almost supernatural competence in a mundane task. In this case: driving Yūsuke’s car. Misaki is always there, as if she doesn’t exist in any other context. He puts her life in his hands, and she controls that Saab with such assurance that Yūsuke often forgets he’s in a car at all. If only the actors in his play could sync up so well.

For all of his loquaciousness and literary flow, Hamaguchi never loses sight of the psychosexual intrigue that fuels Murakami’s story. The few accents the director introduces into his casual aesthetic are memorably striking (a simple top-down shot of the Saab’s moonroof will take your breath away), but his camera lingers on these characters until the space between them is rife with mystery. That same curiosity eventually spills out into the space beyond the frame as well, as our minds follow characters after they walk offscreen even (or especially) when we’re afraid to ask what they might be doing out of sight. As Yelena says in Chekhov’s play: “I think that the truth, whatever it is, is not as frightening as uncertainty.”

“Drive My Car” is certain of nothing beyond that uncertainty, but it knows every inch of what it can’t ever hope to know, and encourages us to find our own solace in the silence beyond words. One of Yūsuke’s actors compares his multilingual Chekhov play to the drone of a sutra, as the dialogue is so devoid of understandable meaning that it repels her back into the relative knowability of her own mind. Time and again — especially through the strained melodrama of its climax and the unnecessary COVID-era coda that follows — “Drive My Car” insists that even the people we love most are liable to get lost in translation.

The trick, at least in Yūsuke’s play, is to listen to yourself speak with enough clarity that others can intuit what you’re trying to say. To know our own hearts well enough that others are able to draft off a sense of residual self-understanding. Hamaguchi might come at this idea from the opposite direction of his source material, but that disconnect is exactly what allows “Drive My Car” to reach its destination with such integrity. And by the time the movie gets there, it’s easier than ever to appreciate why Murakami has always been such a valuable writer in spite of his blind spots.

“Drive My Car” premiered in Competition at the 2021 Cannes Film Festival. It is currently seeking U.S. distribution.