WHEN it came to Dua Lipa’s latest music video she skipped Covid restrictions and came up with some New Rules.

But I can reveal they went down like a lead balloon — and cops raided the set after complaints from concerned locals. 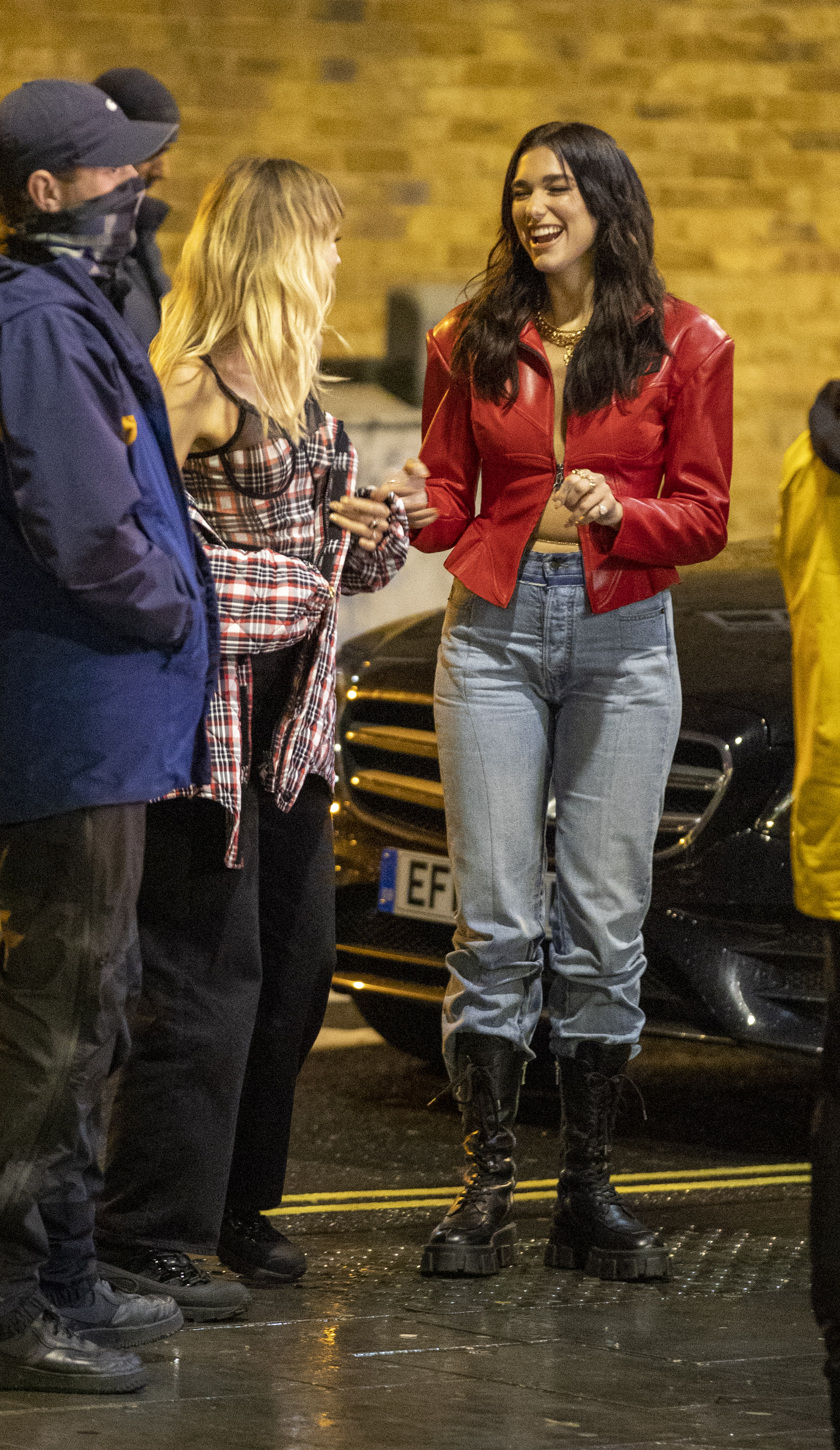 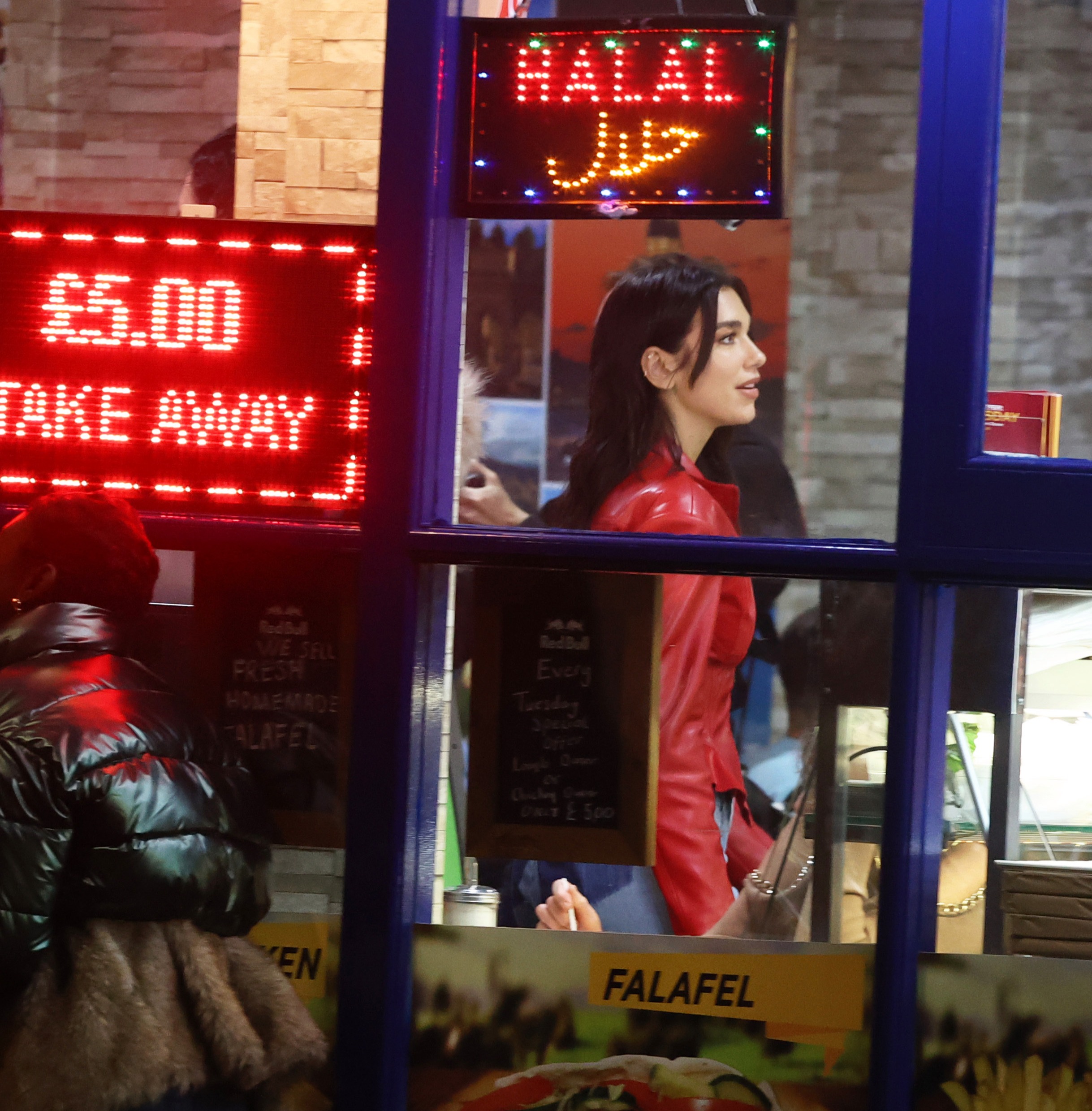 Dua, accompanied by a large group of crew, extras and flunkies, descended on trendy Shoreditch, in East London, on Wednesday night for the filming.

The pop star looked to be in great spirits as she filmed inside a takeaway. Outside, a group of extras formed a queue while the film crew set up lights and shots. But as the party atmosphere got into full swing, it quickly became clear that residents weren’t on the same wavelength.

An onlooker said: “Dua and her entourage were having the time of their lives, but for those living around them it was a nightmare.

“It looked as though the people on the shoot were breaking rules and social distancing was totally out of the question. 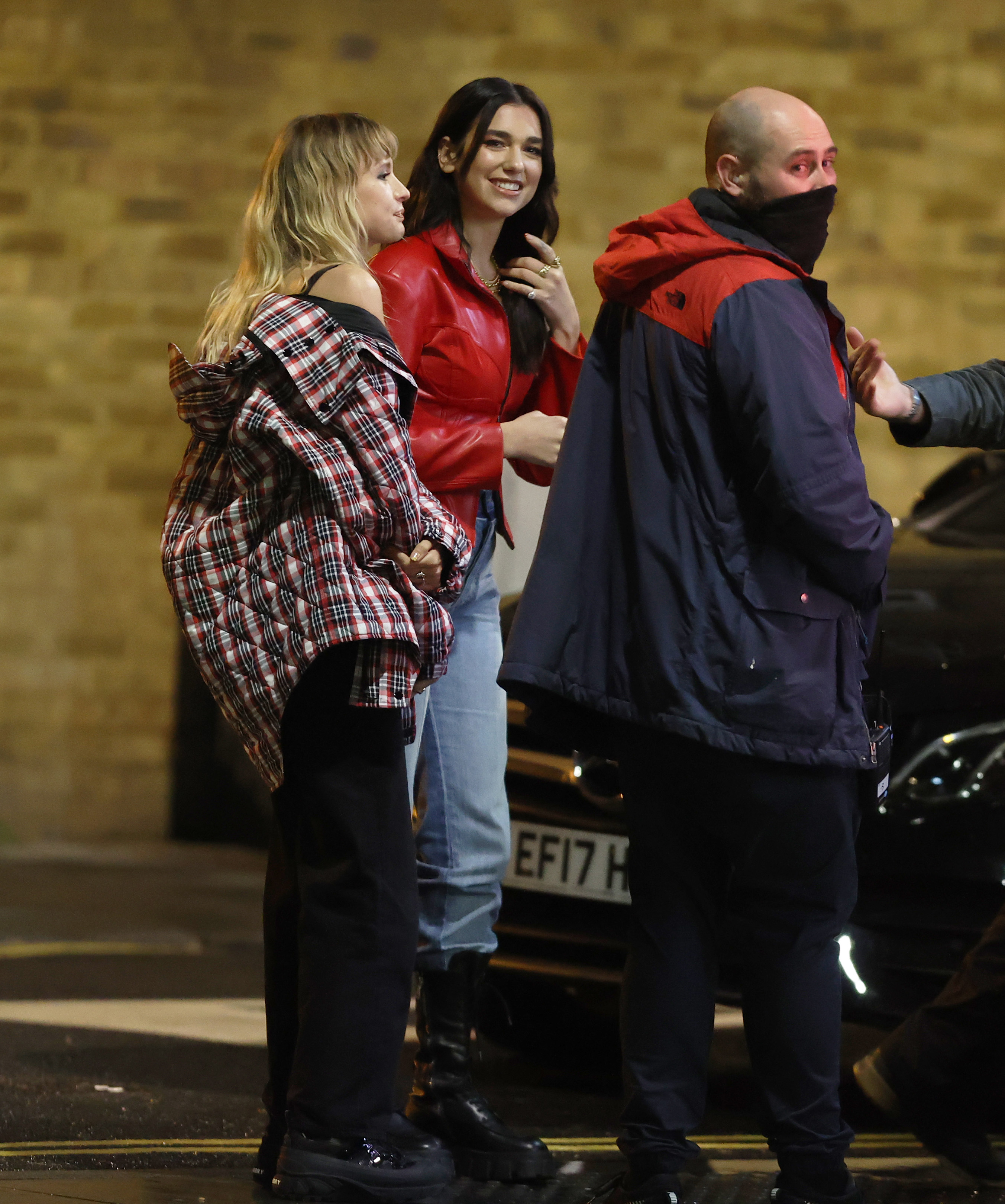 “There were extras and what appeared to be dancers swarming around. Some people looked as though they were drinking too, so it ended up being quite rowdy.

“People in the area are respecting the law, so to see a pop star openly break it was poor form. Someone called the police.

“It was late at night and deserted there but, ultimately, it’s a smack in the face for locals who had to listen to it going on.” 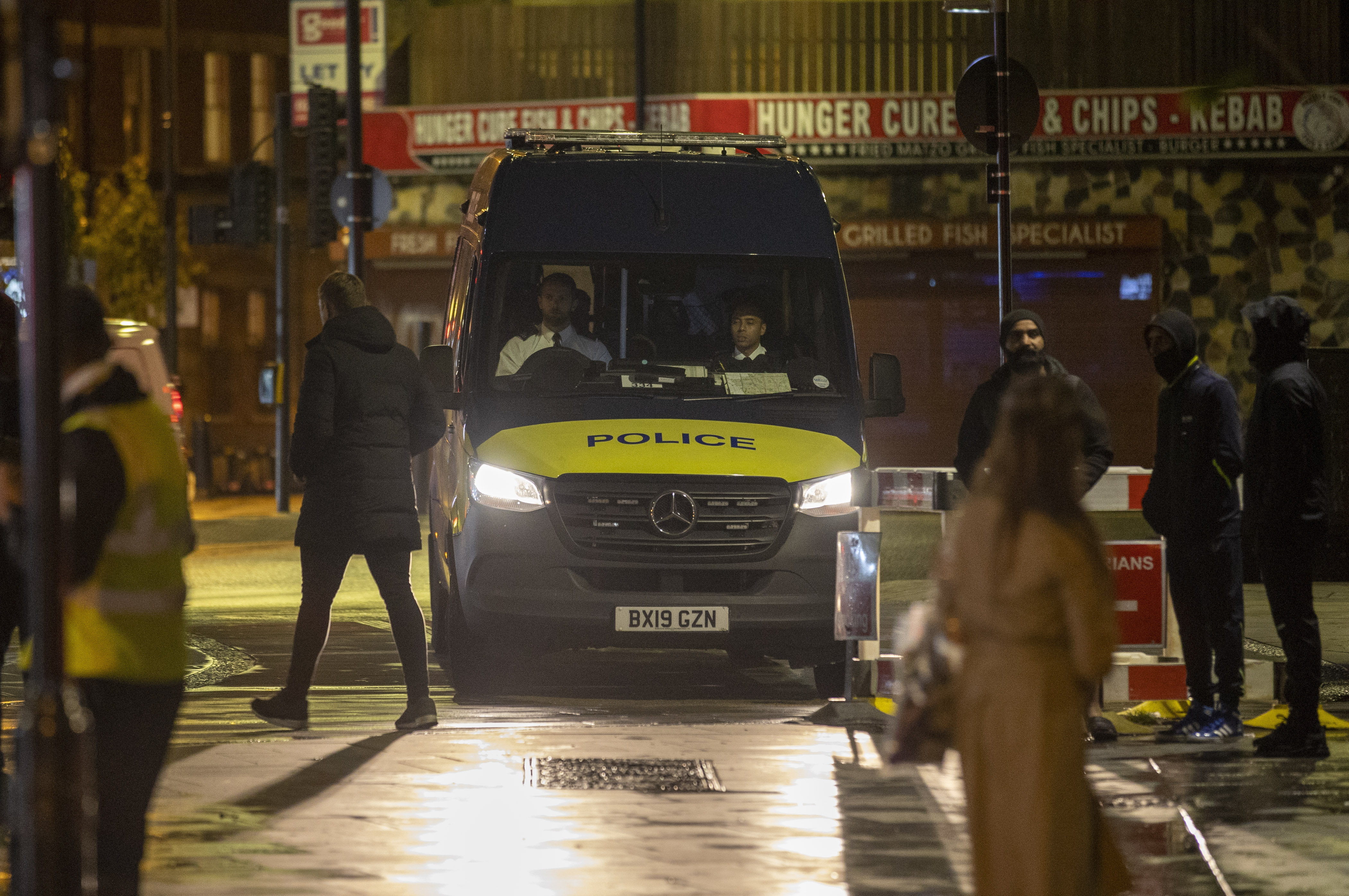 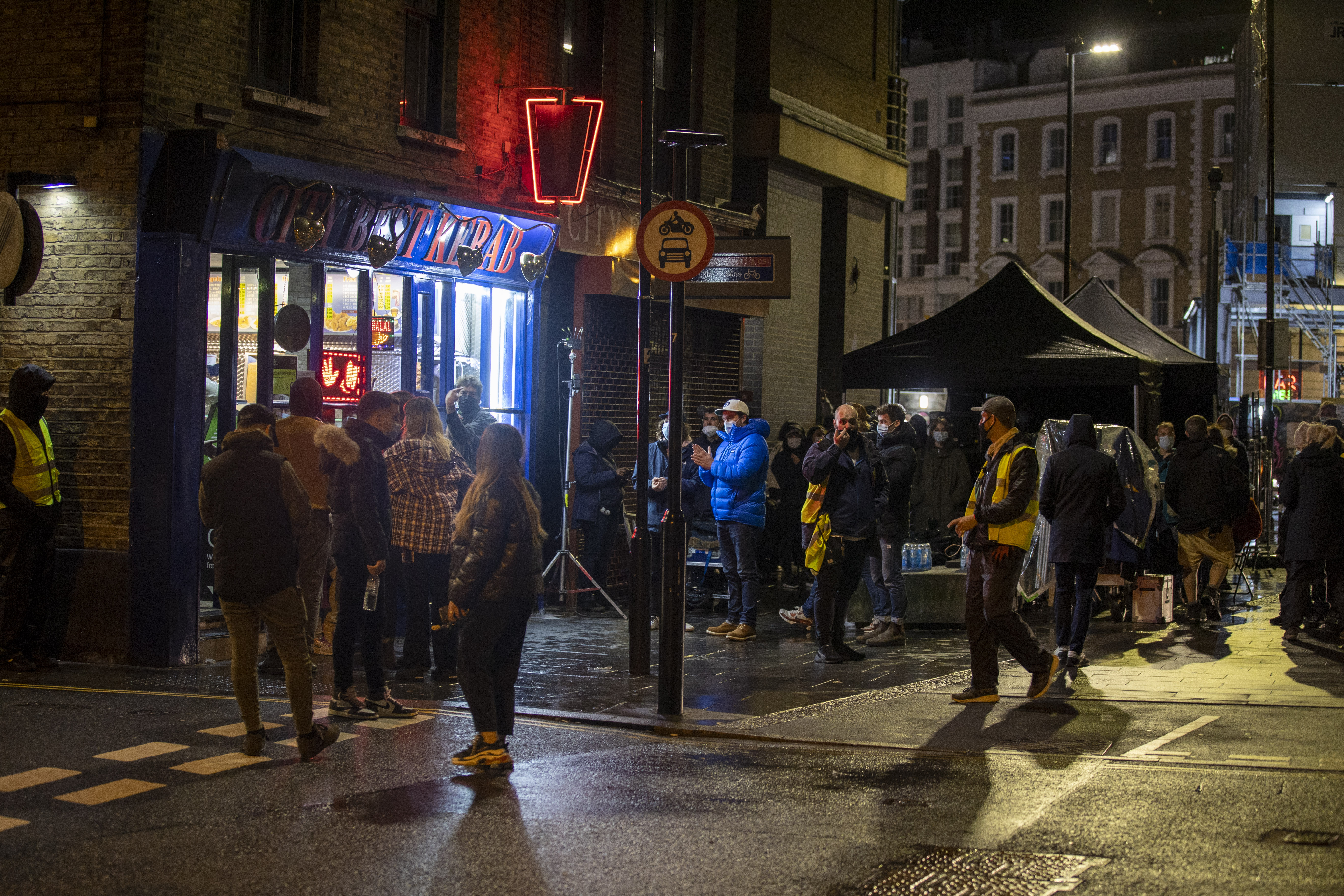 I’m not surprised they were annoyed.

But seeing her flaunting the rules for her own gain is certainly a letdown.

GOING ON ONE NOEL? 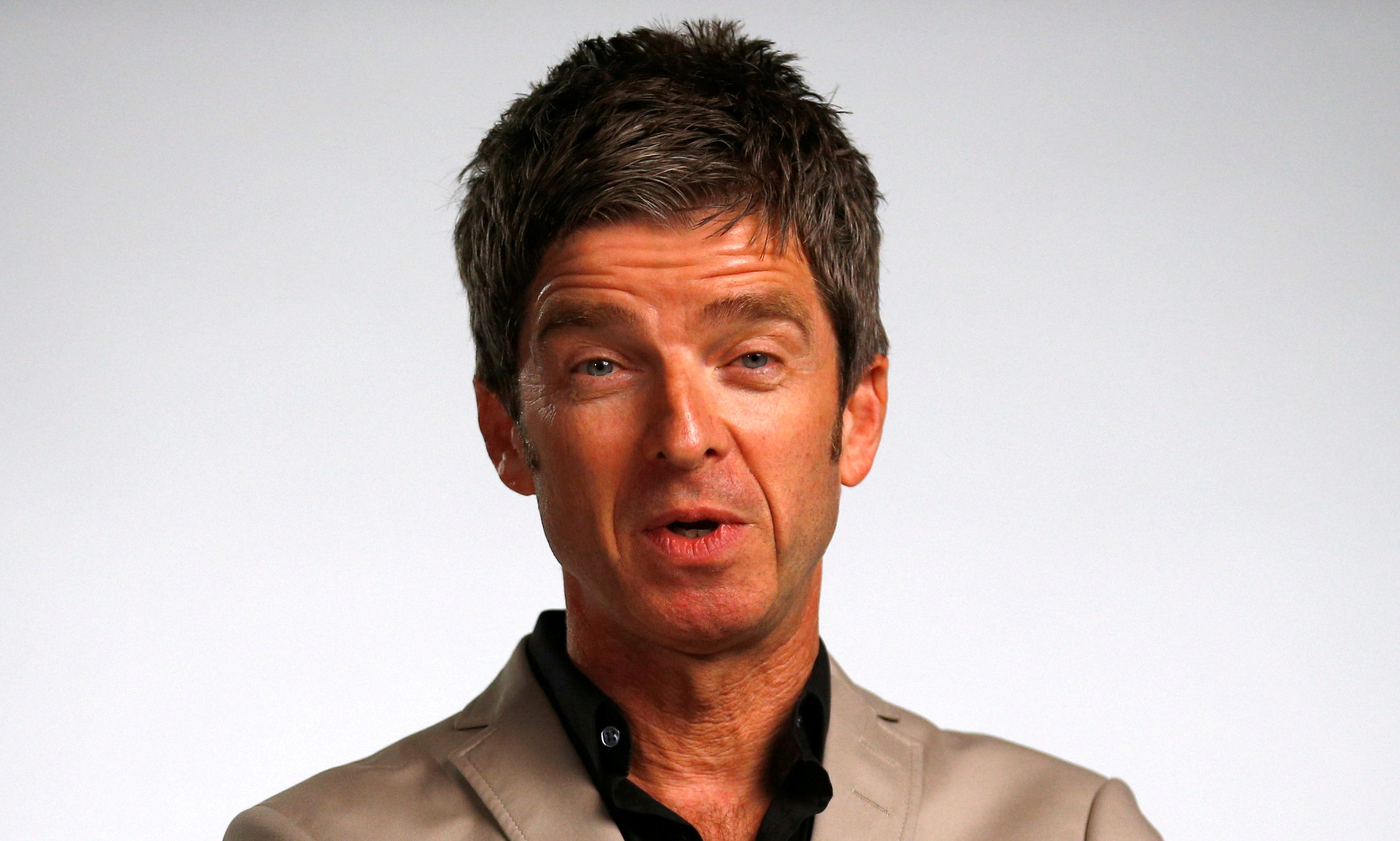 FOR years Bizarre has been campaigning that Radio 1’s insistence on only playing young artists is ageist.

Now Noel Gallagher agrees with me.

He has blasted the BBC station for not playing big names like Madonna and Take That, who are over 35.

“Radio 1 should be, and used to be, the main f**ing thing for that, but even that now has got this s**t rule where they won’t play anyone over the age of 35.”

Sir Paul McCartney, Kylie Minogue, Robbie Williams – just some of the names you won’t be hearing on the station.

Clean up your act, Radio 1.

CAN YOU SIA WHO IT IS? 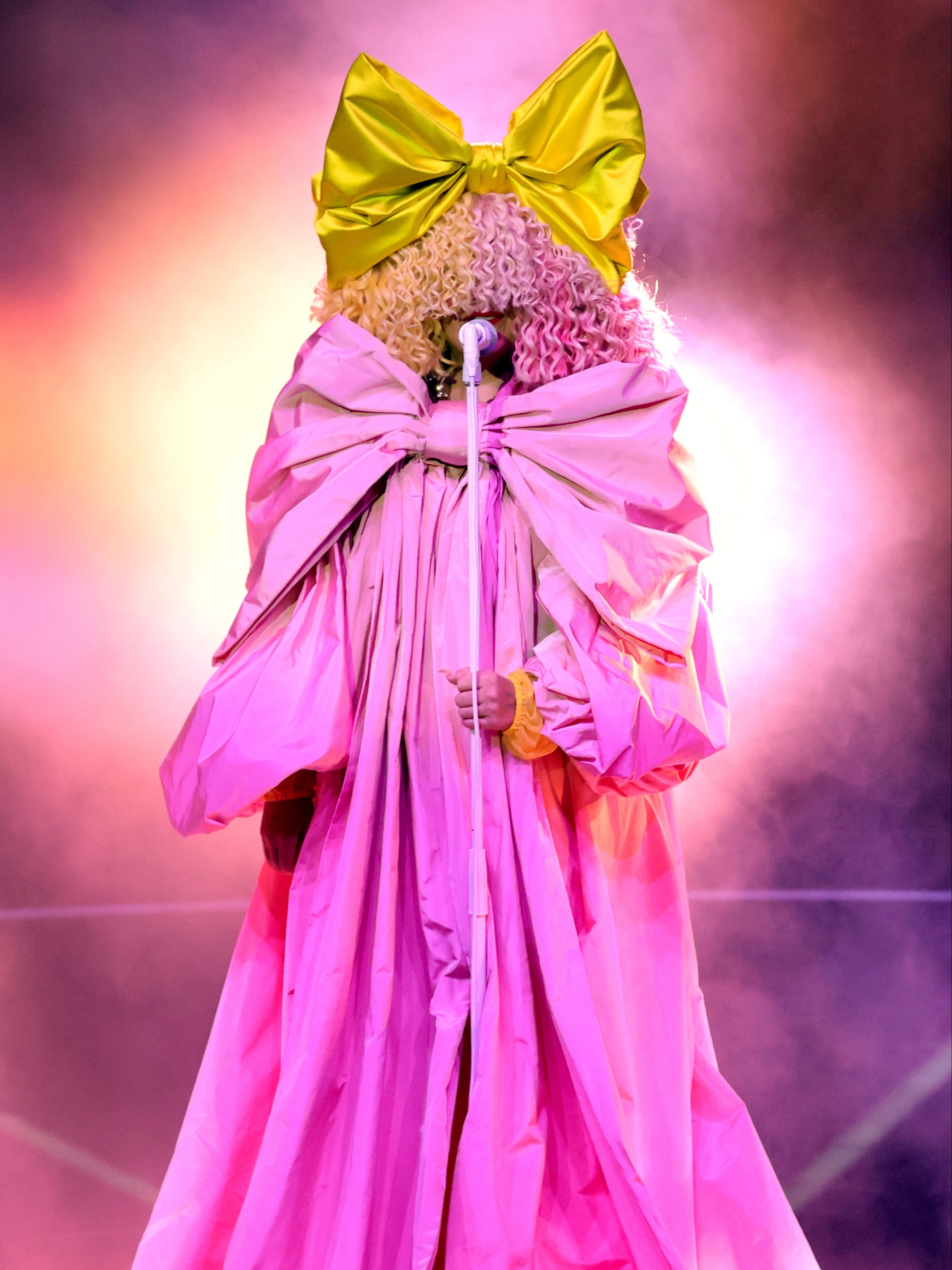 IF you wondered what a regurgitated Drumstick lolly looked like, just check out SIA’s outfit at the Billboard Music Awards.

The Aussie singer took her wacky style up a notch in this fuchsia ball gown, yellow and pink wig and gold bow. 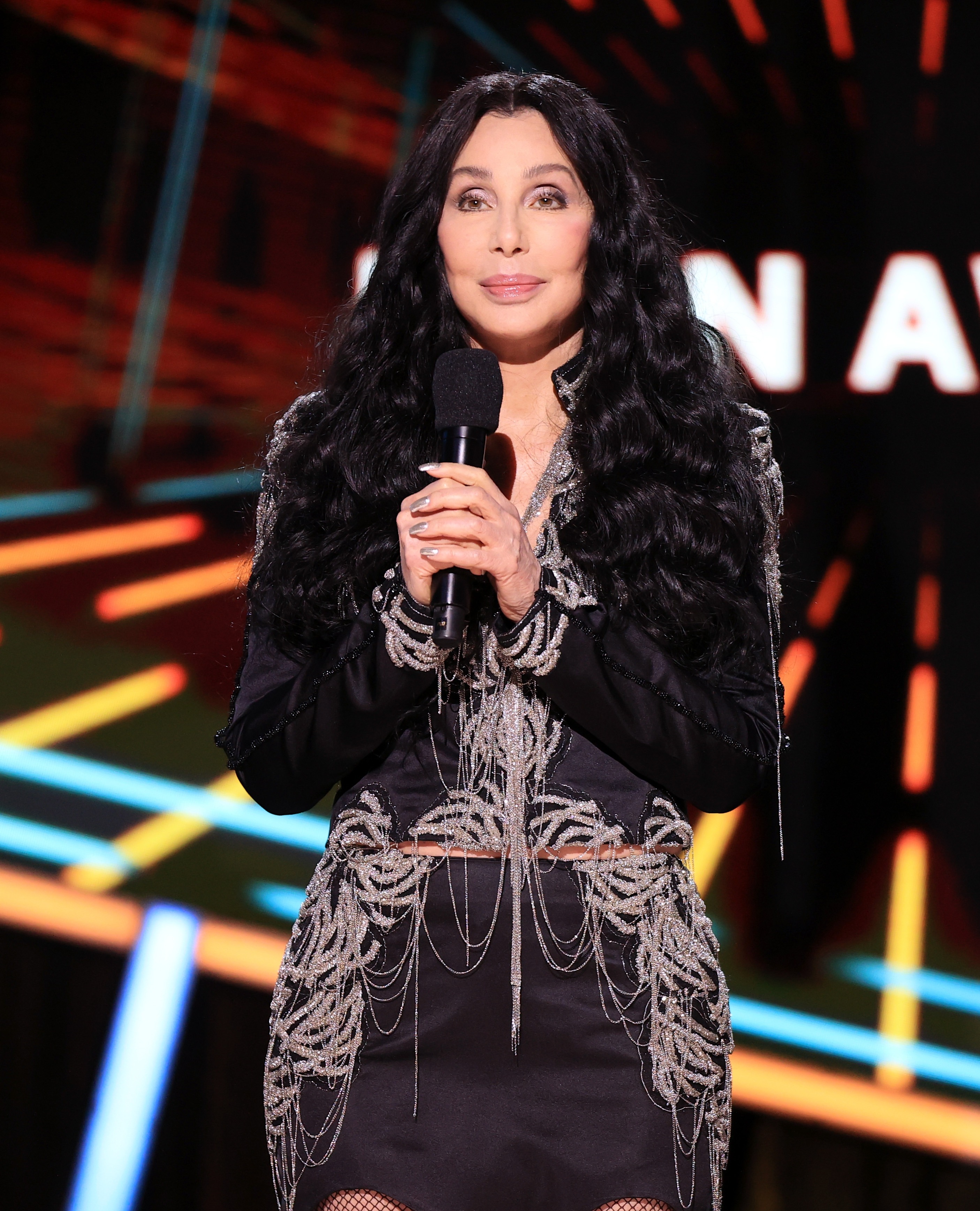 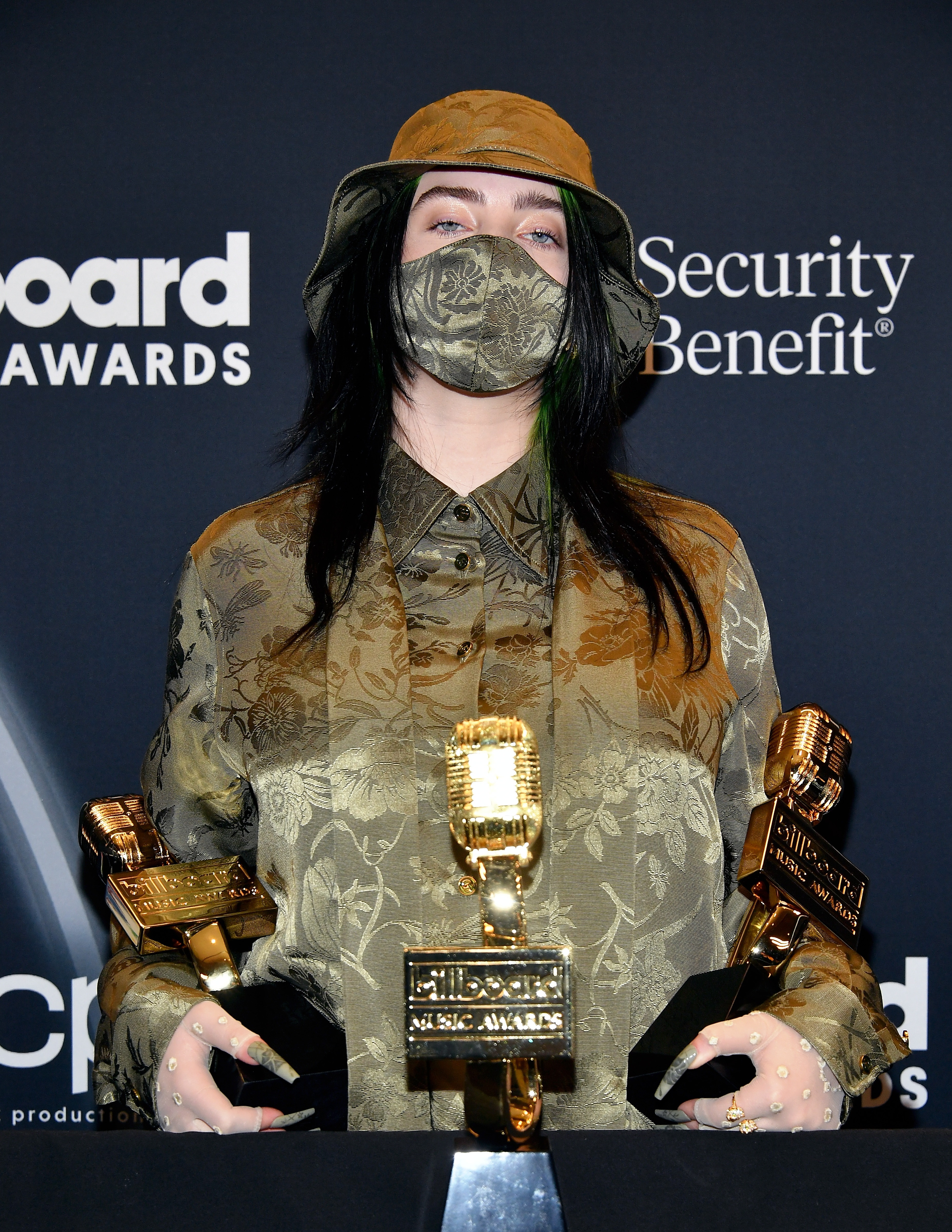 Cher presented the Icon Award to Garth Brooks, while Billie Eilish won three gongs, including the Billboard album award, for her debut LP, When We All Fall Asleep, Where Do We Go?

The biggest winner on the night, at the Dolby Theatre in Los Angeles, where there was no audience, was Post Malone, with nine awards.

Lizzo used her win – and dress – to deliver a powerful speech about the US election.

And she promises fans they will hear the best of her in the upbeat track, thanks to the fact she recorded it at home.

Paloma said: “I think my voice sounds better, and that’s a combination of producing the vocals myself, and also the lack of inhibition.

“When you’re alone you take more risks, because you can delete it. Whereas when you’re in the studio with an engineer you’re scared to, because they never delete anything – even when you ask.”

The album is out on November 13.

WE MUST GET THE ARTS LIVE AGAIN

I’VE had enough of the arts and live entertainment being dismissed as a second-class industry, of venues and theatres boarded up and close to collapse – while the government dismisses talent as an afterthought. 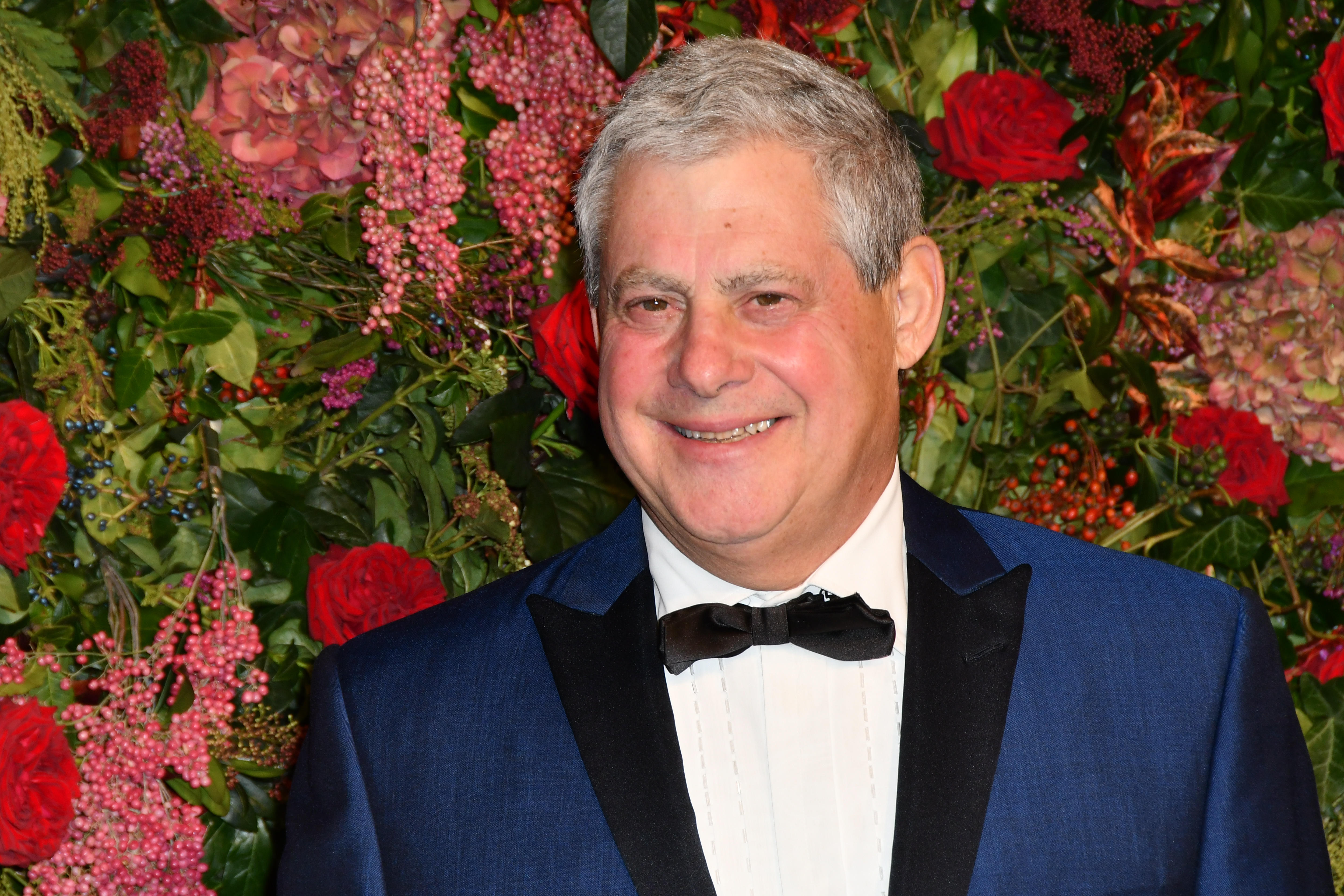 I was thrilled this week when West End impresario Sir Cameron Mackintosh announced plans to bring a Les Miserables concert back to London, and that a Christmas run sold out, prompting further dates.

It’s clear thousands of music and arts fans are desperate to support the industry and ensure Britain remains at the forefront of global culture – a world Bizarre is proud to champion.

But yesterday’s move to plunge even more of the UK, including London, into Tier 2 restrictions was a hammer blow for an industry already on its knees.

While retail business continues, live music – which many major players are eager to reinvigorate in a Covid-secure way – has been forgotten. Even promotions giant Live Nation’s bid to stage socially distanced, drive-in concerts was stalled by a lack of support. Fans with money to spend supporting performers, crew and other staff are being denied the chance to make their own decisions – while talent is stifled.

A multibillion-dollar business that Britain exported across the globe is being consigned to the dustbin. And it’s a disgrace.

Music is among the greatest contributors to Britain’s proud cultural identity. If it is suffocated any longer, we will lose a vital part of who we are. I hope common sense prevails, and soon.

Open our venues and let the music play. Before it’s too late. 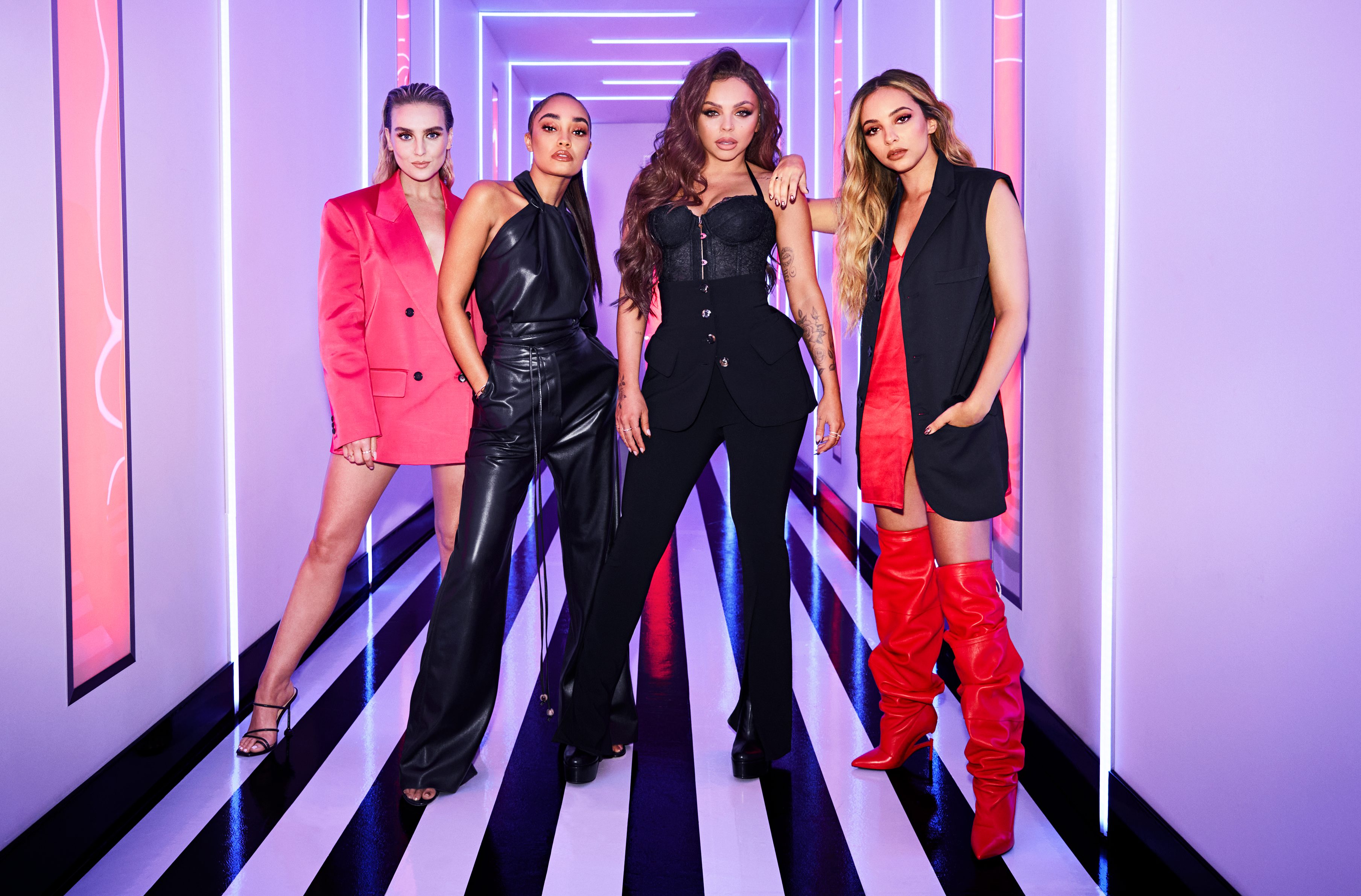 LITTLE MIX’s latest song comes out today and the title – Happiness – is rather apt.

The brilliant track, which is about them being happy within themselves, sees Leigh-Anne Pinnock, Jesy Nelson, Perrie Edwards and Jade Thirlwall at their best and includes some typically feisty lyrics.

They sing: “Dancing alone in the dark, shadows all over me.

“You messed with my heart too long, that was a big mistake.”

The track, written by MNEK, Tom Barnes, Pete Kelleher, Ben Kohn and Kamille, is the fourth single from their upcoming album Confetti.

And in rather cutting lyrics the girls belt out: “I was searching for happiness. I was using you to fill up my loneliness.

Following on from their previous successes, this latest album is lining up to be a classic.

BEN A PERFECT FIT FOR ROLE

LIKE me, Benedict Cumberbatch has turned to fitness as lockdown took its toll on his waistline. 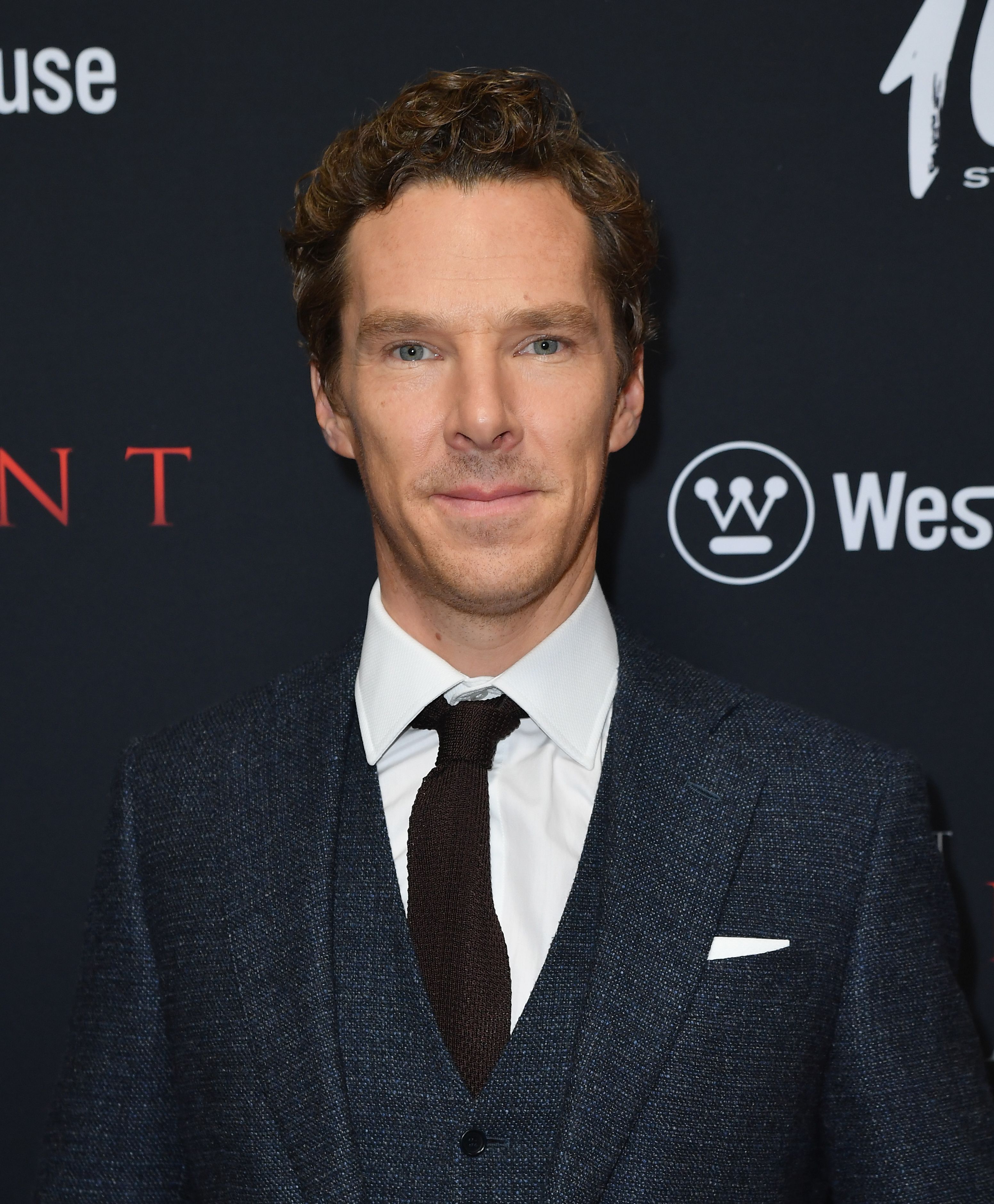 He told Magic Radio: “I did train. I was working out for a job so it was very structured.

“Just super-easy, a walk in the park. When you have someone telling you what to do, it’s remarkably easy.

“Self-motivation is by far the hardest thing to overcome when it comes to any kind of exercise really.”

I’m yet to overcome the self-motivation not to reach for a daily Amstel.

YUNGBLUD is no angel – despite dressing up as one – as he’ll admit. 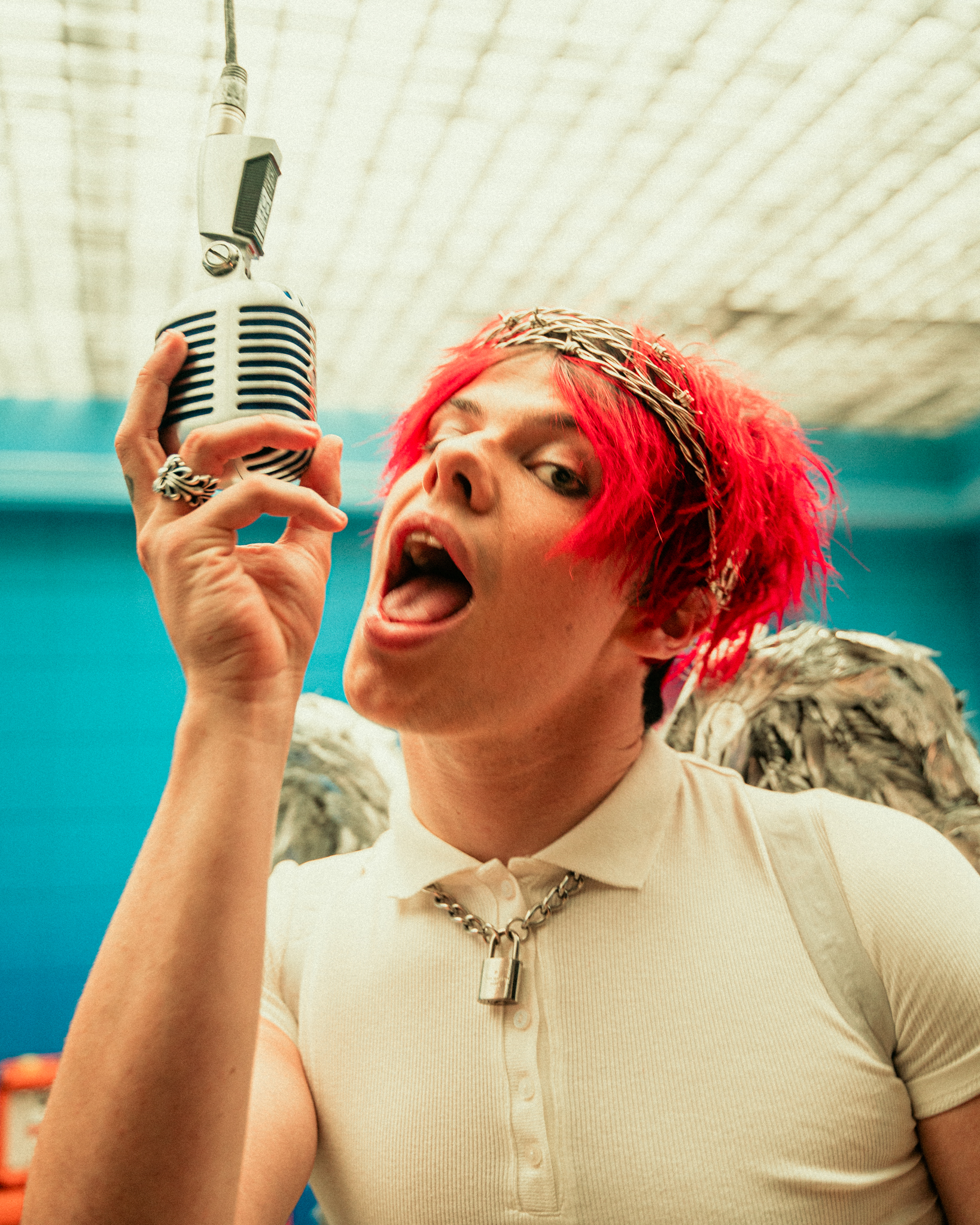 He sported red hair, wings and a barbed-wire crown for the video for his new song Cotton Candy, which is about sexual liberation. Dropped last night, it comes ahead of his second album Weird!, which is out next month, and his global digital tour The Weird Time of Life Tour.

I don’t know how he finds the time for a bit of nookie.