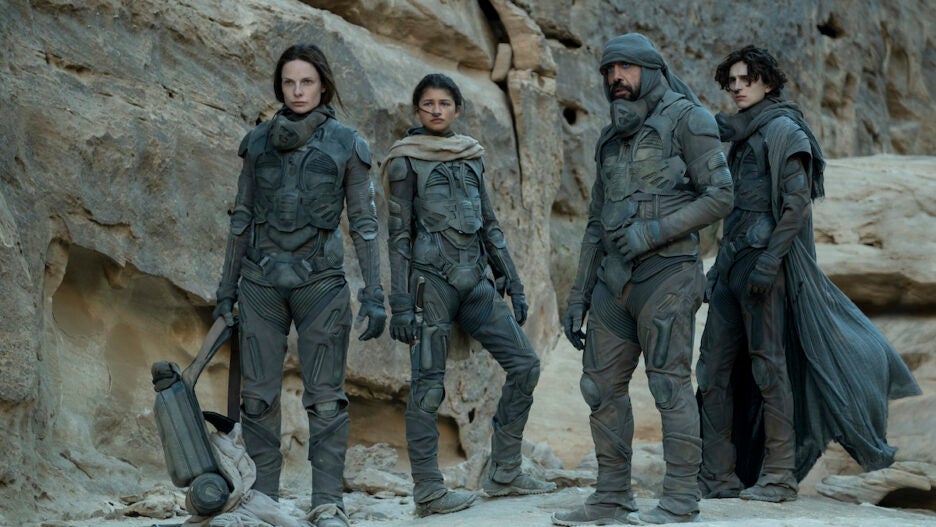 Warner Bros./Legendary’s “Dune” has shown that the floor for the box office has been raised this month, earning a $40 million opening weekend from 4,125 locations as it beats projections for a $30-35 million domestic start.

It’s a positive sign for both Warner Bros. and the box office, as both have struggled during this rebuilding period to post opening weekends above $30 million. For Warner, this passes the $31.7 million launch of “Godzilla vs. Kong” as the studio’s best opening weekend this year as all its films open day-and-date on HBO Max, as well as the best opening weekend for director Denis Villeneuve. IMAX contributed 22.5%, or $9 million, of the film’s domestic total, the best post-shutdown and all-time October opening domestic totals for the premium format.

For the overall box office, which prior to October had been relying on the biggest blockbusters to boost numbers while seeing many weekends with No. 1 totals below $30 million, has now seen four straight weekends with No. 1 openings above that mark. By consistently performing on a higher level this month, the box office is fulfilling the hopes of distributors and theater owners alike that Q4 is the point where the industry is turning a corner.

Of course, with a $165 million production budget before an extensive marketing budget, “Dune” looks like it will be minimally profitable at best during its theatrical run. Legendary released the film in China this weekend and posted a modest $21.6 million opening as a new outbreak of COVID-19 threatens to pump the brakes on the recent box office resurgence in the country. Combined with an extensive overseas release prior to this weekend, “Dune” has passed $200 million worldwide but will likely need to pass $300 million to break even.

Reception for the film has been strong with an A- on CinemaScore to go with an 83% critics and 91% audience score on Rotten Tomatoes. But even without the pandemic factor, “Dune” was going to be a hard sell for mainstream moviegoers due to a lack of familiarity with the novel it is based on and its complex themes and terminology. The arrival of “Eternals” on November 5 could also put a pin in Warner’s hopes to attract casual moviegoer interest.

Still, Warner Bros. execs say they are very pleased with “Dune” and that they will be looking not just at the box office but at its longterm performance on HBO Max and other post-theatrical channels as Villeneuve and his team are expected to contend in multiple Oscar categories. We will have more on WrapPRO about the future of “Dune” as a franchise and how box office is becoming less of a factor when studios attempt to launch new franchises in this era of streaming.

In second on the charts this weekend is Universal/Blumhouse/Miramax’s “Halloween Kills,” which took a sharp drop this weekend to $14.5 million that’s 71% down from its $49.4 million opening. By comparison, the previous “Halloween” dropped 58% from its $76 million opening in 2018. While there was hope that the horror sequel would become a popular seasonal option leading up to Oct. 31, it is now performing more like a standard, front-loaded horror title. Totals for the film stand at $73 million domestic and $90 million worldwide.

In third is MGM/Universal’s “No Time to Die,” which this weekend has joined “F9” as the second Hollywood film this year to cross $500 million at the global box office. The Bond film grossed $11.8 million domestically to bring its total to $120 million after three weekends while adding $33 million overseas for a total of $525 million. MGM is handling domestic distribution and overseas distribution in 24 markets while Universal is handling distribution in 49 overseas markets, including China, which gets the film next weekend.