Diamond was recently hospitalized and diagnosed with cancer 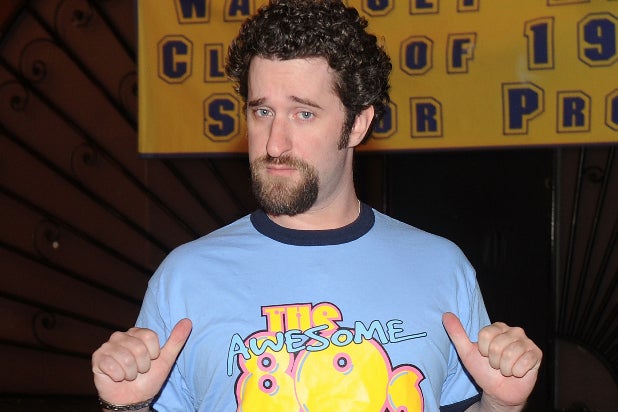 Dustin Diamond, the actor best known as Samuel “Screech” Powers on “Saved by the Bell,” has died. He was 44.

Diamond died on Monday “due to carcinoma,” his reps said in a statement shared with TheWrap.

“He was diagnosed with this brutal, relentless form of malignant cancer only three weeks ago,” the statement read. “In that time, it managed to spread rapidly throughout his system; the only mercy it exhibited was its sharp and swift execution.”

Diamond “did not suffer,” his reps said.

“We are aware that Dustin is not considered reputable by most. He’s had a history of mishaps, of unfortunate events,” the statement continued. “We want the public to understand that he was not intentionally malevolent. He — much like the rest of those who act out and behave poorly — had undergone a great deal of turmoil and heartache. His actions, though rebuke-able, stemmed from loss and the lack of knowledge on how to process that pain properly. In actuality, Dustin was a humorous and high-spirited individual whose greatest passion was to make others laugh. He was able to sense and feel other peoples’ emotions to such a length that he was able to feel them too — a strength and a flaw, all in one.”

“Dustin Diamond was a character in and of himself: an unpredictable spitfire who always left us shocked, but never left us bored. We are thankful he trusted us enough to share his genuine, authentic self with our team. We wish you knew him in the way that we did. We please ask that you give room for privacy to our team and Mr. Diamond’s family during this tragic time, as we grieve and remember the memories spent together,” it concluded. “This loss is as much stinging as it is sudden.”

Diamond was hospitalized and diagnosed with cancer last month.

“At this time we can confirm that Dustin does have cancer,” his reps told TheWrap in mid January. “Dustin will disclose more information once it is available and a plan moving forward is made.”

A representative for the actor elaborated in a statement to EW, saying Diamond is currently feeling “fine” despite the “serious” diagnosis.

“He’s undergoing chemo so he will be there at least another week and then we will figure out when he gets to come home,” the spokesperson said at the time. “By next week, we’ll have a much better understanding of the severity of his condition and what treatments he will need so that he’s comfortable.”

Diamond was hospitalized in Florida after reportedly feeling “pain all over his body and a general sense of unease.”

Diamond played Screech on all four seasons of the NBC comedy alongside Mark-Paul Gosselaar, Lark Voorhies, Dennis Haskins, Tiffani-Amber Thiessen, Elizabeth Berkley, and Mario Lopez. He also returned for both the spinoff series “Saved by the Bell: The College Years” and “The New Class.”

Diamond was the only original cast member not invited back for the recent “Saved by the Bell” reboot at Peacock. His absence is explained by one of the characters referencing the fact that Screech is living on the International Space Station with a robot sidekick.