DC FanDome burst onto the internet with a first look at Dwayne Johnson’s Black Adam. Johnson could not be more excited to play the vengeful supervillain role. He had some high praises for the film and his part in DC’s anti-hero film. 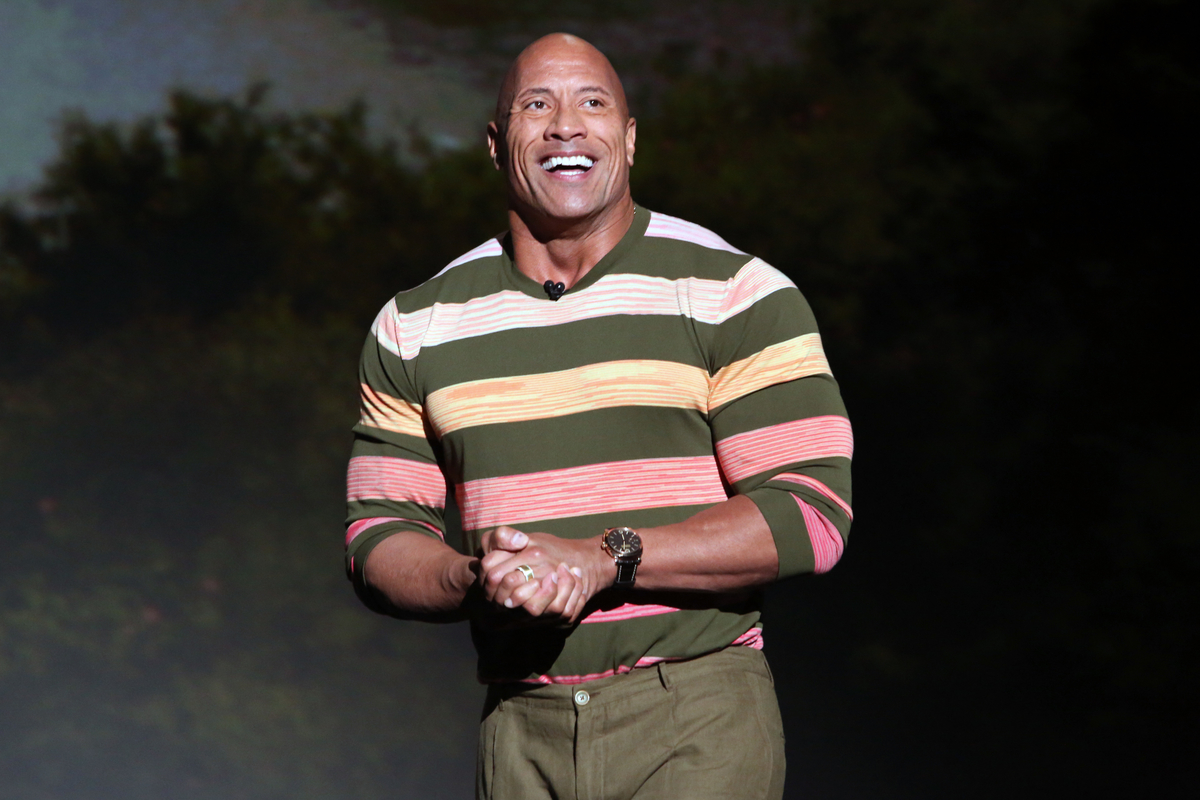 Johnson called the film a huge passion project of his

Several hosts appeared to introduce DC news. Johnson himself stepped on screen to introduce the film centered around Shazam’s most infamous villain.

Johnson said that Black Adam had been a massive passion project for him. The movie follows Johnson’s character from ancient Egypt as he gains his powers. The new abilities allow him to rebel against his captors.

“This character, this film, this universe has been a gigantic passion project of mine for a very long time,” Johnson said. “I’ve worked these hands, these calluses, to the bone on this project because it’s the kind of project that, I know, comes along once in a lifetime.”

DC teased the first few images ahead of DC Fandome. However, Johnson had a much bigger surprise to introduce.

“The truth is, I was born to play Black Adam”” Johnson said.

However, Johnson was not there to hype up the film with words. He prepared a first look at Black Adam with some help.

Johnson noted that the Black Adam movie entered post-production. However, he wanted to give fans a little taste. Johnson and Black Adam director Jaume Collet-Serra teamed up to bring a sneak peek.

“It has some of the biggest action sequences I have ever been a part of,” Johnson said. “I am so proud and excited of our incredible team who are working away to create breath-taking holy-s***-scenes that I know [fans] are going to love.”

He did not tell a lie.

The scene depicted some unfortunate souls discovering Johnson’s Black Adam. The confrontation lasted moments. They wielded guns, but bullets did nothing to the powerful anti-hero, though.

As Magneto once said inFFox’s X-Men series, “Humans and their guns.”

Before the first look at Johnson’s Black Adam had a few friends (and villains) joining him.

Pierce Brosnan plays Dr. Fate, an extremely powerful sorcerer in the DC Universe. Even more magic-users dot the cast, like Aldis Hodge, who plays Hawkman. In the comics, he often used magic to combat foes.

Another two heroes to hit the screen is Quintessa Swindell as Cyclone and Noah Centineo’s Atom Smasher.

Johnson remains extremely excited for fans to see Black Adam. While he stars in the lead role, several other DC characters look to make their impact on the DC Universe.

The first look at Black Adam only hyped fans up more for the character. An inevitable clash between Zachary Levi’s Shazam and Johnson’s role in the future will undoubtedly be massive.