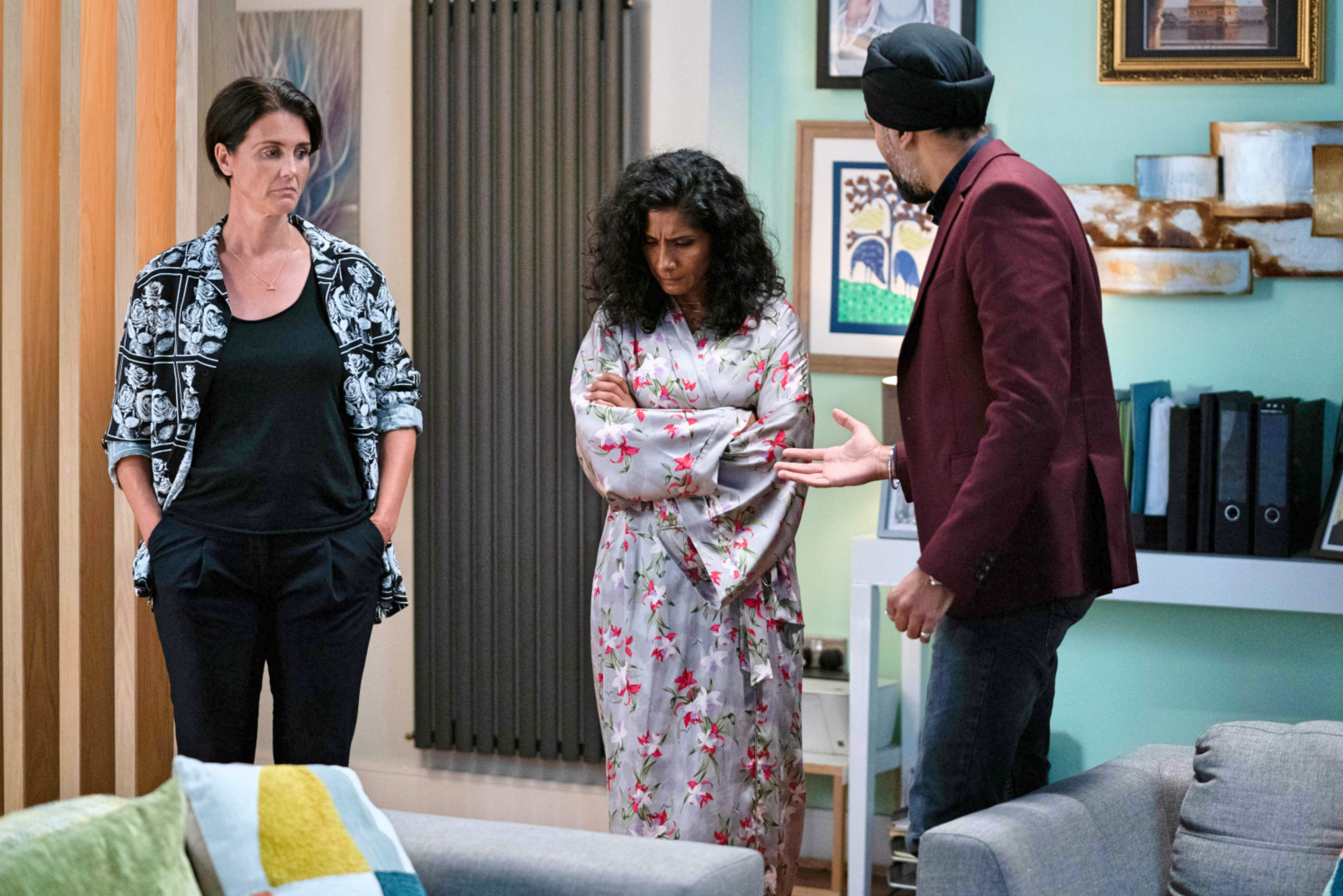 The businessman, who is dating Stacey Slater (Lacey Turner), popped over to speak with his mum in recent scenes, hoping to put things right after their falling out at the restaurant.

His relationship with Suki has been difficult for months, ever since he discovered that she played a role in Jags’ (Amar Adatia) imprisonment, and thus he believes she is responsible for his subsequent death.

Suki, meanwhile, has been determined to make amends before setting off to Mumbai on business, and she was delighted when Eve arranged for all of her children to surprise her at Walford East.

Kheerat and Suki, however, had a major falling out, prompting Suki to storm out, heading back to her home where Eve comforted her.

Ash (Gurlaine Kaur Garcha) was appalled at her brother’s behaviour and gave him a telling off, and thus Kheerat set off to make things right before Suki boarded the plane.

But upon arriving at her home, he found her and Eve in bed together!

Thursday’s (October 13) edition of the BBC One soap deals with the aftermath of this development, with pictures revealing the moment in question, as Kheerat demands answers from his mum.

Will Suki find herself able to open up to her son?

Will she feel comfortable to tell him the truth about her relationship with Eve, who has supported her through all of her heartache?

What’s more, what will Kheerat have to say? All will be revealed in the next episode, so make sure you tune in!

EastEnders airs these scenes on Thursday October 13 at 7:30pm on BBC One.