EastEnders is pretty used to birthing stars, with an A-lister cast.

From cameos from celebs like Harry Redknapp to Albert Square actors going on to find huge fame in other areas, the soap can act as a launching pad into the stratosphere.

That’s certainly what happened to some members of the Masood family – including Nina Wadia, who is waltzing her way towards the glitterball trophy on the Strictly Come Dancing dance floor.

To celebrate her foray into the world of glitz and glamour, Daily Star has taken a look into where the other members of the Masood family have ended up.

From Hollywood fame to rival soap stints, they’ve certainly done well for themselves. The patriarch of the family, postman Masood moved to the Square in 2007. From falling asleep at the wheel of a taxi to a toxic divorce from ex-wife Zainab, the star had some pretty heavy hitting storylines in his time.

He eventually left Walford seemingly for good in 2019 after being reintroduced to the soap in 2017.

Actor Nitin has gone on to star in shows like Midsomer Murders, The Worst Witch and McDonald & Dodds – but he also has a pretty firm link to Hollywood. 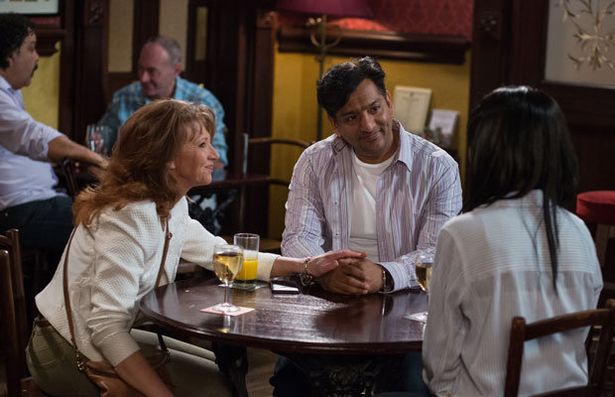 The star has even appeared alongside legendary actor Johnny Depp in the 2005 reboot of Charlie and the Chocolate Factory, in which Nitin played Prince Pondicherry.

But what some fans might not remember is his pretty huge link to rival soap Coronation Street.

Nitin appeared in a special crossover episode of EastEnders and Coronation Street, dubbed East Street, to raise money for Children in Need.

It saw Corrie legend Dev Alahan confront postman Masood in The Minute Mart – and proved a hilarious hit with viewers.

Comedian Nina Wadia headed into the Square in 2007, bringing shame upon her family after an affair with Masood Ahmed while married to Yusef Khan.

The character certainly had her own struggles in Walford, as she was even set on fire by Yusef and his family in one horror incident.

Since quitting Albert Square back in 2013, Nina has gone on to participate in a number of projects – her latest being Strictly Come Dancing.

Nina has been paired with professional dancer Neil Jones – but admitted she isn’t looking forward to being ‘Strictlified’. Speaking to Daily Star and other publications, Nina admitted: “I hate it. I am very much a t-shirt and jeans girl.

"I do get dressed up for things I have to do, to make TV appearances or if the character I play in something demands it."

Nina continued: "For example when I played Zainab Masood in EastEnders, I was like, 'don't worry about hair and makeup, just make Zainab as plan as possible', because I don't like sitting in the makeup chair for too long, I don't like people pulling on my hair.

"And shiny things just scratch me and irritate me – so this is the best show for me to do, isn't it, really!"

Nina hasn’t let her acting career slip since leaving EastEnders, either – having appeared in everything from Death in Paradise to Holby City.

In her personal life, Nina has been married to music composer Raiomond Mirza since 1998, as they enjoyed a traditional Parsi ceremony to celebrate both their heritages. First introduced back in 2009, Syed is Masood and Zainab’s eldest son, and remained in the role until 2012 when his character decided to move up north.

Actor Marc Elliott went on to play a doctor in Holby City, as well as taking up a stage career in productions spanning the UK.

However, it seems a soap return is completely off the cards, with the star admitting to Inside Soap in 2016: "I'm a very busy surgeon, so sadly I don't think there'll be enough time!

"I reckon my EastEnders days are done, to be honest. I had an incredible time which I think came to a very satisfying conclusion, so I'm happy to say that it's in the past now. I don't see myself going back there." 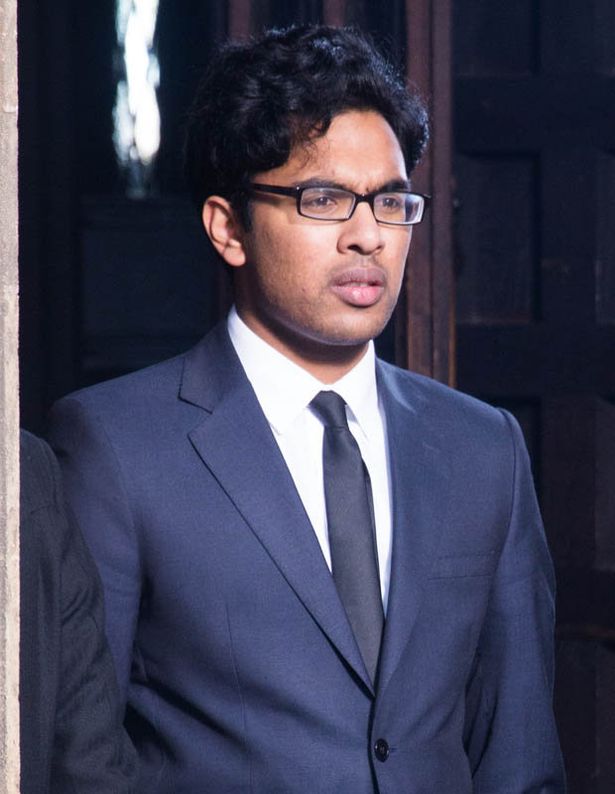 It’s pretty safe to say that Himesh Patel has had the most successful career of all the Masoods.

Super-geek Tamwar was best known for his dry wit in the role he played from 2007 until 2016, but actor Himesh is better known for his rather prominent Beatles connection, as he took up the lead role in 2019 musical flick Yesterday.

His Hollywood stint hasn’t stopped there, as he’s also appeared in everything from blockbusters like Tenet and The Aeronauts to book adaptation Station Eleven, which is currently in post-production.

The actor has also become lauded for his singing talent and skill with a guitar – performing the Coldplay ballad We Never Change for his Yesterday audition.

Director Danny Boyle told Billboard of the audition: “A lot of actors are amazing. They try to bull**** their way through it. ‘Ride a horse? No problem, I can ride a horse!’”

Speaking of his Beatles covers, Danny added: “[Himesh] has this ability to make you feel them anew. They’re familiar, but strange at the same time.”

Himesh’s EastEnders audition, meanwhile, was a lot different – as it took place on the same day as one of his GCSE exams, aged just 16.

Speaking of his Walford exit, Himesh said: "Whatever awaits me, I'll miss my family at EastEnders immensely – they've watched me grow from boy to man and supported me every step of the way. It's been a true privilege to work alongside them.” Shabnam was actually played by two different actresses in EastEnders.

Rumours said Zahra originally quit the role after just a year as she was ‘frustrated’ by the lack of storylines involving her character – but at the time, she said the "door has been left open" for a soap return.

The actress has since appeared in shows like Doctor Who and Black Mirror, and lately starred in Marcella as Sadie in 2020.

Rakhee, meanwhile, has gone on to have a rather raunchy career, stepping into the role of teacher Miss Sands in hit Netflix series Sex Education.

She has also appeared in the TV adaptation of Four Weddings and a Funeral as Fatima.

Masood’s rude brother – who made his dislike for his wife Zainab clear in EastEnders – was played by actor Paul Bhattacharjee, who made a number of Walford appearances between 2008 and 2010.

Tragically, the star took his own life in July 2013.

The inquest into his death ruled that he killed himself by jumping off a cliff shortly after being declared bankrupt.

A statement read in court said: “He was a proud and protective man and he couldn't have handled the bankruptcy becoming public knowledge.

“He would not have wanted to let me down or hurt me or his friends. The bankruptcy was the final straw after a life of major highs and lows.” Syed’s girlfriend Amira was hopelessly in love with him – but her husband’s affair with Christian left her devastated.

Since quitting EastEnders in 2012, she has undergone a complete career change, and entered the pop music industry to pursue a music career.

The star signed a record deal with Universal Records but was soon dropped from the label when her single Shimmy received poor sales and her album was never released – but that didn’t deter her, as she went on to scoop a coveted Best Female Act award at the UK Asian Music Awards in 2011.

She went on to release another two singles in 2014, and then in 2015 decided to embark once more in a West End career after appearing in Joseph and the Amazing Technicolour Dreamcoat.

Preeya appeared as Pinky in the West End version of Bend It Like Beckham after appearing in the film version as Monica.

And that wouldn’t be the end of her theatre stint, as she went on to take on the role of Miss Hedge in Everybody’s Talking About Jamie.

Strictly Come Dancing kicks off with the first live show on Saturday at 7pm.