Tiffany (played by Maisie Smith) found herself at the centre of a harrowing grooming plot earlier this year on EastEnders after building up a friendship with drug dealer Evie Steele (Sophia Capasso).

The teenager left Walford for a brief stint in recent months as Tiffany became integrated with a notorious gang who were taunting the youngsters of the Square, but her time away from home was quite the ordeal.

After Evie was put in a witness protection programme following Tiffany’s return to Walford, the teenager confided in her uncle, Jack Branning (Scott Maslen) she had been raped by one of the gang members.

Jack has been a strong support for Tiffany in light of the events and went as far as to attack the gang member in question, Fraser (Shanu Hazzan), which will lead to serious repercussions for the former police sergeant next week on the BBC soap.

Jack will be informed by a friend currently serving in the force he has been linked to an attack on Fraser at the same time Tiffany is facing romantic dilemmas with on-off boyfriend, Keegan Baker (Zack Morris), who is unaware what the youngster has been through.

Tiffany is currently in the dark about her uncle’s brutal attack on her rapist but with the police closing in on him, Jack finally reveals the truth to his niece he went against her wishes.

As the situation escalates and he confides in brother Max Branning (Jake Wood) about the attack, Jack is contemplates fleeing the Square but it seems the protective uncle will face up to his actions as the summer preview sees the former police sergeant being carted off by police.

It seems the fallout from her decision to join the gang will give Tiffany food for thought as the following week will see her pack her bags.

The youngster will make the decision to move back to Milton Keynes to live with mother Bianca Jackson (Patsy Palmer) and will bid heartbreaking goodbyes to her loved ones.

After his arrest, it seems Jack will be either let out on bail or walk away from the authorities a free man as new spoiler pictures see the Walford heartthrob bidding his niece farewell. 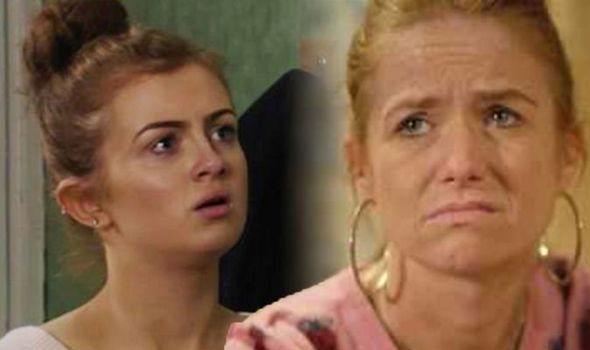 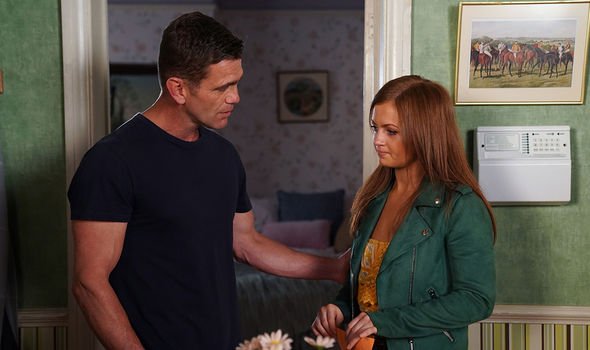 Sister Whitney Dean (Shona McGarthy) will also go to the tube station to wave off Tiffany, but could Keegan confesses his undying love for the schoolgirl and change her mind?

Or could it be Tiffany’s best friend and Keegan’s sister Bernadette Taylor (Clair Norris) who persuades the teenager to stay after their recent feud?

Viewers will have to wait and see what Tiffany decides but in the meantime, the BBC soap aired an unexpected twist for Keegan’s older sister Chantelle Atkins (Jessica Plummer) in last night’s episode.

Since their arrival on the Square earlier this year, Chantelle and Gray have seemed from the outside to uphold the ideal of the picture prefect family alongside their young children. 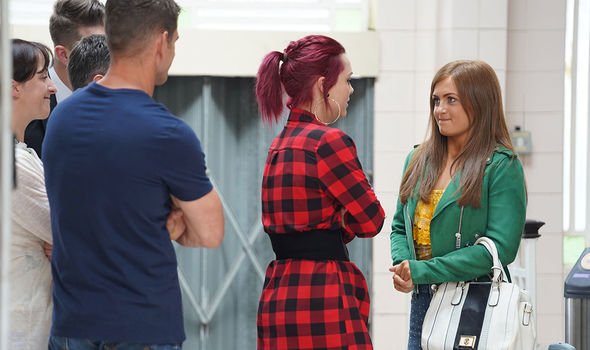 However, last night’s scenes portrayed their relationship isn’t as plain sailing as Chantelle is making out to her family and the rest of Walford it is.

“I feel honoured to take on the responsibility of Chantelle’s story. This is an issue that I, and everyone at EastEnders, hope we can raise awareness of,” Chantelle star Jessica Plummer, 26, said.

“Many women and men that are in Chantelle’s situation suffer in silence and we really hope that by showing this story we can highlight an issue and encourage those in similar situations to seek the help they need.”

As the storyline continues, Gray’s attitude and behaviour towards Chantelle is likely to become more unsettling and deceptive now viewers know what’s really going on.

Will Chantelle’s mother Karen Taylor (Lorraine Stanley) sense not everything is right with her daughter’s marriage and step in to help her?

EastEnders continues Monday at 8pm on BBC One.