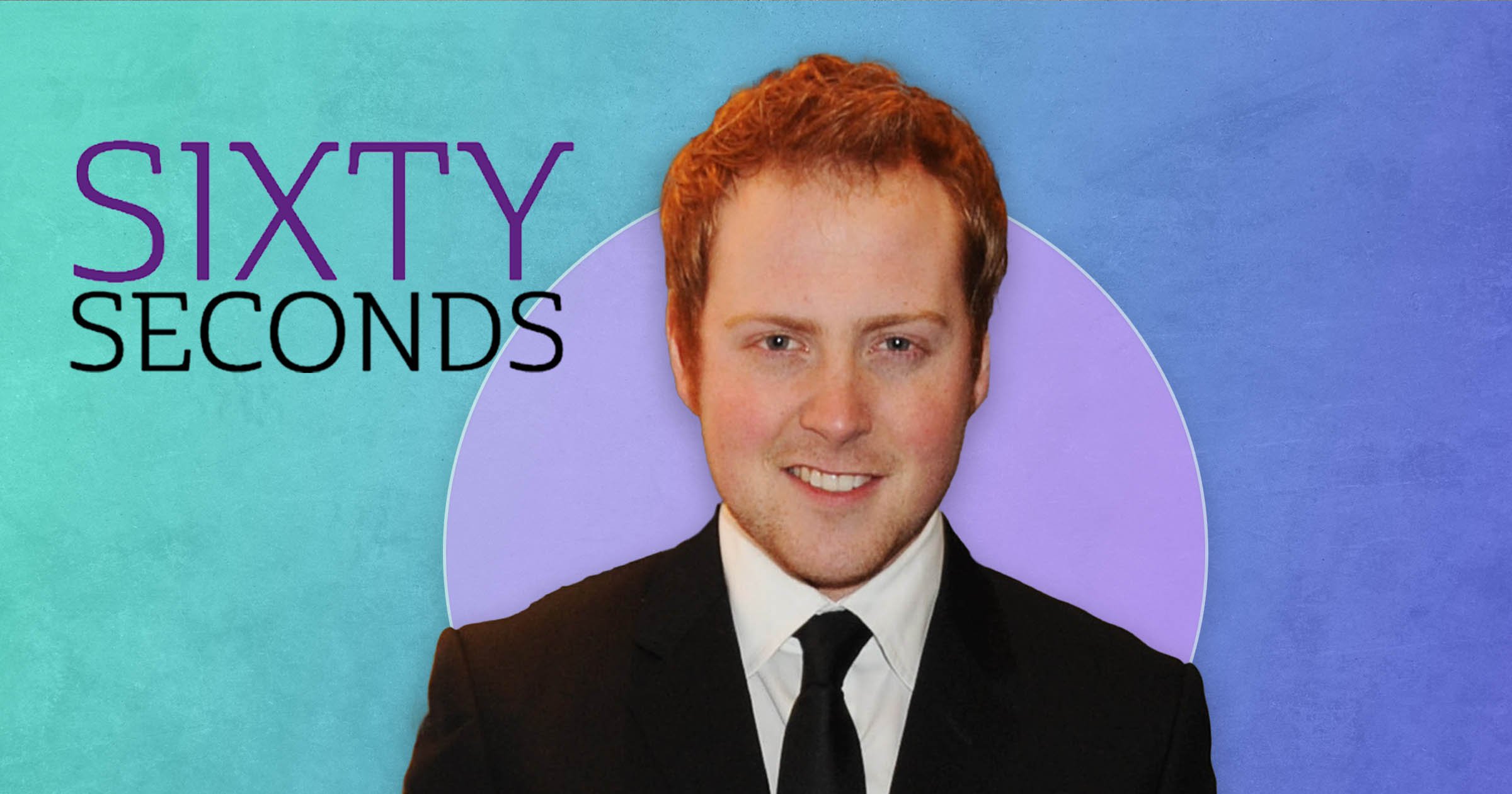 The ex-Eastenders actor, 33, on the show, working in a garden centre and why he joined the cast of The Mousetrap.

The Mousetrap has been running in London’s West End for 69 years. Have you seen it yourself?

No, I haven’t. It’s the world’s longest-running play so I must be the only person left who hasn’t seen it. I knew little bits of it but I didn’t know the complete story and I didn’t know who did it, so that was quite cool as I read the script.

Who do you play?

I play Sergeant Trotter, who is the police officer who arrives at Monkswell Manor to tie a murder that has happened in London to a group of seven guests who have arrived at this countryside hotel. Among the guests is the killer and possibly some future victims. It’s a classic Agatha Christie – a storm, a remote guesthouse, creaking floorboards and old furniture. The pandemic has meant a horrendous year for everybody but for acting in particular, so also I felt a sense of duty to do it and to be a part of theatre reopening.

What other work have you been doing?

I’ve been working as a chef in a garden centre close to where I live. I’d always enjoyed cooking so I applied and they took me on. I was thrown in at the deep end. It was hard work but I’ve enjoyed it. I started in November 2019. Acting will always be my first love but I got to the point, like a lot of actors do, where you’re not always going to be working and you need to find other ways of supporting yourself and your family. I’ve got a seven-year old boy and a five-year-old girl.

How did lockdown affect you?

Coming out of lockdown I’ve been back at the garden centre but obviously the restaurant is closed so I’ve been moved out into the plant department. I’ve thoroughly enjoyed it. I’ve found a new love for plants that I didn’t realise I had. I’ve learned so much and it was great for me because it meant all the bills were paid, and the kids were clothed and fed. I’ve handed my notice in, though, to focus fully on The Mousetrap.

The Mousetrap cast reads a bit like an EastEnders reunion party, doesn’t it?

There’s Paul Bradley [who played Nigel Bates in the soap], Nicholas Bailey [Anthony Trueman] and Louise Jameson [Rosa di Marco]. I wasn’t in the show at the same time as them but I remember seeing them all from when I watched Enders as a kid.

It’s 11 years since you left EastEnders. Do you have fond memories of those days?

Very much. I was only 18 when I started playing Bradley Branning and to be offered something of that scale was just massive. I was a teenager working in Waitrose when I was offered the job. I’d acted since I was four and got an agent when I was 17. I got a small role in The Bill but Enders was my big break.

Do you still get recognised?

I have aged! I’m not 21 anymore. People recognise me but they can’t place me.

Why did you leave EastEnders?

I wanted to move on. Me and Lacey Turner [screen wife Stacey Branning] got on so well and were such good friends outside of filming that we said we wouldn’t really want to be in  it without the other one. I made the decision and told her. I was so young and I wanted to try other things and play as many different characters as I could.

Do you wish Bradley hadn’t died and could have gone back?

I didn’t have much say but I’m glad it ended the way it did because it closed the chapter and meant I could look forward. Whereas if I’d had EastEnders to fall back on, maybe I’d have taken my foot off the gas a bit.

What did you do after leaving EastEnders?

I went to Rada for a year and studied for a master’s. I wanted to show myself that, regardless of what people think, I can act and I’m not just that one character. Since then I’ve been a jobbing actor.

Have you ever been offered a reality show?

I think Strictly and the jungle. They weren’t where I wanted to be at the time, I’d always just wanted to act. But I’m that bit older and now that I’ve got young kids and a family, I guess you can never say never.

How do you unwind?

I like to sit in the garden and have a nice glass of wine or watch a box set. I’m also hooked on boxing – I discovered it years ago and I’ve got a punch bag in the garage. It’s so good for fitness and mental health because you can just get your frustration out.

We tried to have fun. We made our own little pub with the kids in the garden. We wrote up a sign with the pub’s name and what was on offer, and the kids would write down the drinks and snacks – it was good practice for their spelling and numbers. It wasn’t quite as dramatic as the Queen Vic!

The Mousetrap has reopened at St Martin’s Theatre, uk.the-mousetrap.co.uk.

How to get your Metro newspaper fix

Metro newspaper is still available for you to pick up every weekday morning or you can download our app for all your favourite news, features, puzzles… and the exclusive evening edition!