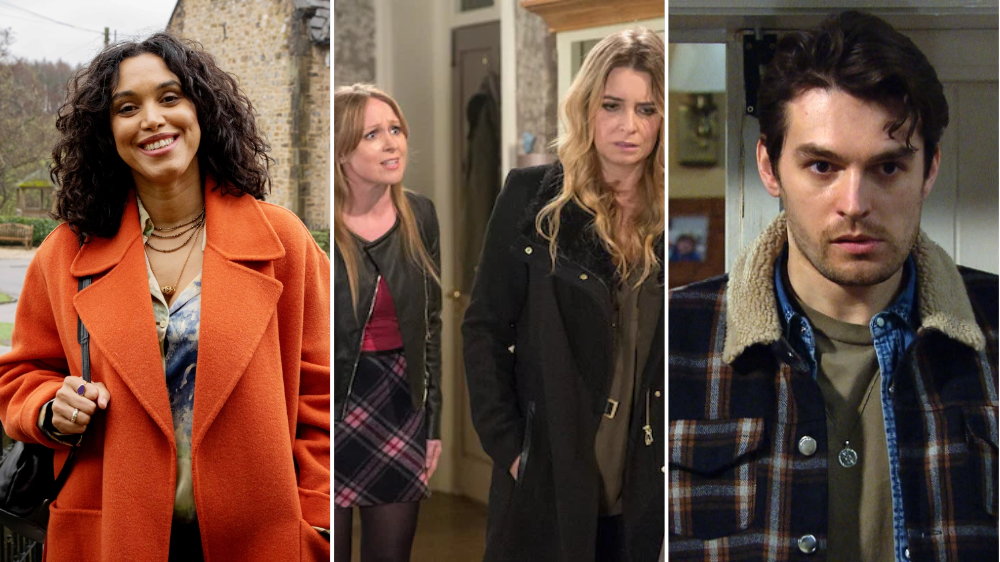 It’s a relationship that captured the attention of millions of Emmerdale fans, but these days, the love story of Vanessa Woodfield (Michelle Hardwick) and Charity Dingle (Emma Atkins) lies in ashes.

Of course, there’s always been hope among many that a phoenix could rise from these ashes and set the couple onto the road of reunion.

But in separate relationships and with different directions ahead, Emmerdale bosses have confirmed that the focus will remain on the former couple’s new relationship.

However, they were quick to insist that Charity and Vanessa will always be in each other’s hearts in some capacity.

‘Vanessa and Suzy’s relationship is still relatively new, and for a new relationship they have had to deal with a lot of difficult issues,’ show producer Jane Hudson exclusively told Metro.co.uk.

‘I think it’s only right that we allow that relationship a chance to develop and to explore the future holds for them.

‘I think Charity has made it very clear that her feelings are for Mackenzie and they’re reciprocated and they have a lot going on as well, especially with what Noah has recently been up to.’

That said, due to family and closeness, it’s inevitable that they always remain on each other’s radar.

Jane added: ‘I think Vanessa and Charity will always have feelings for one another and always care for each other and, they also have their children to think about as well, who some would argue are like brothers.

‘So there will always be some warmth between them.’

In soap, relationships are constantly under threat and Paddy Kirk (Dominic Brunt) may be another to fall casualty to this as Chas (Lucy Pargeter) continues her affair with Al Chapman (Michael Wildman).

‘So when we were looking at who to play out the next big affair storyline with, it just felt right that it was going to be Chas with Al, given all their history and Al was very much firmly against the Dingles.’

Broken hearts all over the place, the metaphorical storms might be just as painful as the imminent physical one.