Emmerdale viewers tuned into a double bill tonight and saw Bernice Blackstock (played by Samantha Giles) rush off to Australia with her teenage daughter Dee Dee, after her father Charlie was involved in a car crash. But will she come back to the Dales?

Bernice has been busy planning her wedding to Liam Cavanagh (Jonny McPherson) in recent months, and as the big day finally arrived, some worrying news meant she had to halt their plans.

As she enjoyed her hen party at the salon yesterday, she started to become excited for her upcoming nuptials.

“Right here in this room are all the women that have picked me up, today’s not just about saying I love my Liam, but I love all of you,” she told her friends.

However, things soon changed when her daughter Dee Dee (Mia Gibson-Reed) noticed her phone ringing and picked up the call. 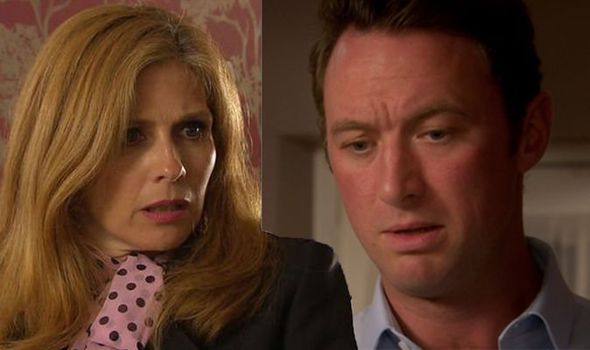 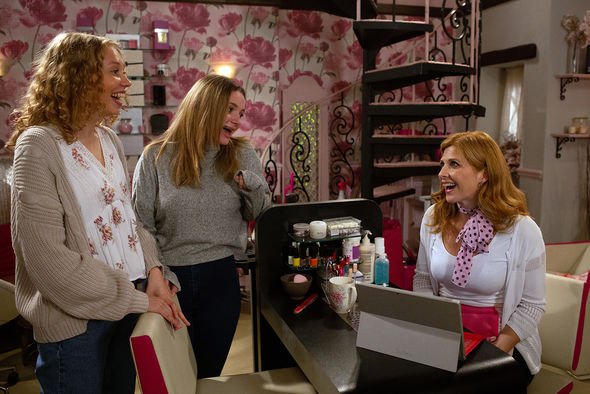 A shaken Dee Dee revealed to her mum her father Charlie had been in a serious car crash and was in hospital.

It wasn’t long before she had to drop the bombshell to Liam: “I can’t marry you tomorrow because I’m leaving with her tonight, the wedding’s off.”

She revealed to her sister Nicola Blackstock (Nicola Wheeler) she would not be returning, leaving the rest of her family, and more importantly, Liam, unaware she may not come back.

“He didn’t seem to cut up his fiancée’s moving to Australia, so that’s a positive,” Nicola said to her sister.

“Probably because I haven’t told him,” Bernice confessed. 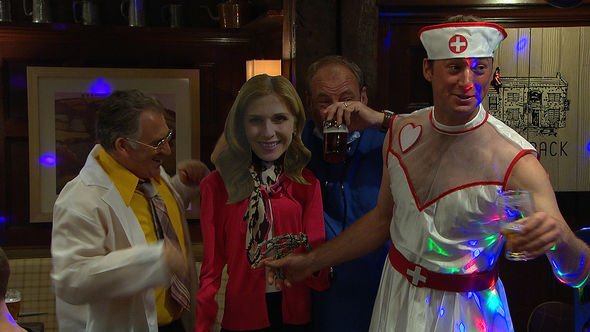 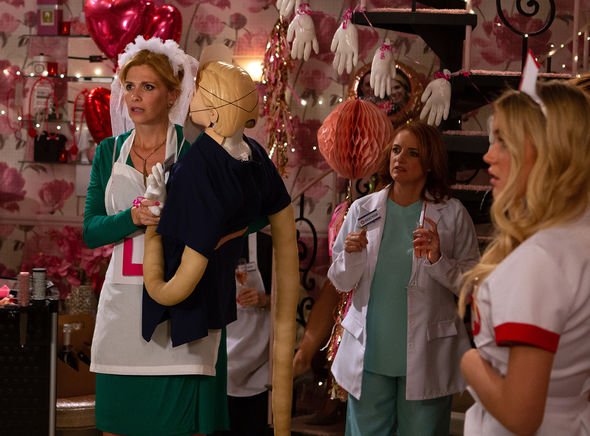 Nicola then asked: “What are you going to do, send him the news on a postcard?

“I don’t know, I just couldn’t break his heart, I decided that one of us being an insufferable torment is enough,” she replied.

As she then asked whether she had told her daughters the news, she revealed she had kept her plans a secret.

On what she had told them, she said: “The same… nothing… Charlie’s doctor said these things are unpredictable, so a miraculous recovery isn’t off the table.”

She tried to assure her sister she would indeed return, and seemed to desperately want to.

However, Nicola hit back and told her to tell the truth: “Until he [Liam] works it out for himself, isn’t it better to be honest than to drag it out?

Liam is sure to be in for a shock when it emerges that his wife-to-be will not be returning to the village as expected.

As she said her final goodbyes, he told her: “Until you come back and marry me.”

Her husband-to-be had earlier given her a locket to keep with her whilst away from the village, but she gave it back to him before she left with Dee Dee.

She said: “Listen, about the locket, it doesn’t feel right taking it, what if it gets lost?

“These things happen that are out of our control, I can’t bare the thought of losing something so precious, so please you keep it.

“When I get back I’ll wear it on our wedding day,” she said to Liam.

She still seems to be clinging onto the plan of marrying her fiancée, so will she make a surprise comeback in the near future?

Although Charlie’s injuries sound serious, those around her have tried to convince Bernice that he will make a full recovery, which would give room for her to return.

Could her daughter Dee Dee tell her mum to return to the UK to marry Liam, the love of her life?