Ever since Bernice Blackstock (played by Samantha Giles) left the village back in November 2019, fans of Emmerdale have been calling for her return. ITV have just announced the popular character is making a comeback just when her ex, Dr Liam Cavanagh’s (Johnny McPherson) love life with Leyla Harding (Roxy Shahidi) is back on track. With a wedding on the horizon for the romantic couple, Bernice’s arrival is about to make life very complicated for the pair. But why is she back and does she expect a reunion with Liam? As for Gabby Thomas (Rosie Bentham), she is yet to tell her mother about her pregnancy, and the news will only go down like a lead balloon. With no business to come back for either – what does Bernice really want?

The actress who plays Bernice decided she wanted to take on other ventures outside of acting and left the soap over 18 months ago.

Her character jetted off to Australia with her daughter when they received a call about Dee Dee’s father being in an accident, thus leaving behind her fiancé, Liam.

Eventually, Bernice told Liam she would not be returning to the Dales and called off their engagement and the doctor was brokenhearted.

Leyla, however, was always waiting in the wings for Liam and after some time, they finally got together – but their romance was not easy, with Gabby and Leanne Cavanagh (Mimi Slinger) making their lives difficult. 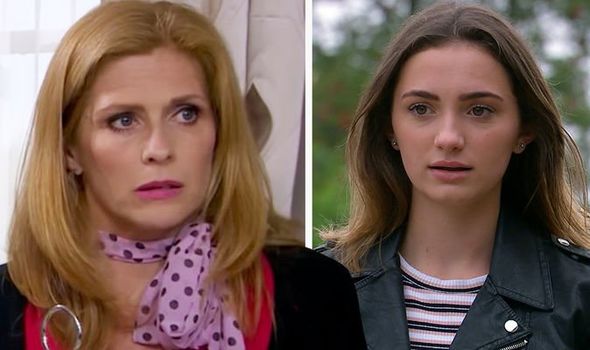 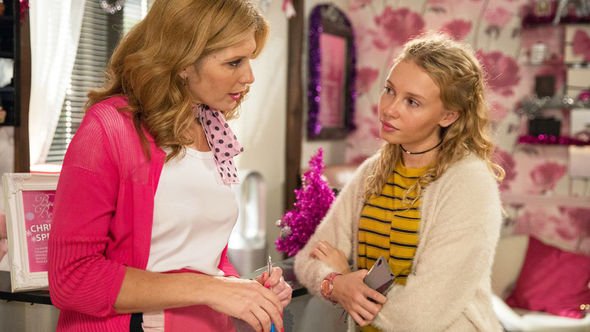 More recently, Bernice’s name has cropped up with Gabby’s pregnancy storyline and Mandy Dingle (Lisa Riley) – the latter having the opportunity to buy Bernice’s share in the salon business.

When Express.co.uk spoke to the actress who plays Gabby about her character’s new storyline and emergence with the Tate family, Bernice finding out about becoming a grandmother was discussed and it seemed Gabby wanted her overbearing mother to stay out of things.

But with Bernice now back on home soil, it won’t be long until Gabby has to tell her she is having a baby with Jamie Tate (Alexander Lincoln).

How is Bernice going to feel after she finds out she was kept in the dark so long?

To add to matters, with Kim Tate (Claire King) having a very active role in Gabby and her unborn grandchild’s life, as well as Laurel Thomas (Charlotte Bellamy) being a surrogate mother to Gabby, it seems there is no room for Bernice. 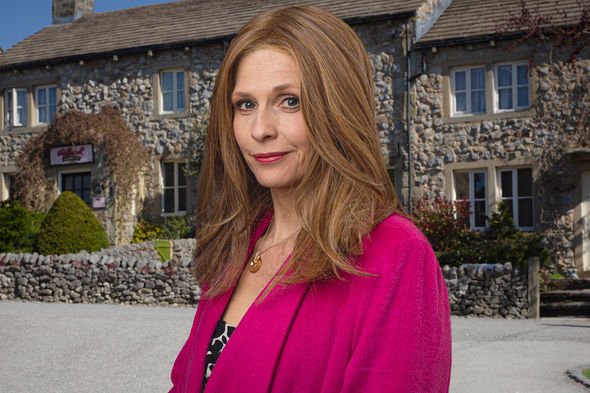 Upon the news of Bernice’s return, Emmerdale’s Producer Laura Shaw said: “I am thrilled to have Samantha Giles returning to Emmerdale as Bernice.

“Samantha is such a fabulous actress and her portrayal of Bernice is a wonderfully warm, complex mix of tragedy and comedy that always brings a whirlwind of fun and drama.

“Constantly misunderstood, often getting things terribly wrong, Bernice promises to cause quite a stir from the moment she lands back in the village and will certainly turn lives upside down as she tries to navigate through the changes since she left.”

Samantha added: “As an actress leaving a role that you love is always a hard decision and I’d been lucky to work so consistently for so long which is rare in our business, so I knew the time had come to be brave and take the leap back in 2019 to pursue my other passion of writing and focus on getting my first book published. 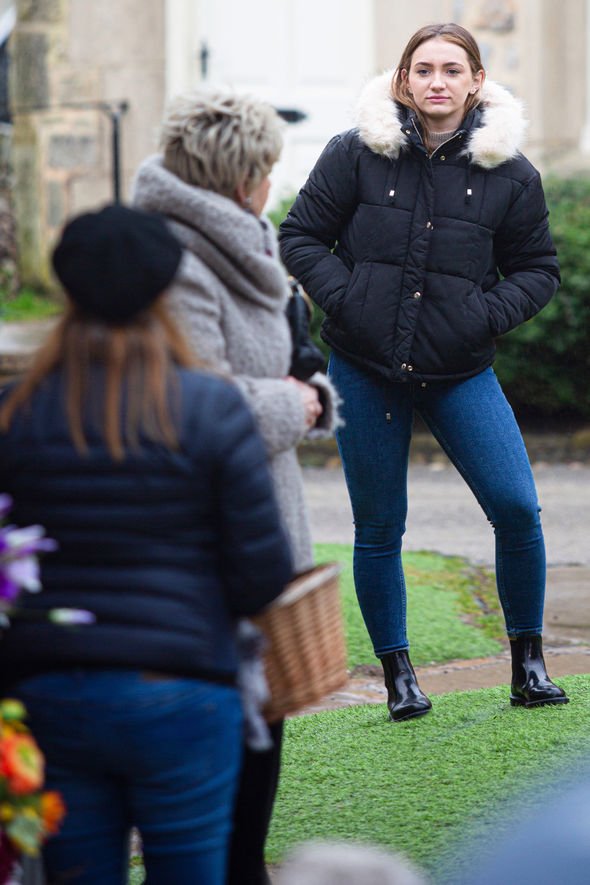 “I’ve now had such a lovely response with Rosemary and The Witches of Pendle Hill and the down time of the pandemic meant I was able to complete my next two books.

“I’m a big believer in fate so when Emmerdale offered me the chance to return as Bernice I took it as a sign that it was meant to be,” she continued.

“I’m delighted to be returning to play out Bernice’s future storylines which I’m sure are going to keep the audience entertained.

“She certainly arrives back with a bang that’s all I’m allowed to say right now and I’m looking forward to releasing my next two books whilst juggling her hectic onscreen life!”

There will be one person who is pleased to see Bernice returning, and that is Nicola King (Nicola Wheeler).

The local counsillor is having difficulty keeping her family together – with the return of Carl’s mother wanting visiting rights to husband Jimmy King (Nick Miles) killing Paul Ashdale (Reece Dinsdale) when he crashed his van into the barn last month.

There is also the small matter of where Bernice is going to live; Diane is currently letting Charity Dingle (Emma Atkins) stay with her.

With Diane’s cottage full and Gabby now living up and Home Farm, with no partner to live with either, where will Bernice reside?

Thinking ahead as to watch Bernice’s storyline is going to be, romance will be on the cards for her sometime in the future – probably not with Liam.

Which other single men could she catch the eye of? Perhaps new vicar Charles…