Nicola (played by Nicola Wheeler) has been holding the fort at the Emmerdale café of late, running the ship as if she owns the place. In recent weeks, she has overheard a lot of discussions involving some of the ITV soap’s biggest characters, some she probably shouldn’t have been listening in to. However, during Tuesday night’s episode of the weeknight serial drama, she witnessed Paul Ashdale (Reece Dinsdale) slipping back into his old habits as he took up gambling again. This is a demon he is having to deal with and one which could ruin his recently rekindled relationship with Mandy Dingle (Lisa Riley). However, will his partner discover the truth if the village gossip lets slip her other half’s big secret?

Since his arrival in the village earlier this year, Paul has been doing everything he can to make amends with Mandy and his son Vinny Dingle (Bradley Johnson), who he walked out on years ago after struggling with a gambling addiction.

After months of trying to build bridges, recent weeks have seen him reunite with his former lover on the condition he sought professional help for his struggles.

Although he promised to change his ways, little does she know he is already putting their livelihoods at stake by placing bets yet again.

It was this Nicola witnessed whilst cleaning the café in recent scenes as the troubled character watched some horse racing on his phone.

The father-of-one had forgotten to put in some earphones, meaning the village gossip could hear exactly what he was listening to. 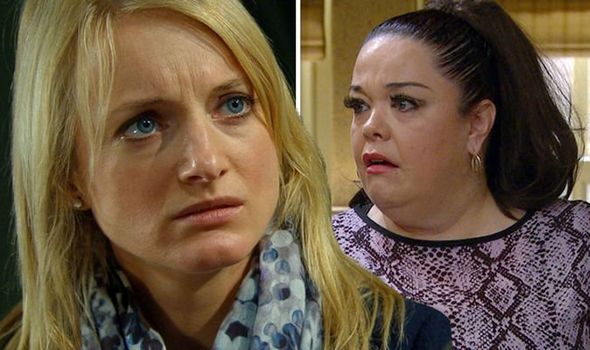 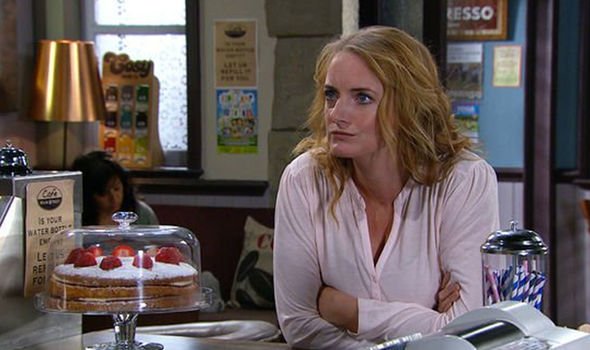 It was only after she told him to quieten down did he put some earphones in and his reaction became more ecstatic as it was clear he was winning some big money.

Unfortunately, he seemed in a more sombre mood when Mandy and Vinny arrived at the café, having clearly lost the money he’d won by being greedy.

Luckily, Nicola didn’t seem to tell the gambling addict’s partner at this point what her lover had been up to as the salon owner seemed more concerned about getting her hands on some cash for her new business venture.

In upcoming scenes, the troubled character’s son will discover what his father has been up to, leading to a violent showdown. 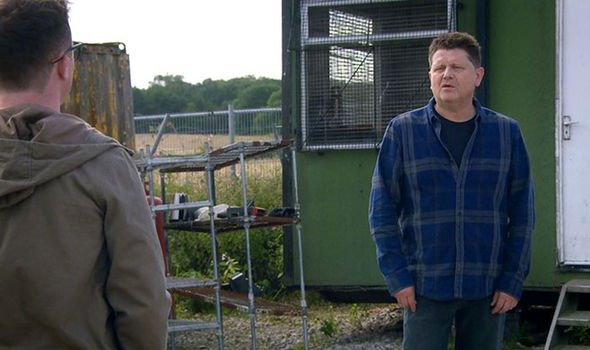 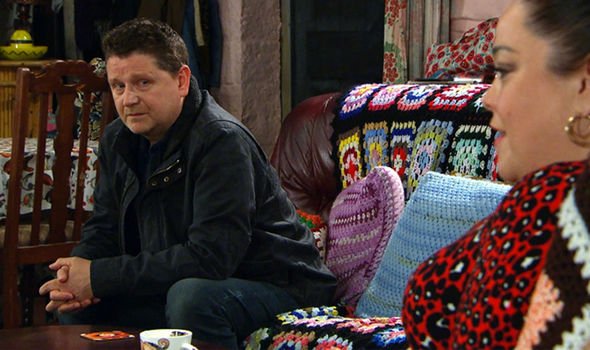 However, with Mandy making regular visits to the café to try and work out her business plan, she might end up speaking more with Nicola.

As the women get to speaking, the village gossip could let slip Paul had been watching some horse racing on his phone.

Without any further explanation, the quirky Dingle clan member would immediately know what he’d been up to.

This could lead her to confront her other half about whether he had lied to her when he promised he would never return to his old ways.

With Vinny having been beaten black and blue for discovering his father’s secret, he might happily confer with Nicola’s account of what Paul had been doing in the café.

Not willing to put herself through any more heartbreak, Mandy could end their relationship there and then, ordering her lover to leave the village.

This would tear the recently reunited family apart once more as the gambling addict failed to get the right support for his struggles.

Will Nicola realise just how big the magnitude of her letting slip the troubled character’s secret to his loved ones will be?

Vinny star Bradley recently teased fans about what was to come of the aftermath of his character’s violent showdown with Paul.

The soap star said: “All I can say is that this is the start of a long storyline and in traditional soap fashion, it’s not the last you’re going to hear of Paul and Vinny’s situation.

“You’ll have to wait and see whether it’s going to get worse or better, but there’s lots more to come,” the actor added.

Will Paul realise it’s not just his son who he has to keep quiet but also Nicola if he wants to keep his family together?