Emmerdale viewers tuned in to see Victoria Sugden (played by Isabel Hodgins) come face to face with her rapist Lee Posner (Kris Mochrie) last night as he stormed into the village and demanded the Woolpack chef to stop spreading “lies“.

Having crumbled at the mere sight of the man, the Woolpack chef ran and hid in brother Robert Sugden’s (Ryan Hawley) house.

But it wasn’t long before Lee barged his way in and started threatening her.

While her family and friends attempted to get him and his mother Wendy (Susan Cookson) out of the property, Diane Sugden made reference to Victoria’s baby, and unfortunately both Lee and Wendy heard what she said.

Shocked and in disbelief at the revelation, they questioned whether she was telling the truth but she was unable to speak.

Ahead of tonight’s episode, the actress who plays Victoria explained what is to come and the danger she and her baby could be in now Lee and Wendy know about the pregnancy.

When asked how the situation is going to change, Isabel said: “As far as she’s concerned it’s none of their business.

“She knows what the situation is going to be; she is going to raise this baby on her own and she knows that and she’s more than happy with that.

“But if they know that, are they going to bully her into getting a termination?” she surmised.

“Are they going to want to be involved, is he going to make a claim over it? Stake a claim over the baby? It’s just opening a can of worms which she does not want opening,” the actress explained. 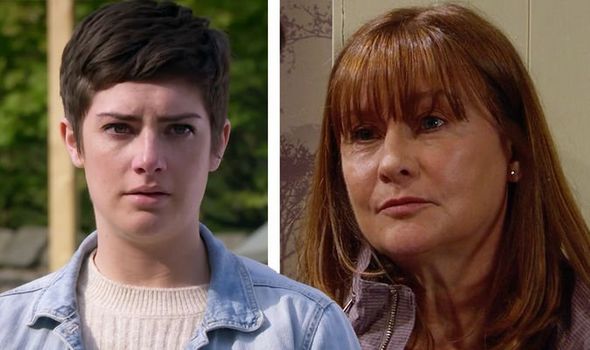 On the other hand, there is the possibility Victoria could take this matter to court.

While she lied to Wendy about having an abortion, when they find out she is in fact keeping the child, will they try to take legal action?

Express.co.uk spoke exclusively to Rebecca Calden-Storr a Managing Partner and Laura-Faye Trainor a Solicitor at Stowe Family Law about Victoria’s upcoming struggles and whether Lee has a chance of seeing his child.

Elsewhere in the village, Debbie Dingle (Charley Webb) is set to leave in upcoming weeks.

The actress who plays the mechanic is pregnant with her third child and therefore will be going on maternity leave from her character. 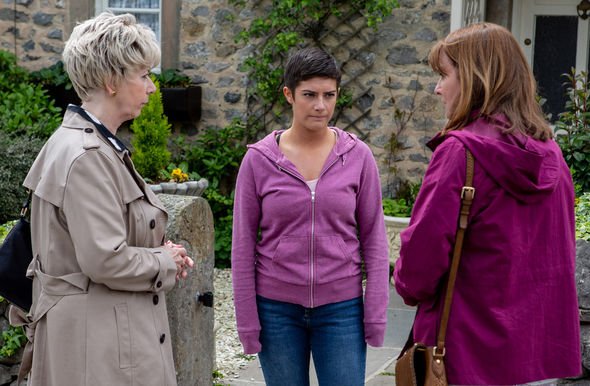 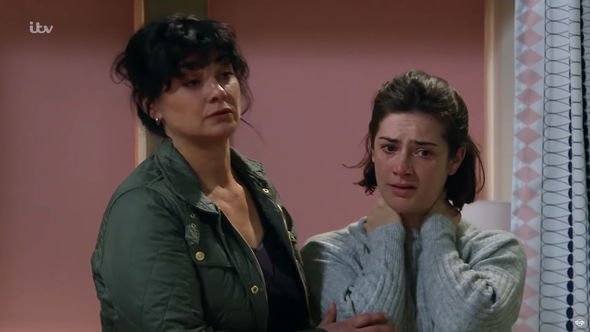 Will Victoria have the courage to tell Lee to stay away?

But there is a chance Debbie could be departing with Belle Dingle (Eden Taylor-Draper) in tow.

Scenes during Monday night’s instalment showed Zak Dingle (Steve Halliwell) reveal his beloved wife Lisa Dingle (Jane Cox) had left a garage in Scotland to Debbie in her will.

And following the turbulent year Belle has had, this could be the perfect time for her to leave for a while and start afresh somewhere new.

Nevertheless how will the rest of the Dingle family react?

If you or anyone you know has been affected by Victoria’s storyline, please visit Rape Crisis’ website here, or call them on 0808 802 9999 for confidential support and advice.