Victoria Sugden (played by Isobel Hodgins) was devastated when she discovered Wendy Posner (Susan Cookson) planned on moving to Emmerdale and ever since she moved into the village, she’s been subjected to a campaign by an unknown assistant to drive her away. However after a stranger sticks up for her, could viewers see sparks fly between the new arrival and a Dales’ resident?

Wendy is the mother of the Woolpack chef’s baby with rapist Lee Posner (Kris Monchrie) and believes Victoria is lying about her ordeal on the ITV soap.

Her arrival in the village has caused Victoria to break down on many occasions as she prepares to welcome her baby.

The Woolpack chef isn’t the only one angered by Wendy’s arrival as the grandmother-to-be has been the victim of a series of attacks on her home to try and drive her away.

However in tonight’s episode she found herself an unlikely ally as Aaron Dingle (Danny Miller) continued to try and intimidate her. 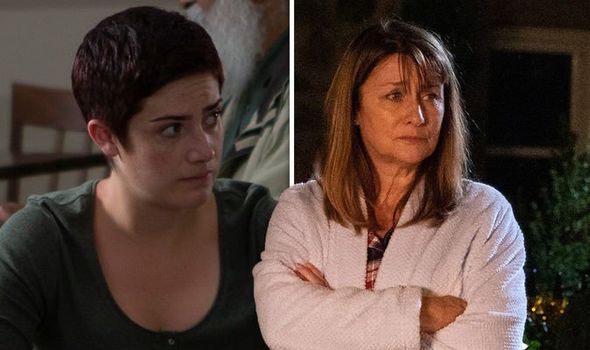 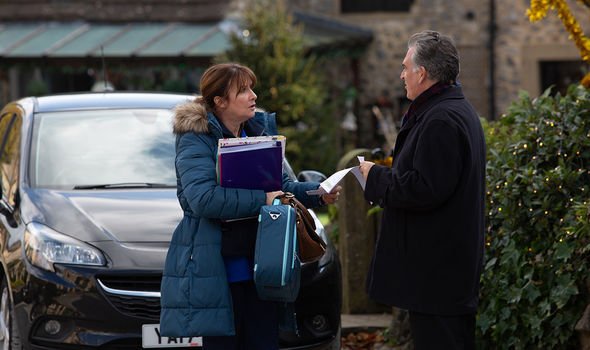 “Poor woman?” Aaron quipped. “You don’t know what her son did to Victoria?”

“I know you’re upset but she isn’t guilty of anything,” Bob hit back. 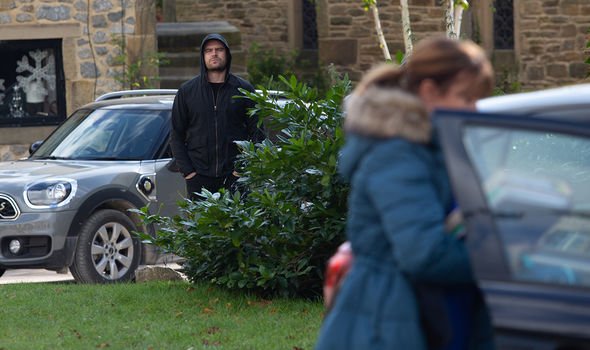 “She won’t believe what Lee did, reckons Victoria is lying,” Aaron said.

“It’s not easy for any mother to admit that of their son, maybe you just need to give her a bit more time,” Bob remarked.

“Be easy if she clears off and stops upsetting Victoria,” Aaron swiped before walking away.

After overhearing their conversation, Wendy turned to Bob and thanked him for his kind words.

“I don’t even really know you but thank you for sticking up for me,” she remarked.

“Bullying you isn’t solving anything,” Bob said before offering to help clean the graffiti.

Later on, Wendy and Luke Posner (Max Packer) bumped into Bob in the cafe.

“Can I buy you another coffee?” Wendy asked but Bob politely declined.

“I’d like to do something for you after the way you helped me this morning,” Wendy said to which Bob added he was just being “neighbourly”.

Turning to her son, Wendy said: “He scrubbed all that graffiti off see some people are okay with me people in the village.”

In upcoming scenes Wendy could grow closer to Bob as she sees him as her only friend in the village.

Will the pair strike up an unlikely romance as Wendy settles into life in the village?