In tonight’s Emmerdale, tragedy strikes when a fire breaks out in the factory – and someone will be left dead.

And at the moment, it seems Tracy Metcalfe, played by Amy Walsh, could be the unlucky character.

She gets stuck in the factory, unable to get out as smoke billows underneath the door.

Speaking of the tragic episode, Amy said: “It’s been a really sad emotional storyline because you know someone’s going at the end of it.

“But at the same time wonderful because it’s such a big stunt and episode that we’re all so proud of.”

She admitted the stunt felt real, adding: “You did feel like you were next to flames.”

Tracy has been involved in another huge storyline recently, after discovering Maya (Louisa Clein) was grooming teenage Jacob (Joe-Warren Plant). 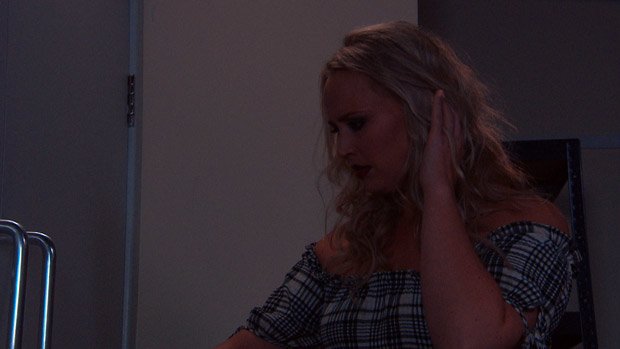 Amy said: “I’m really proud of it as a show. That particular storyline was a scary one to tackle.

“There was so much contention and people didn’t want to see it, to see an older woman grooming a child.

“Many people we spoke to were like, ‘Oh, I don’t like it,’ and at first I was worried it wouldn’t get the reaction it should.” 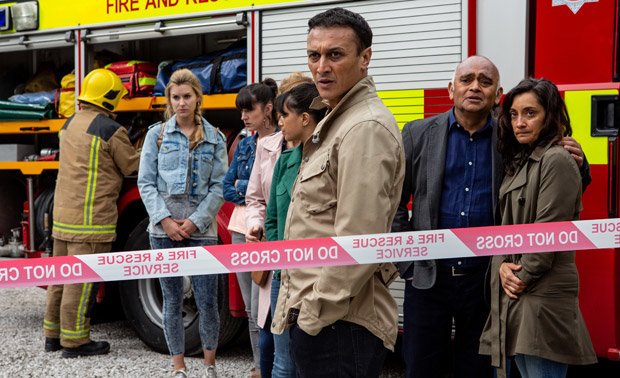 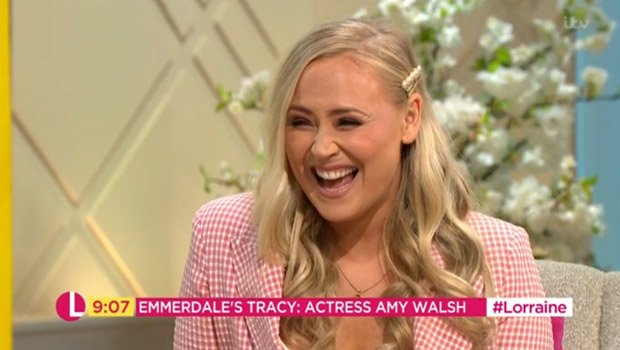 Amy admitted she’s “always loved” her character Tracy, even though “she was a bit of a wrongun”.

She laughed: “I literally get to play every variable of any personality. It lets all my personalities come out.”

Lorraine airs weekdays at 8.30am on ITV.