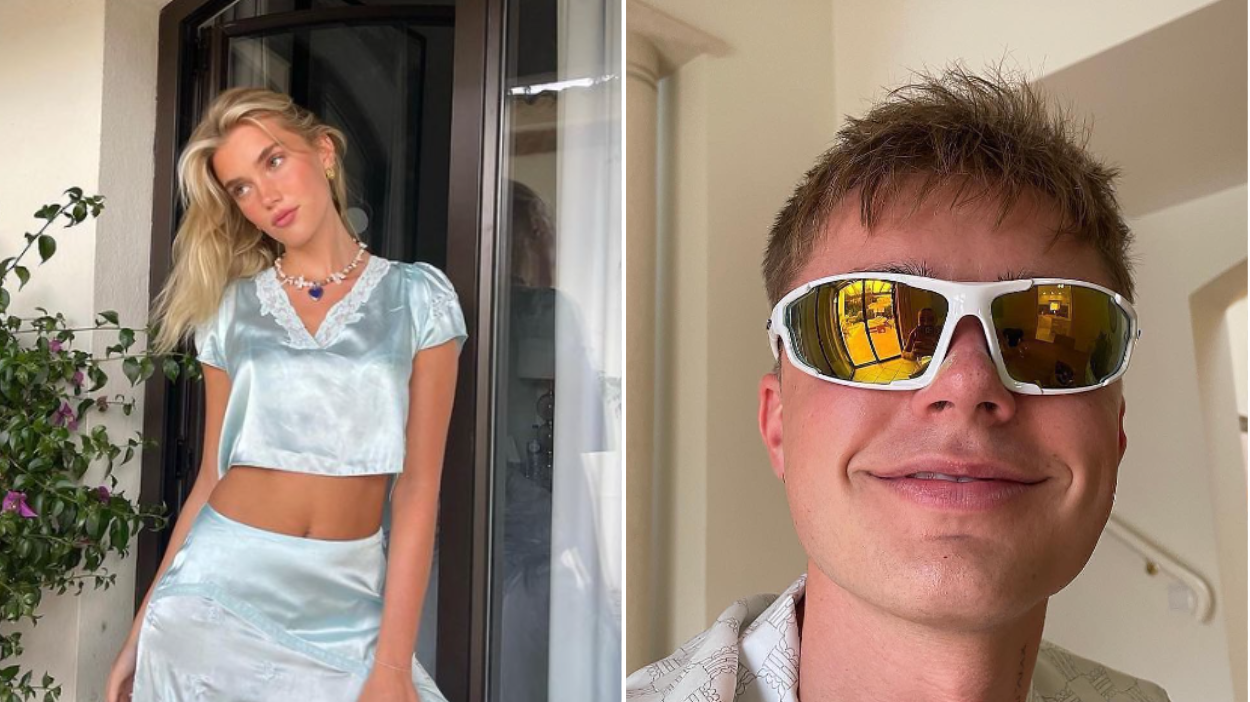 Back in October, it was reported that Mimi and Harvey met at the NTAs, with a source claiming at the time that they are ‘head over heels’.

‘HRVY and Mimi are completely loved up,’ they told The Sun.

‘After HRVY performed at the NTAs he met Mimi and they hit it off.

‘Things are pretty serious between them. They both know each other’s families and their friends have met.’

‘HRVY and Mimi have a real connection and those around them think they could go the distance because of what a good match they are.’

Meanwhile, Mimi shared pictures on her Instagram of herself relaxing on the deck of a boat with a stunning backdrop of emerald sea and a rocky coastline, wearing a bikini and a pair of lilac coloured Crocs.

She left Emmerdale last year when her character was sensationally killed by Meena Jutla (Paige Sandhu). Meena pushed her off a bridge on her 18th birthday. When Meena taunted Leanna’s dad Liam (Jonny McPherson) with what she’d done to his daughter, Liam pushed Meena off the same bridge – though unlike Leanna, she survived.

Since leaving Emmerdale, Mimi has taken on several new projects including a part in forthcoming TV series Masters Of The Air.

Boyfriend Harvey appeared in series 18 of Strictly, partnered by Jeanette Manrara. They were the first couple in the series to receive a 10 for their week 4 salsa, and in week 6 they were awarded a perfect 30/30 score for their Street routine. They made it to the final, eventually being beaten by Bill Bailey and Oti Mabuse.

Harvey also joined The Wanted on their Most Wanted: The Greatest Hits tour. The band donated £1 from every single ticket sale in aid of The Brain Tumour Charity in support of band member Tom Parker, who was diagnosed with an inoperable tumour and died in March this year.