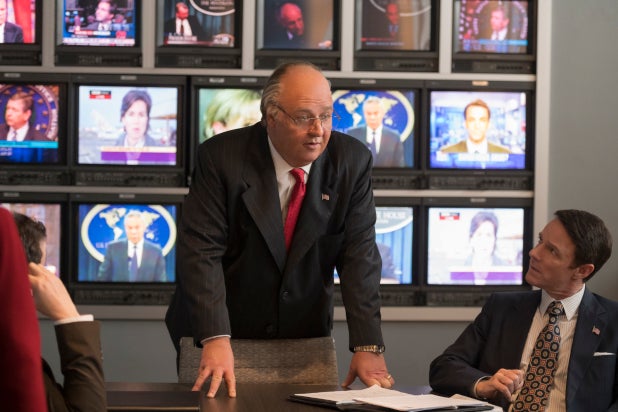 Former Fox News staffer Laurie Luhn has dropped her $750 million lawsuit against Showtime over her portrayal in the Roger Ailes limited series “The Loudest Voice.”

Filed back in January, the lawsuit said that the 5-part series — based on Vanity Fair special correspondent Gabriel Sherman’s book about the cable news network, “The Loudest Voice in the Room” — misrepresented her as a willing collaborator in Ailes’ sexual harassment of women during her time at the network.

Luhn’s attorney filed a request with the court on Friday to have the court dismiss the suit with prejudice.

Luhn, who spent two decades at Fox News, said in the suit that she was a victim of Ailes. She said Ailes repeatedly told her, “I own you” and forced her to “purchase black garters and stockings to wear for Ailes, which he called her “uniform.” The suit also said Ailes pressured her into oral sex during an encounter in a hotel room in 2004.

She also said she was “blackmailed” by Ailes and “required … to report to him any signs of what he called ‘disloyalty’ within the management, staff, and on-air talent of Fox News.”

Ailes resigned from Fox News in 2016 after former host Gretchen Carlson sued him for sexual harassment; eventually, more than a dozen women came forward claiming Ailes sexually harassed them. He died less than a year later in May 2017.

Luhn is portrayed by Annabelle Wallis in the Showtime series, which stars Russell Crowe as Ailes and Naomi Watts as Carlson. It is set to debut on June 30.

Sherman, who co-wrote the initial episode of the series, and Blumhouse Television, which produced the series, were also named in Luhn’s suit.