EXCLUSIVE: Embattled tech giant Facebook is the focus of a scripted drama series titled Doomsday Machine. Claire Foy, coming off her second Emmy win for playing Queen Elizabeth II in The Crown, is set to star as Facebook COO Sheryl Sandberg in the project, from Anonymous Content (Spotlight, Mr. Robot) and wiip (Mare of Easttown, Dickinson). 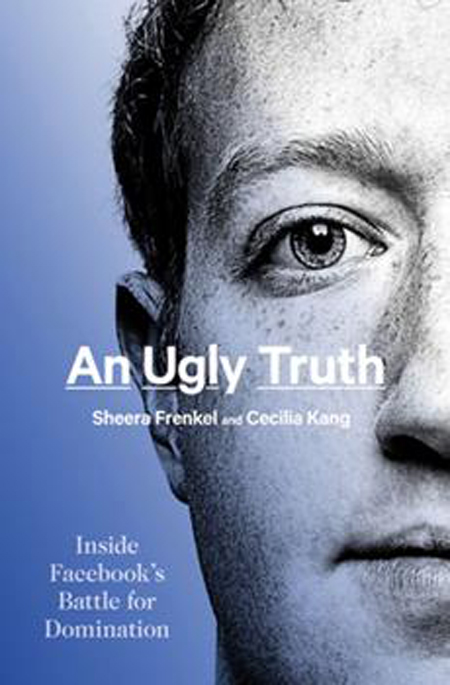 Created by Homeland Elegies author Ayad Akhtar, Doomsday Machine is based on Sheera Frenkel and Cecilia Kang’s bestselling book An Ugly Truth: Inside Facebook’s Battle for Domination as well as their New York Times reporting and the reporting of The New Yorker’s Andrew Marantz. The book was published by Harper, an imprint of Harper Collins, in July 2021.

Doomsday Machine chronicles the political and social minefields Facebook has navigated on its relentless quest for growth. It focuses on Sheryl Sandberg (Foy) and Mark Zuckerberg, who have been shaping the way that billions of people around the world communicate and consume information.

The series covers the period beginning with disinformation and the 2016 election and covers the the internal struggles leading to the most recent revelations reported in the WSJ and NYT: the disclosure of XCHECK, a program that shielded VIP users including Trump from the platforms normal rules and regulations; news that the company was aware of the mental health risks posed by Instagram to younger users despite their public downplaying of the issue; and a push by Zuckerberg to use the News Feed to push out positive stories about Facebook to help shape public opinion.

The announcement of the project comes on the heels of Wednesday’s bombshell Senate testimony by Facebook whistleblower Frances Haugen, who urged lawmakers to impose tougher regulations on the social media giant.

Zuckerberg was previously portrayed by Jesse Eisenberg in the 2010 movie The Social Network, which tracked the origins of Facebook. It did not feature Sandberg as a character.

AC Studios and wiip will serve as co-studios on Doomsday Machine, which has assembled a list of high-profile journalistic consultants. Frenkel & Kang are both consultants and EPs on the project, alongside The New Yorker’s Andrew Marantz, author of Antisocial: Online Extremists, Techno-Utopians, and the Hijacking of the American Conversation, who has been shaping episodes with Akhtar.

Akhtar is a Pulitzer Prize-winning playwright and award-winning novelist. His most recent novel, Homeland Elegies, was selected as one of the ten best books of 2020 by both the NYT and The Washington Post and listed by President Obama as his top book of 2020. Akhtar is currently adapting his novel as a series for FX. In addition to his work as a writer he is also the president of the PEN America foundation.

Foy last month won her second Emmy for Netflix’s The Crown. She’ll next be seen in a starring role in Melissa Broder’s upcoming feature The Pisces and leading the cast of BritBox thriller Marlow. Foy is repped by UTA and Oliver Singer at Independent Talent Group.