The Falcon and The Winter Soldier: Disney+ release new trailer

Marvel aficionados were horrified by the actions of the new Captain America, John Walker (played by Wyatt Russell) in the latest episode of The Falcon and the Winter Soldier. With just two episodes left for the new Disney+ series, can the two heroes put a stop to the new Cap’s rampage?

The fate of Captain America’s iconic shield was left in a precarious place after the fourth episode of The Falcon and the Winter Soldier.

In ‘The Whole World Is Watching’, John Walker is enraged by the death of his partner, Lemar Hoskins (Clé Bennett) at the hands of the Flag Smashers.

Having just taken the last dose of the anarchist group’s super soldier serum, Walker races after Nico (Noah Mills) and kills him in the street in front of a crowd of terrified spectators.

With blood quite literally on his shield, and footage of his actions undoubtedly circulating around the globe, Walker’s days as the new Captain America are surely numbered. 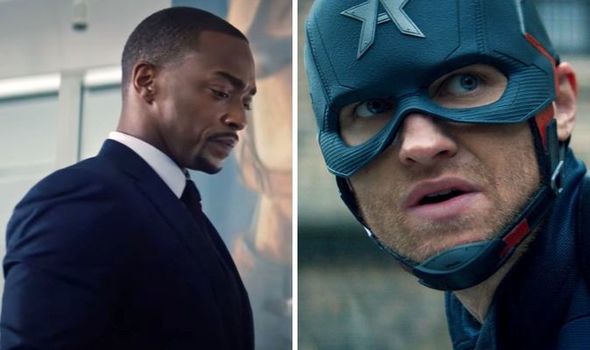 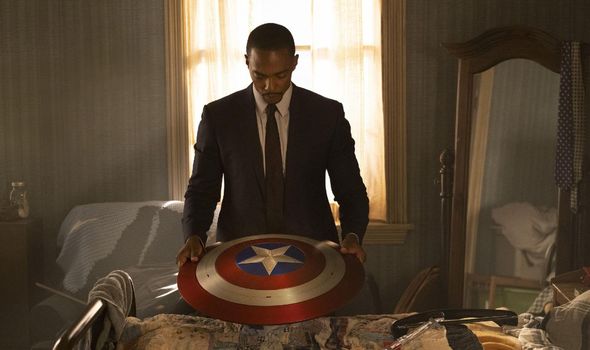 As the series reaches its climax, it will likely befall Sam Wilson (Anthony Mackie) and Bucky Barnes (Sebastian Stan) to track down the out of control super soldier.

Once incapacitated, fans are predicting Walker to be stripped of his new mantle, with Sam Wilson stepping up as the most likely candidate to inherit Steve Rogers’ (Chris Evans) signature shield.

However, the hero better known as the Falcon has already relinquished the symbolic weapon once before, right at the start of the series’ first episode.

Moreover, now the shield has become even more of a symbol for the USA’s violent actions on foreign soil, Sam may be even less inclined to take on such a loaded alter-ego than before. 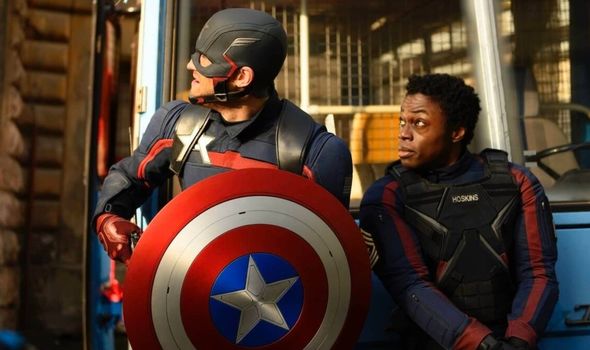 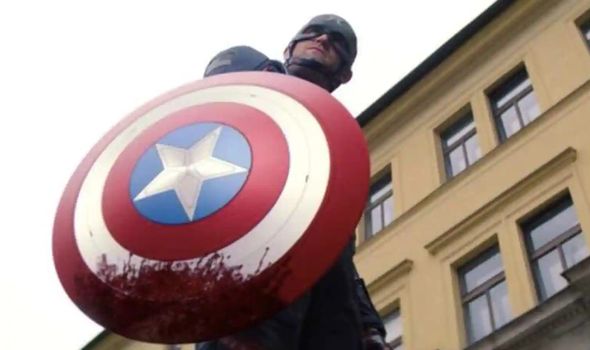 Once the episode had been made available to eager Marvel fans last Friday, they flooded message boards to speculate on what the devastating final scene could mean for the rest of the series.

Many fans agreed that it may be some time before Sam Wilson is officially announced to the world as the new new Cap after Walker’s appalling actions.

On Reddit, one user wrote: “After seeing that, I’m not sure Sam or anyone else will be able to take up the shield, at least not for a while.

“Walker has tarnished it to the point where it’s damaged goods. It’ll take a big act of redemption for people to trust anyone who wields it for some time.”

While some leaked merchandise seems to confirm Sam Wilson as the new Captain America, it remains dubious whether this will be the Falcon’s official look by the end of the miniseries.

The Marvel series is showing no signs of slowing down, though it’s still unknown when exactly Falcon and the rest of the fractured Avengers will show up in the various series and sequels.

With the Avengers still disbanded after the events of Endgame, it could be some time before Sam feels comfortable to replace his old partner, Steve Rogers, as the all-American hero.

Alternatively, another viewer argued: “Sam will redeem it, for sure.”

“He’ll pull off some giant heroic act and be the brand new Captain America, shield and all.”

Even so, it’s going to take a miracle for the image of Captain America to be redeemed on the world stage.

Has John Walker irreparably tarnished Steve Rogers’ patriotic alias, or will Sam Wilson manage to wipe the blood from Cap’s shield once and for all?

The Falcon and the Winter Soldier continues Friday, April 16 on Disney+.