Frozen 2 was released in cinemas yesterday and already looks set to beat the box office record set by the first movie. Disney had predicted a $100 million dollar debut for the second film, but after a strong start on day one, they increased the projection to $120 million. If it hits this, the new film will surpass the $93 million made by the first over the Thanksgiving holiday back in 2013.

With success looking all but certain for Frozen 2, fans will no doubt be leaving cinemas delighted with the results of Jennifer Lee and Chris Buck’s sequel and wondering whether or not there might be a third in the offing.

Now, the cast and crew have spoken out about whether Elsa (played by Idina Menzel), Anna (Kristen Bell), Kristoff (Jonathan Groff), Olaf (Josh Gad) and Sven could return to the big screen once more.

When asked if she thought she had voiced Elsa for the final time, Menzel told Yahoo!: “You’re going to make me cry! I didn’t think about it.

“I think about it being the last session with the creative team who are my Disney family for this particular film, and thinking, ‘Oh my God, it’s been three years [in production]’, and it’s bittersweet, you know?” She added. 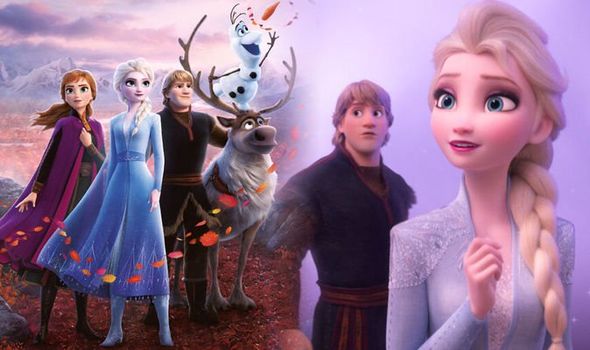 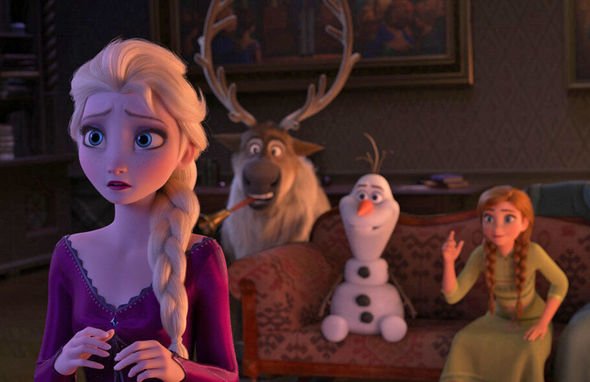 Menzel went on to say it felt “good” to complete Frozen two but that she hadn’t dealt with “the finality of it” yet — doesn’t sound like a no to Frozen 3!

While director Lee revealed the second film “felt final” for her, she insisted she would “never say never” to coming back for a third.

“I think what made this one special is that we’d [she and Buck] both confessed that we didn’t want to leave this world,” she hinted. “We naively just went into this because we love [the characters] and we could see more story.”

Kristoff star Groff told the website he felt “genuinely sad” on his final day working on the movie, but relieved for the whole team to have achieved it. 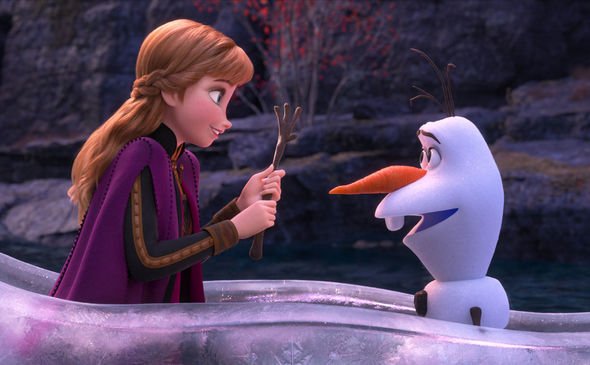 Gad, meanwhile, who voices Olaf, said: “If I don’t ever play Olaf again, it will end up being one of the great parts of my life and one of the greatest joys and thrills to be able to have created a character that’s connected with so many people.”

While the fate of a potential third movie is still uncertain (but promising), Frozen 2 is very much alive and kicking and in cinemas now.

Fans have been flocking to see the follow-up to the Disney phenomenon this weekend, but there’s one big question on everybody’s lips: will Elsa get a girlfriend?

Since the first Frozen came out, with Let It Go instantly cementing its place as a LGBTQ+ anthem, there have been calls for the filmmakers to give Elsa a girlfriend have allow her to come out in the sequel.

In 2016, #GiveElsaAGirlfriend went viral, launching a huge campaign to have her sexuality addressed.

However, now Frozen 2 is out, it’s apparent the storytellers chose not to go in that direction.

In an interview with Radio Times, producer Peter Del Vecho explained the decision to leave Elsa’s love life out of the story.

“That’s just not part of the journey of the story we’re telling,” he said.

“What’s really important is, she’s really, for three years she has been queen, she doesn’t really understand why she’s the only human in the world that has these powers, or what she’s meant to do with these powers.

“Her journey isn’t a romantic one,” he continued. “It’s really trying to discover who she is and what her purpose is. And the core relationship, just like in the first film, is between Anna and Elsa.

“We wanted that again to be the strong relationship of the family of the movie,” he added.

Frozen 2 is in cinemas now.