Roose Bolton (played by Michael McElhatton) had more than his fair share of action-packed and unforgettable moments during his time on HBO’s Game of Thrones. From the famous Red Wedding to his shocking demise at the hands of son Ramsay (Iwan Rheon), Roose was a figure who had viewers at home and the residents of Westeros on the edge of their seats throughout.

But speaking to Express.co.uk ahead of the release of his latest thriller The Winter Lake, the GOT star divulged all about how his hopes for Ramsay’s demise were slightly different to how it played out on-screen.

Roose’s son Ramsay was the man who took it upon himself to end his father’s reign as the leader of House Bolton.

After learning his father’s wife Walda Frey (Elizabeth Webster) had given birth to a baby boy, Ramsay saw his future as head of the Boltons slip away before his eyes – and he couldn’t have that.

Ramsay plunged a dagger into his father’s torso just moments after he learnt of his baby brother’s birth and went on to show his truly twisted side by having Walda and the baby killed by his hounds. 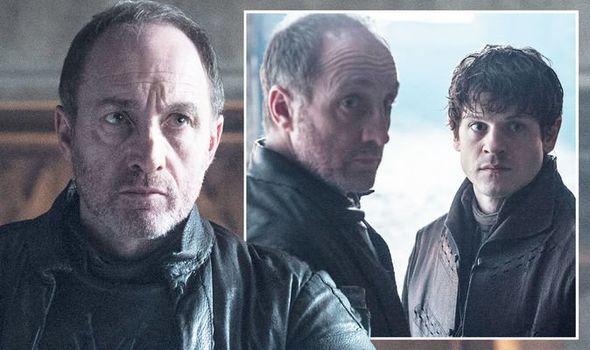 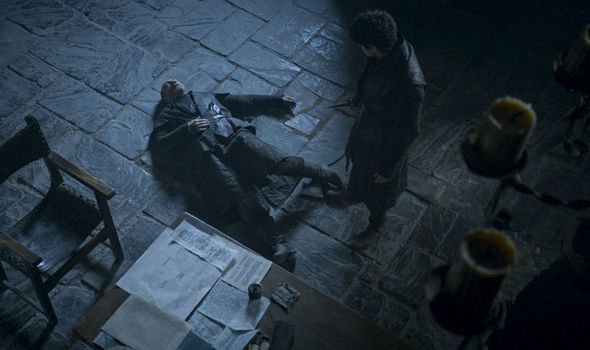 But actor McElhatton has admitted he’d have liked to have seen his character go out in a more “spectacular” scenario, although understood why it had to be at the hands of Ramsay.

“I probably was slightly disappointed, I might have liked something really spectacular,” the GOT star said.

He continued: “But I understand it’s kind of the mirroring of killing Robb Stark (Richard Madden) and stabbing him in the heart and stuff like that – I thought it was very, very apt.” 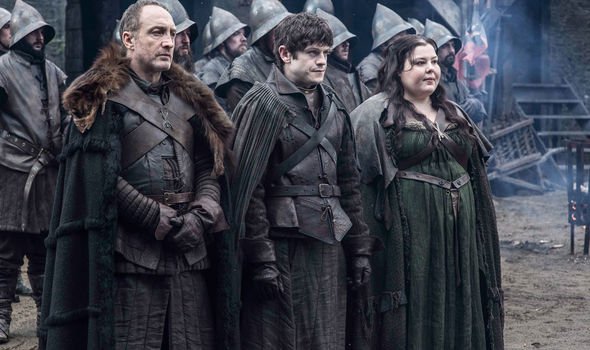 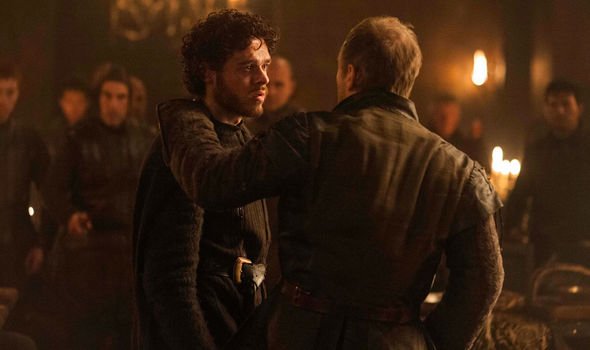 Delving into the details of the scene, he added: “It took a long time to shoot that scene for some reason, but it was one of those things we kind of, as we chatted through it, we thought that it was really (depending) on the birth or the sex of the child.

“And if that guy came in and said you’ve just had a daughter, Ramsay wouldn’t have killed him because it wouldn’t have been a threat.

“So the whole idea before it was it’s premeditated, Ramsay’s coming in and he’s gonna kill his dad, but it wasn’t.

“The whole of the day it was just a normal (day), you know, I’m putting Ramsay down for his incompetence on certain things.

“He just acted quicker. I think we decided that Roose probably would have got rid of him moments later but Ramsay was just quicker off mark.”

Describing the moment further and ruing Roose’s chance to take his son out before he could, McElhatton went on: “The way he stands, you can see he’s [Ramsay] shocked as well.

“But it was just an impulsive thing to survive. And we worked it out on the day that he was just quicker off the mark than him.”

Ramsay eventually went on to meet his own graphic death after defeat at the Battle of the Bastards at the hands of Sansa Stark (Sophie Turner) and Jon Snow (Kit Harington).

After torturing Sansa for years as his wife, she got her own back by feeding him to the dogs, reminiscent of his murder of Walda.

Fans can watch McElhatton bring another evil-minded baddie to life in the film The Winter Lake.

The tense thriller sees the GOT star team up with Sex Education star Emma Mackey and Peaky Blinders’ Charlie Murphy.

The Winter Lake is available to download on on all major digital platforms now.
Game of Thrones seasons 1-8 are available to stream on NOW TV now.