GLASTONBURY’S Pyramid Stage is known for playing host to some of the world’s biggest and most celebrated artists.

From the award-winning Dame Shirley Bassey to Country singer Dolly Parton, the “legend” slot is a staple at the iconic festival. 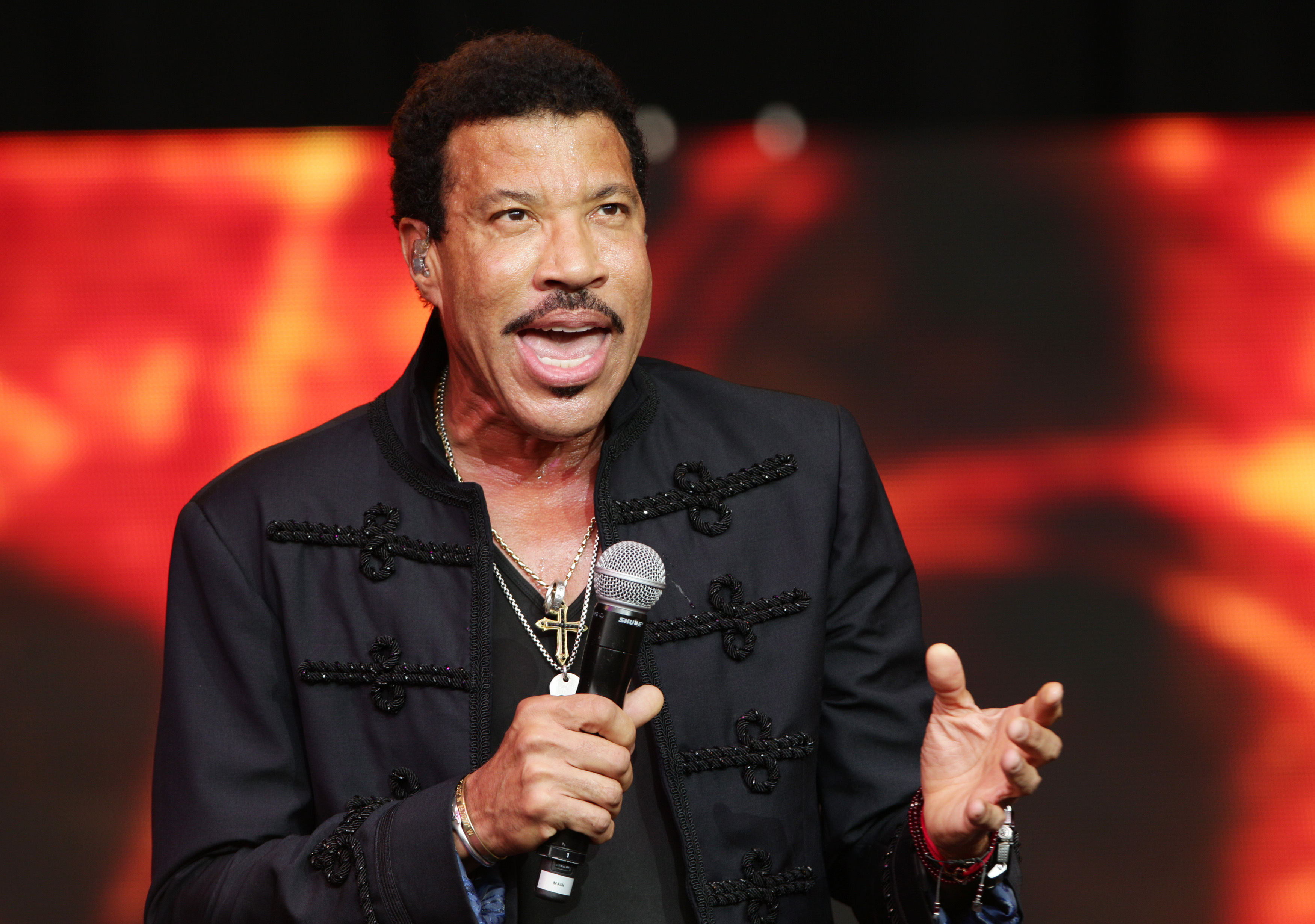 Glastonbury festival kicks off this week, with a stellar line-up, including Stormzy, Janet Jackson, Miley Cyrus and Tom Odell.

Fans of the long-running event will hope to get a glimpse of some of the stars and more on the Pyramid Stage on Sunday, which is often referred to as the “legend” slot.

This year Kylie Minogue will hit grace the stage for the “legend” slot, but who came before her and what can we expect from the hit maker. 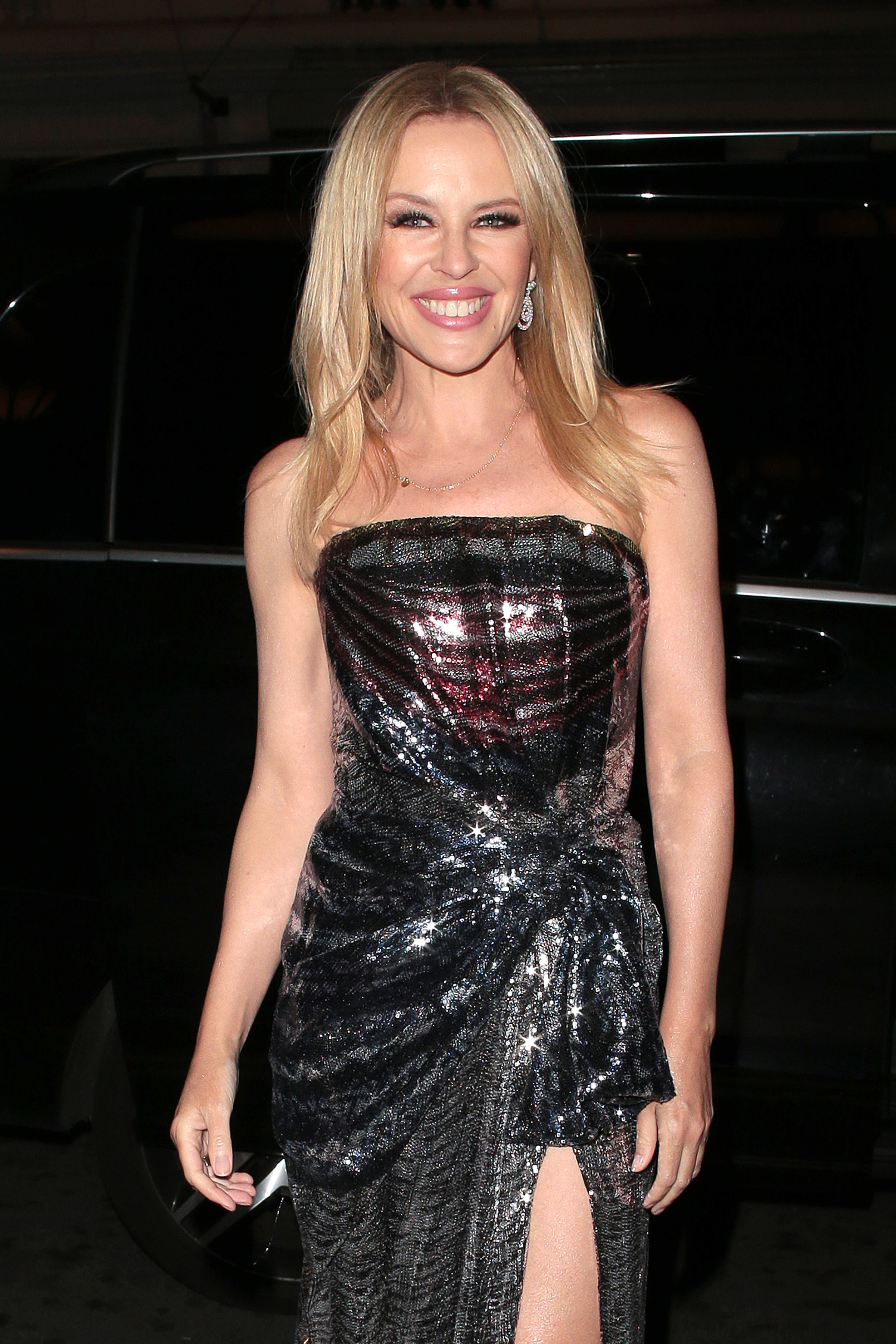 The Aussie star has long been a favourite with Brits from the time he starred in the hit soap opera Neighbours.

Away from television, she has cemented herself as one of the biggest pop stars and has a string of hits to her name.

Minogue, 50, is set to make her Glastonbury debut this Sunday and had cancelled her 2005 headline slot following her breast cancer diagnosis.

Her set is likely to be emotional as it comes more than a decade after she was originally meant to perform at the festival.

Fans will be expecting the songstress to belt out her hits including: Can’t Get You Out of My Head, Locomotion and  Love at First Sight. 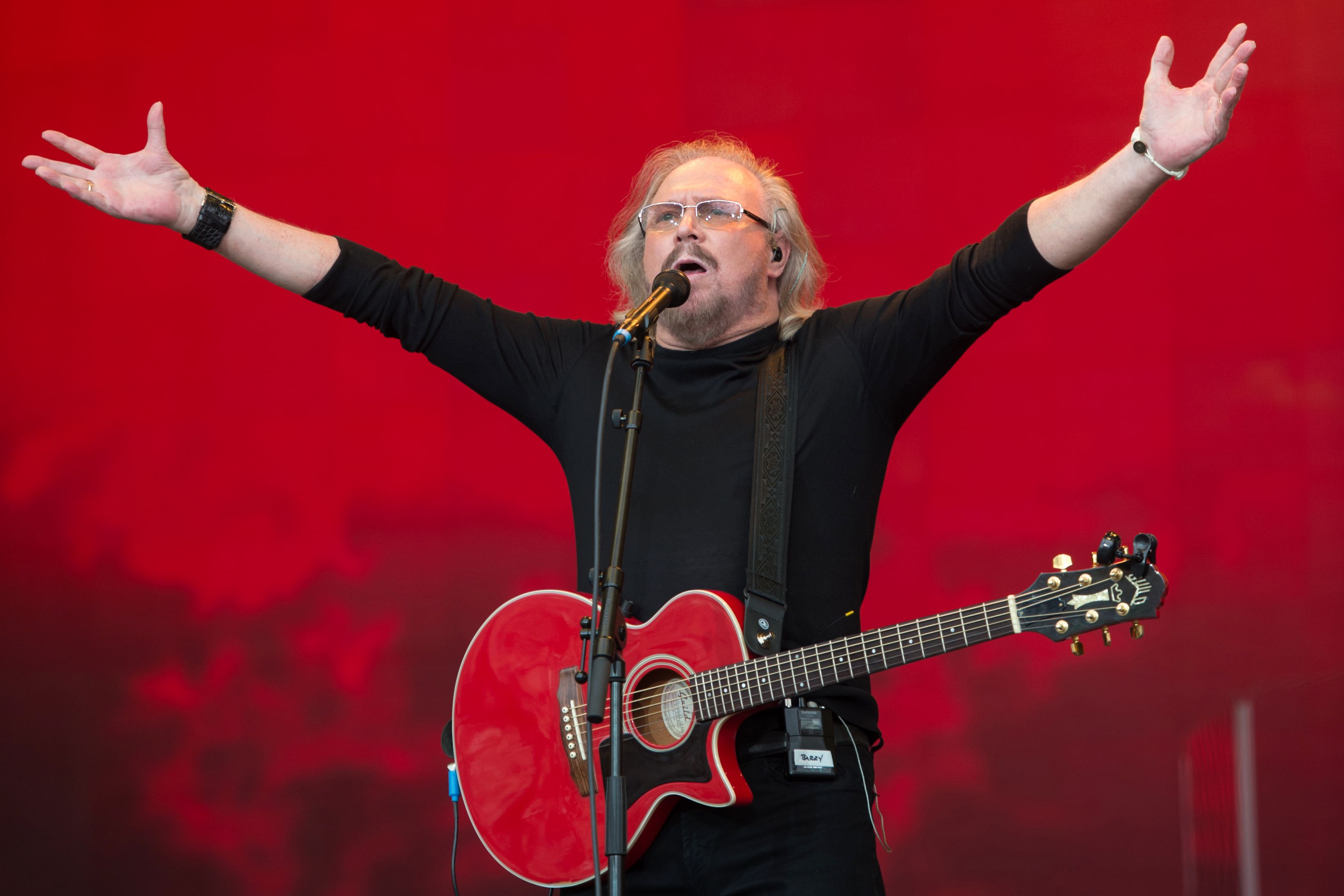 The Bee Gees star took to the stage in 2017 a year after he joined Coldplay on the Pyramid Stage for two covers of his band’s hits – To Love Somebody and Stayin’ Alive.

Gibb was scheduled to perform at the festival the same year as the British group but pulled out when a family member fell ill.

He sang Stayin’ Alive again in 2017, which prompted the security team to perform a choreographed routine, bringing a smile to his face.

His other songs on the day included Tragedy, Jive Talkin' and Night Fever, as well as classic Bee Gees tracks.

What’s more, he projected an image of his late brothers Maurice and Robin onto the stage as he sang Nights on Broadway. 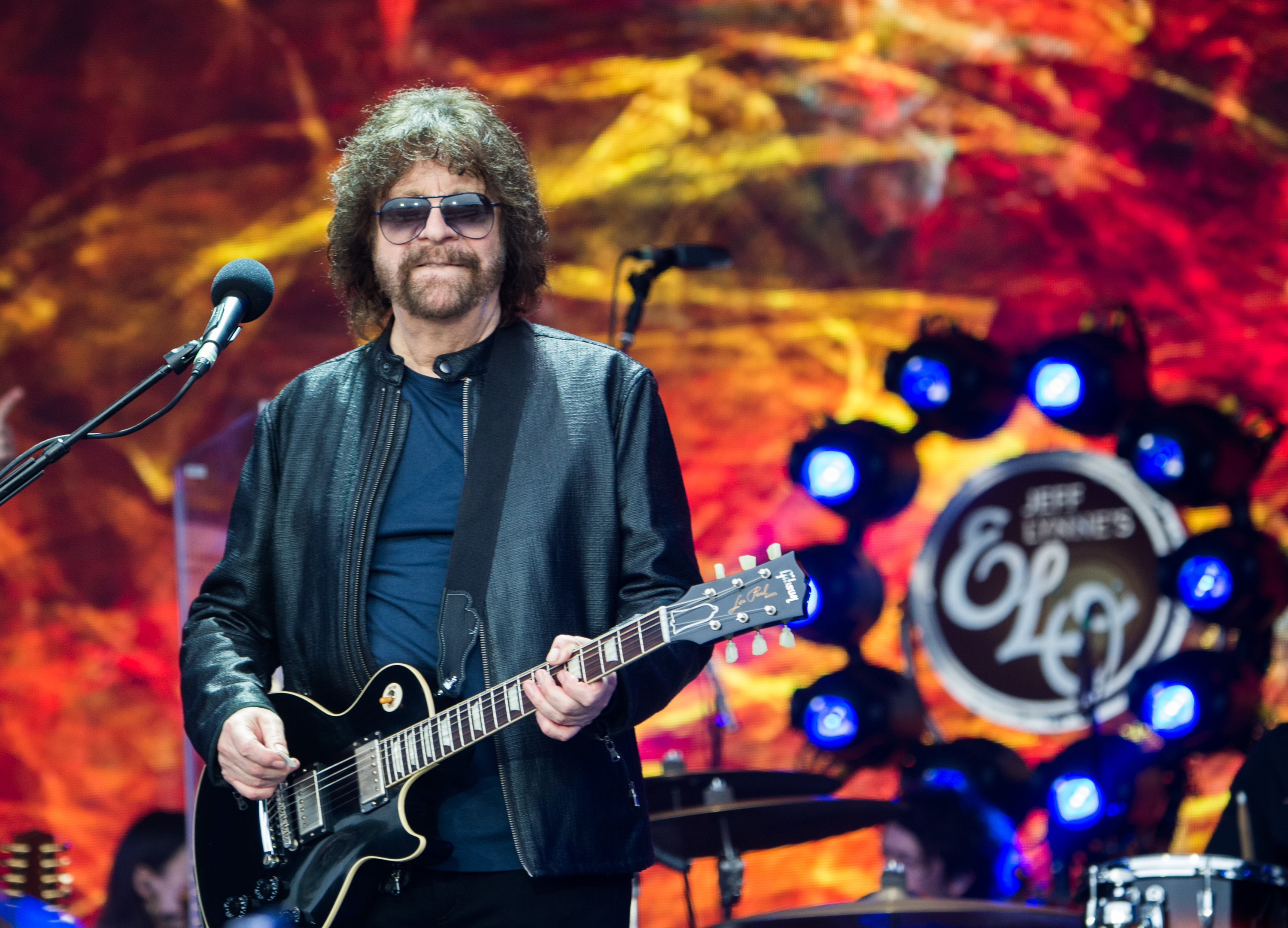 Jeff Lynne, a member of the rock band Electric Light Orchestra, opened his set with the 1976 track Evil Woman.

Thousands circled the stage to watch the show, however, the band failed to match the number of spectators who turned out for Dolly Parton in 2014 and Lionel Richie in 2015.

Although it was chucking down with rain that year, the weather failed to dampen the mood of festival-goers.

Fans bobbed along as the group played Living Thing and Sweet Talkin’ Woman, however, most were unfamiliar with the tunes.

Yet when Mr Blue Sky was belted out the crowd joined in for a sing-along, which pleased Lynne, who said: “You were fabulous”. 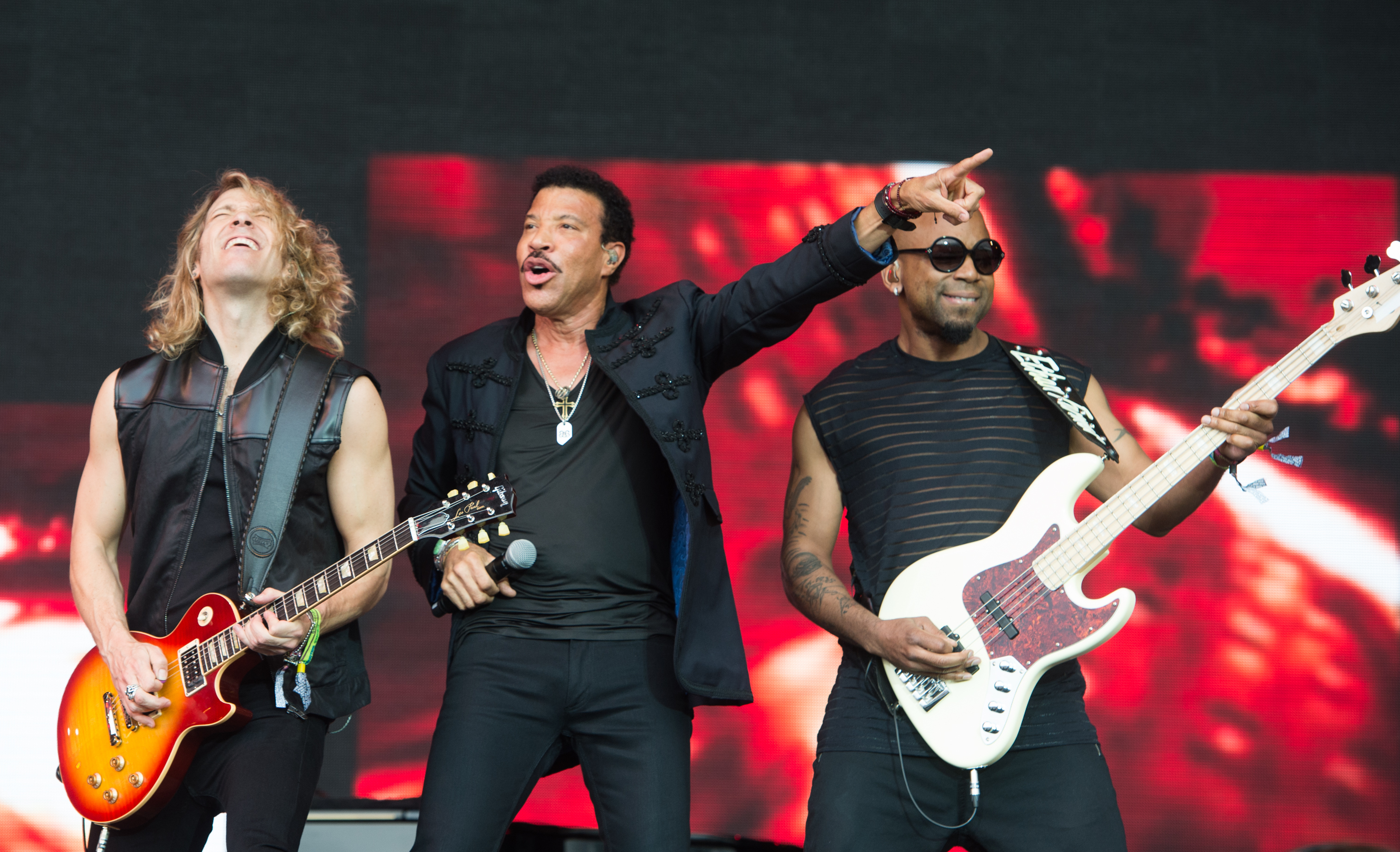 Lionel Richie broke the record for the most amount of people watching a single set at Glastonbury when he took to the stage in 2015.

The record had previously been held by Dolly Parton, who performed during the “legend” slot a year prior.

More than 100,000 spectators turned out for him and the vast crowd seemed to stun him as he uttered: “Oh my GOD!” as he took to the stage.

Of course, Dancing on The Ceiling and Hello got the festival-goers boogying and joining in on the songs.

The father of Nicole and Sofia Richie was astonished by the reception and remarked: "Glastonbury, what the hell is going on? There's people here know these songs better than I do." 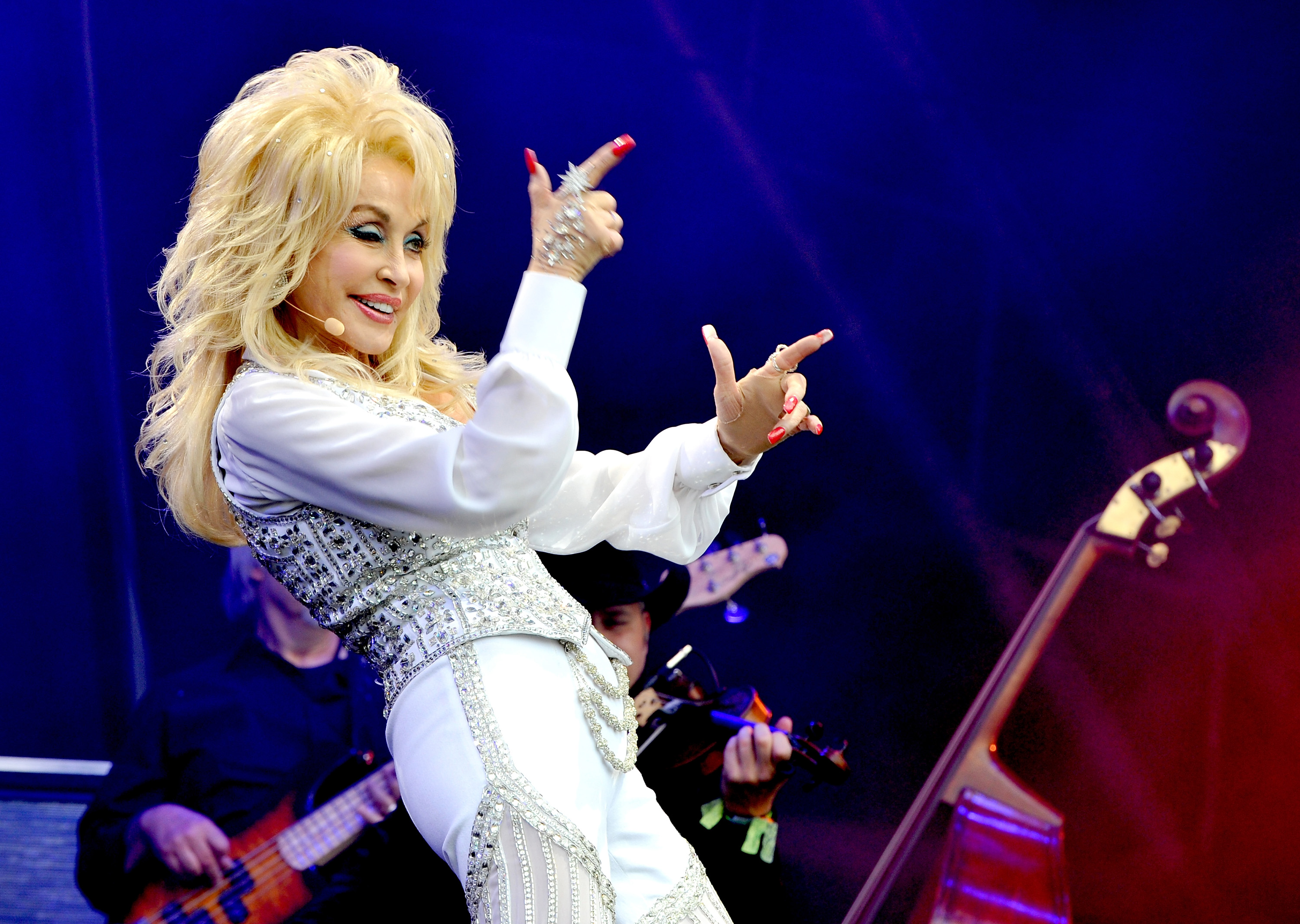 Hitting the stage in 2014, Dolly Parton raised the roof with her soulful Country tunes and electric stage presence.

At the time she held the record for the largest audience watching a single set at the festival at just under 100,000 people.

Her tracks like Jolene and Islands in the Stream were total crowd-pleasers as were Coat of Many Colors and I Will Always Love You.

For the event Parton wore a rhinestone encrusted corset top, with white chaps and lots of sparkling jewellery.

Naturally, her guitar was just as glittery as her ensemble and featured heavily during her set. 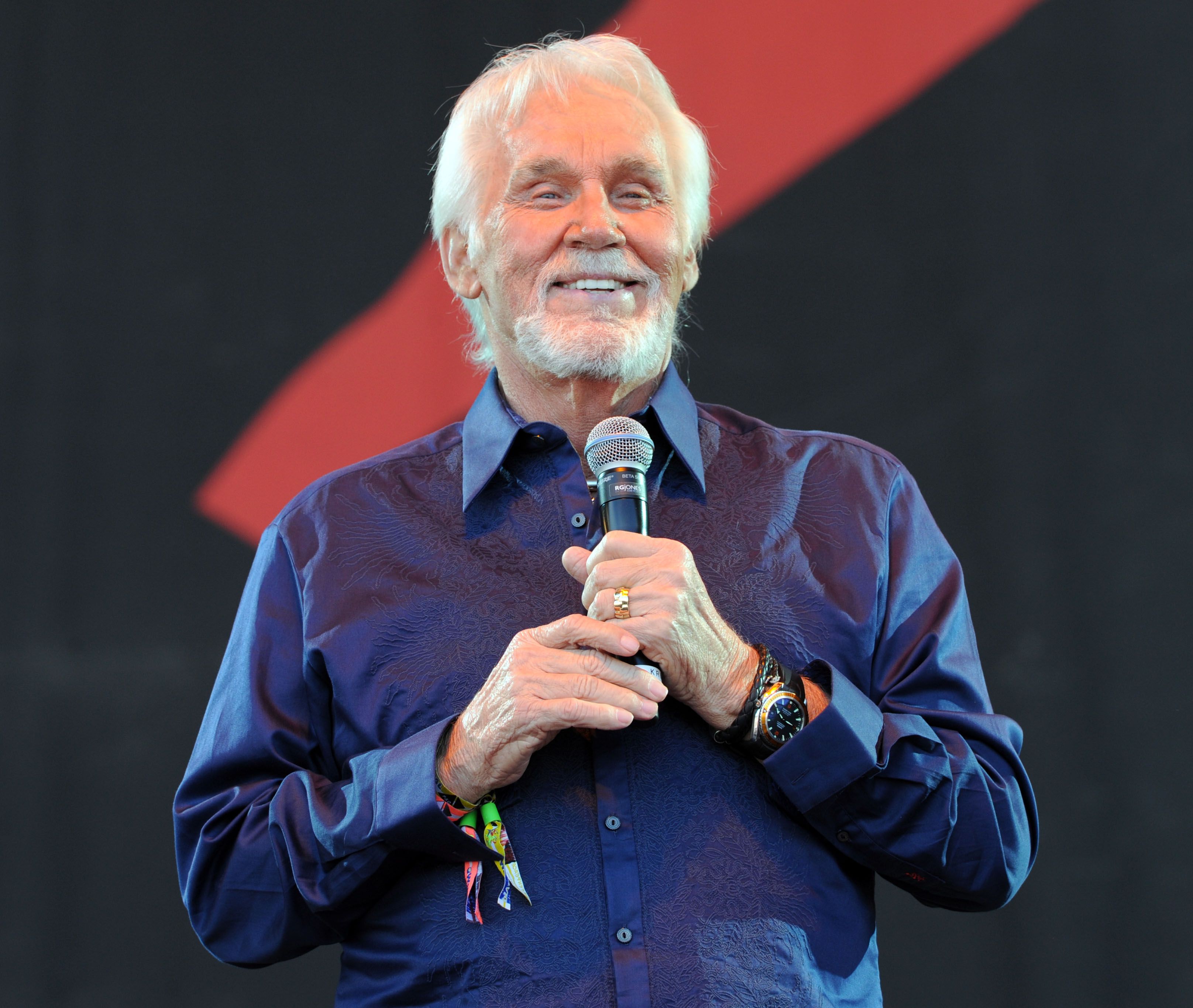 With a career spanning more than six decades, Kenny Rogers was always going to entertain the crowd and did not disappoint.

He lit up the stage with his humour and playful comments, often teasing the crowd about their own performance.

When he held out his mic during the chorus of Ruby, Don’t Take Your Love to Town and got a measly sigh, he remarked: “They sang that better in Morocco. And they don't even speak English in Morocco!”

On the day, he sang a mixture of 80s ballads and 60s tunes such as Just Dropped In (to see What Condition My Condition Was In).

The country music legend later revealed his gigs in Glasgow and Edinburgh would be his last in Scotland.

Glastonbury festival will take place from Wednesday, June 26, 2019, to Sunday, June 30 this year.

There was no Glastonbury festival last year because it was a 'fallow year'.

This means that organisers are giving the land at Worthy Farm, where the festival is held, time to recover from the excessive stomping of thousands of festival-goers.

Read our essential guide to getting a ticket.