Good Morning Britain’s lead presenter Susanna Reid was joined by Alastair Campbell this week and today, the ITV show had invited Tony Blair into the studio. The former Prime Minister who served from 1997 to 2004 and was the Leader of the Labour Party from 1994 to 2007 spoke to his former spokesman, Campbell about the current political climate for their old party and why Boris Johnson was currently so popular. However, those watching at home felt the show had become a “political broadcast” for the Labour Party and switched off entirely.

Campbell asked Blair: “Do you think, it’s possible, that you are the last Labour politician to become elected as Prime Minister? It does feel a bit existential to me at the moment.”

“Well, it’s a huge problem for Labour because we did something that’s never been done in Labour’s history before,” Blair replied.

“But only in the last defeat, 2019, did the far-left capture the leadership of the Party itself. 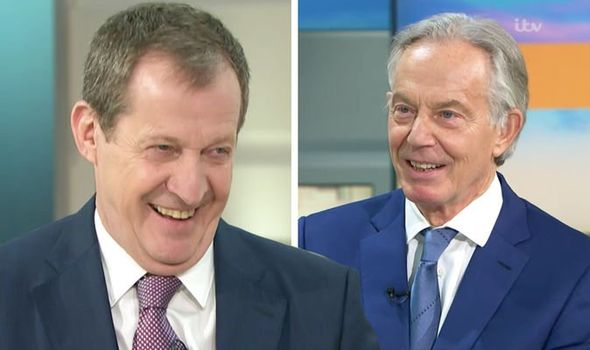 “You can agree with Jeremy Corbyn or don’t agree with him, but it was a dramatic change in the type of Labour Party which had been put forward,” the guest continued.

“And when you do something like that, you can’t recover easily – you’ve got to spell out what is now different, it’s not just a different leader, the question is; what is your vision for the country? Where do you stand as a Labour Party?

“Are you still with some of that far-left agenda or do you go to being, in my view the only way Labour ever wins, the centre-ground, moderate, forward-looking Party, you’re working with business as well as trade unions, personal responsibility as well as social responsibility, where do you pitch your tent?” Blair added.

Campbell also wanted to quiz Blair on his opinion of Boris Johnson.

The presenter said: “As you know, I find it difficult to see what people see in Boris Johnson, as a leader.

“Can you try and persuade me, without saying ‘he’s a great guy’ because I don’t believe that and I don’t think even you can believe that.

“But just try and tell me what people see in him.” 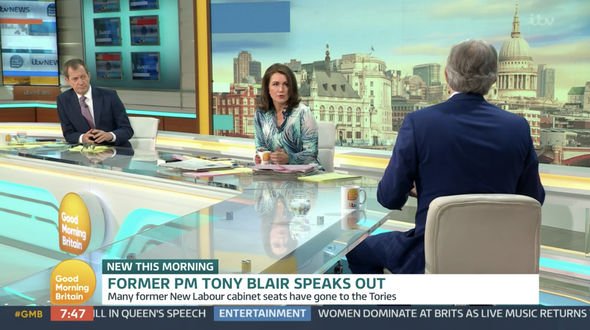 Blair replied: “It’s clear what people see in him; he’s his own person, he’s a character.”

Reid was heard commenting: “He’s got a personality!”

And Blair continued: “When people say to me ‘How can the American’s support Donald Trump? How could they’ve ever supported Donald Trump?’”

“It’s actually the person who used to sit where you are now has something of the same thing,” Blair added.

Taking to Twitter to comment, one said: “Just turned #GMB on, another 3 hour labour party political broadcast. Telly off.”

“So #gmb is now a biased Labour promoting programme. I’m turning out & will not be watching again. Shame on you ITV.

A third added: “@susannareid100 I’m afraid I’ve had to switch off, the past 2 mornings. I don’t expect to see a Labour Party Political broadcast, first thing in the morning!”

“Jeez @GMB is a real turn off these days,” a tweet read.

One viewer asked: “Just wondered if @gmb now has an announcement before it starts, ‘we now bring you a party political broadcast by the labour party’?!” 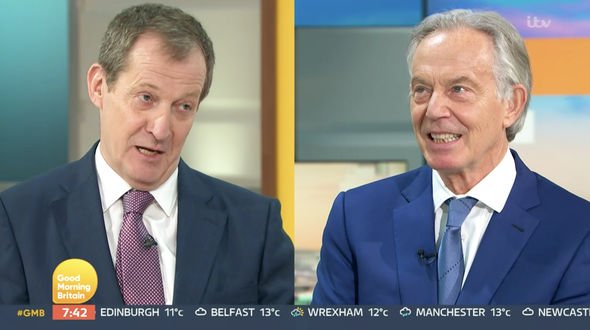 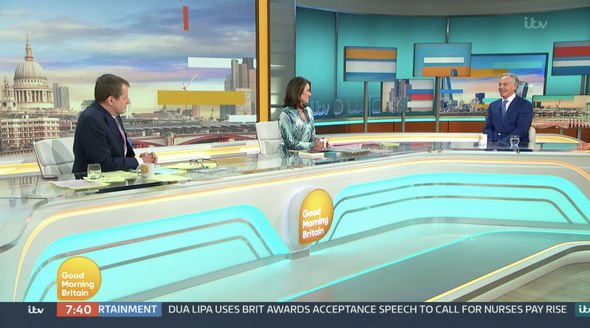