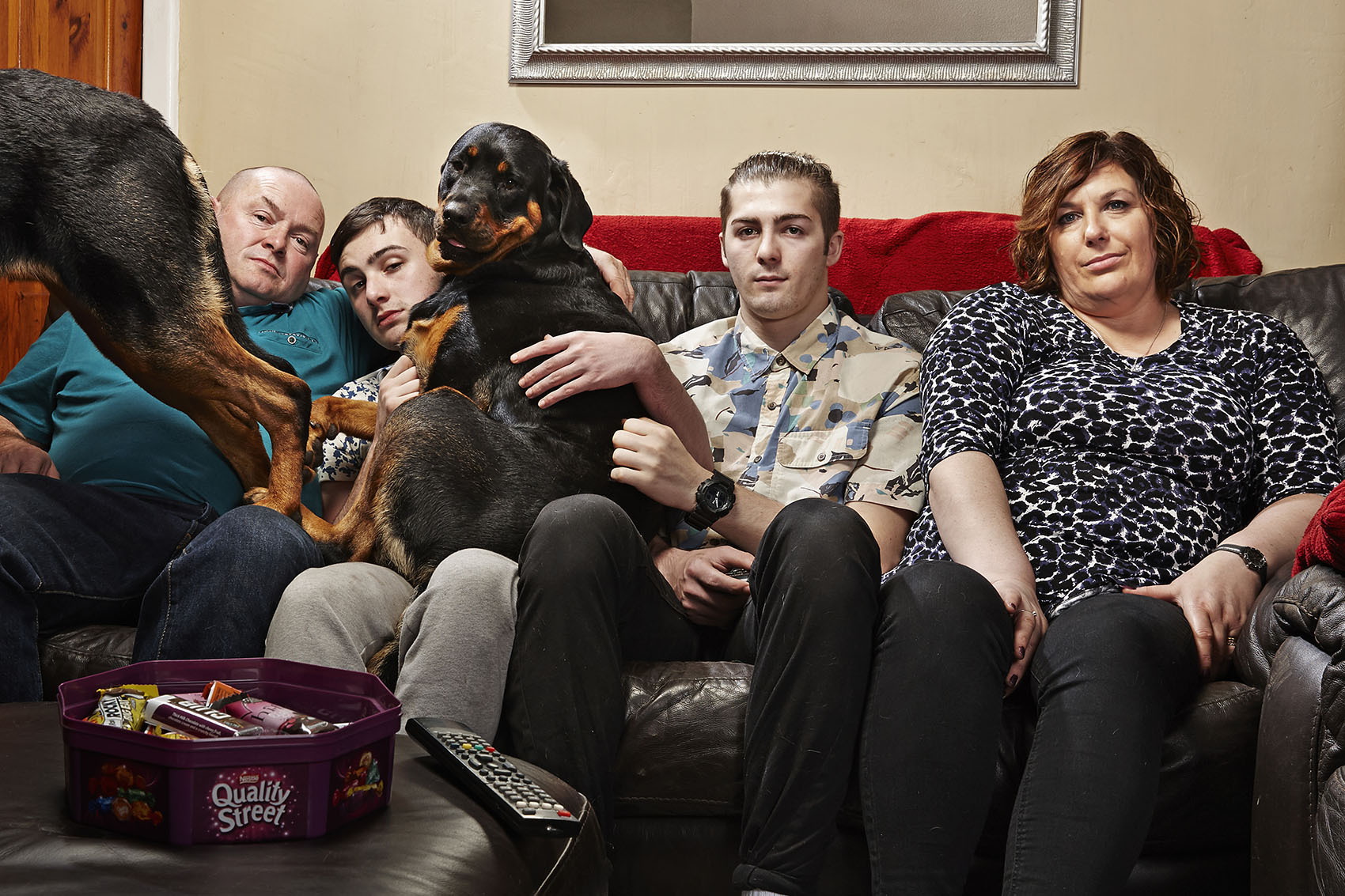 Gogglebox stars the Malone family have made the devastating announcement that their beloved pet dog has died.

The TV favourites – made up of dad Tom Sr, wife Julie and son Shaun, after Tom Jr left the show last year – have been a staple on the show since all the way back in 2014.

They are probably best-known for two things: always having ridiculously tasty-looking treats on the table, and being surrounded by at least one of their many dogs.

The Malone family have had four Rottweiller dogs throughout their time on Gogglebox, with the cheeky Dave regularly stealing the show, becoming as big a character in the series as the human Malones.

It’s clear to anyone who has watched even a single episode of the show how much the Malones love their dogs, making their announcement on Wednesdayall the more heartbreaking.

The family shared a photograph to their official Instagram account of Tom Sr kissing old girl Lucy tenderly on the head, her eyes closed, and revealed she had died earlier that day.

‘Today we said goodbye to our beloved Lucy,’ they wrote.

‘She fought right to the end to stay with us.’

The Malones added that Lucy was now ‘reunited with her sister Izzey’, their other beloved Rottweiler who died last year.

‘There are no words to describe how much you meant to us,’ they said.

‘Rest In Peace Sweetheart ,you will always be in our hearts (sic).’

Thousands took to Instagram to offer their condolences to the heartbroken family, including Tom Jr, who wrote that Lucy was ‘such a good girl’ along with a broken-heart emoji.

Fellow Gogglebox star Izzi Warner said she was ‘thinking of you all,’ writing: ‘Rest in peace sweet girl’.

And Gogglebox regulars Dave and Shirley sent tearful emojis and said they were ‘sorry to hear’ the sad news.

The Malones, from Manchester, are a family of six, comprised of dad Tom Sr, mum Julie, and children Lee, Vanessa, Tom Jr, and Shaun.

Dancer Tom quit Gogglebox earlier last year, revealing that he has ‘new opportunities’ that are knocking.

He recently looked back at his time on the Channel 4 programme, revealing what it’s really like for families taking part.

The reality star said that producers of the show provide families with takeaways – while also prohibiting the contributors from drinking alcohol.