GOOD Morning America's Ginger Zee has snapped back at pregnancy rumours and spoke about her eating disorder battle.

The meteorologist, 38, fumed after being questioned by a fan who said her gold dress "shows it" – referring to a baby bump. 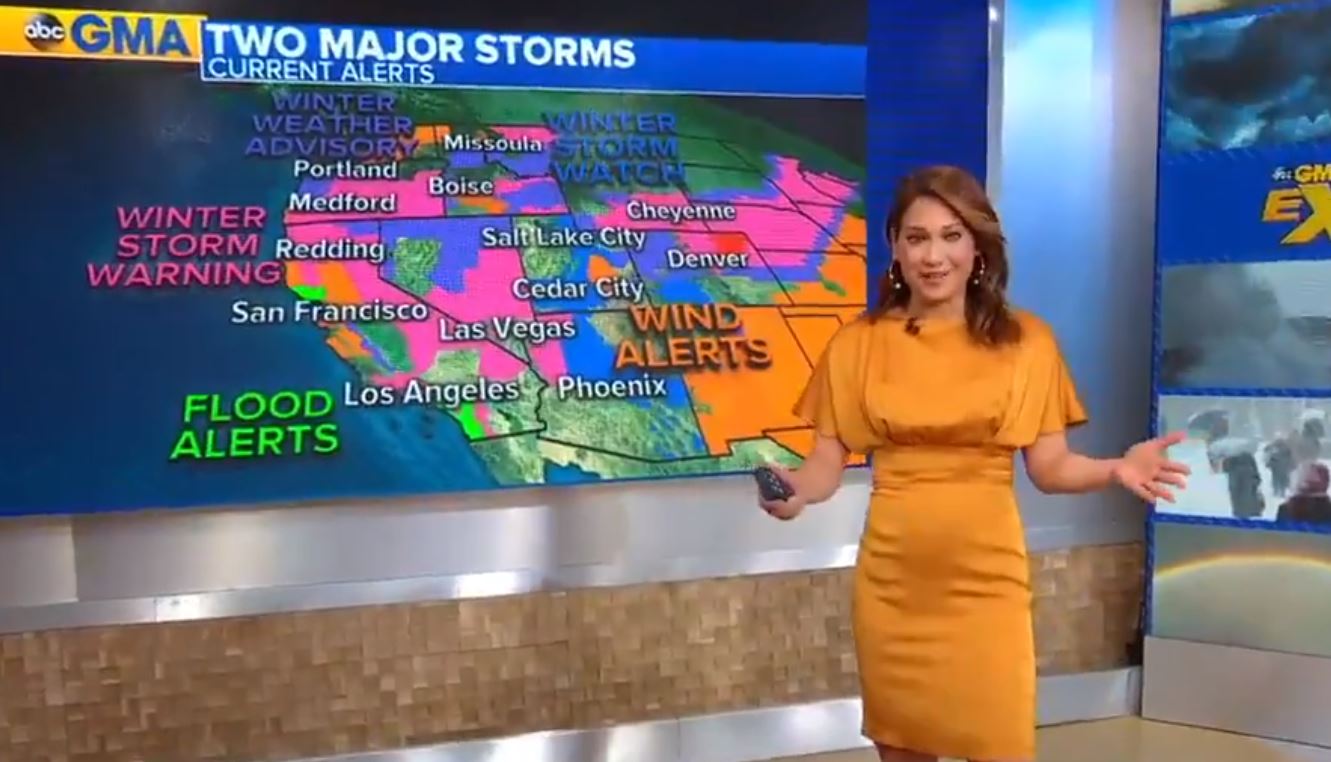 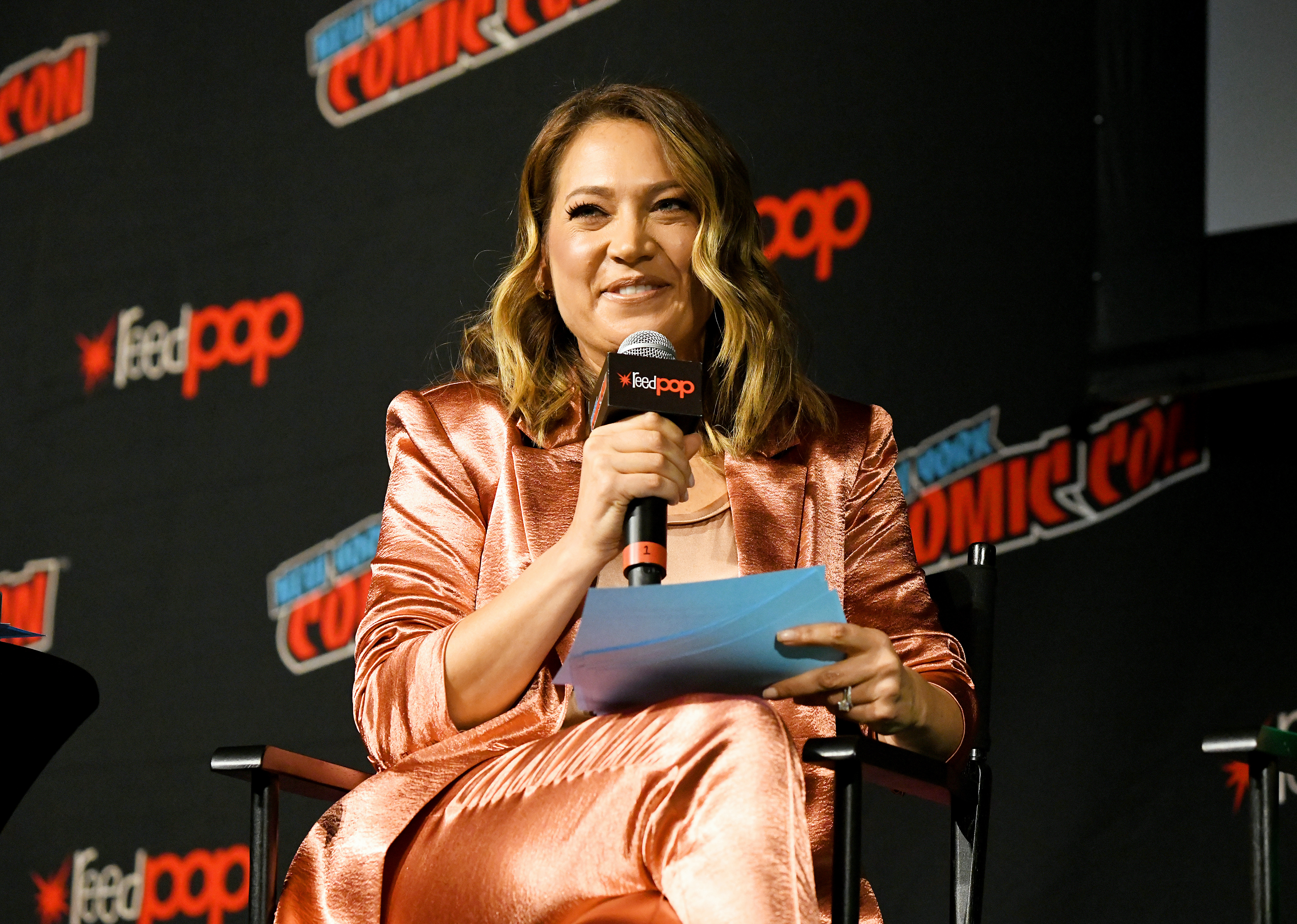 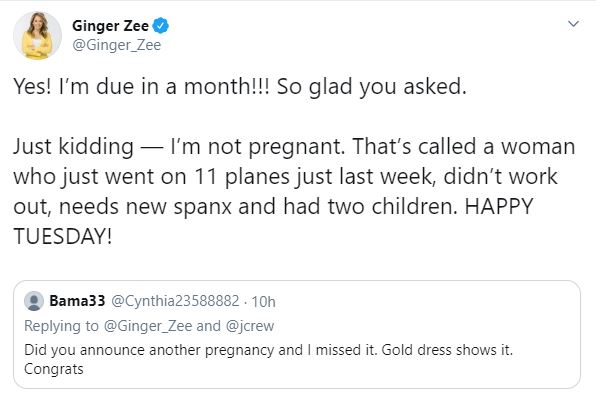 The Twitter user also said "congrats" to Ginger, who sarcastically replied: "Yes! I'm due in a month!!!"

"So glad you asked," the mom-of-two added before stating, "Just kidding – I'm not pregnant."

The star signed-off with "HAPPY TUESDAY!"

Later Ginger revealed that comments like the one she received make her "even harder" on herself.

She spoke about her self-esteem struggles, which originated from her battle with an eating disorder.

"Anorexia is a difficult disease. But I am recovered," Ginger said.

The weather expert previously said that she experienced the mental health issue from the age of 10 to her early teen years.

"These types of comments make me rely heavily on my therapy and self confidence I’ve been working on for years," Ginger explained.

Perhaps it’s highlighted in my satin dress today, but no, not pregnant.

She received a mixture of support and some continuing quiz her about the pregnancy rumors on Twitter.

One fan apologized and said that he wouldn't "jump to conclusions" in future.

Another said that they could "only wish" to look like her after having kids.

Later, Ginger responded that she was proud of her upper c-section area.

She wrote: "It birthed two babies. Perhaps it’s highlighted in my satin dress today, but no, not pregnant."

Unless you’re her husband, asking a woman if she’s pregnant is NEVER OK

Fellow meterologist Karen Rogers praised Ginger and attacked those who critiqued her appearance.

She said: "Oh Dear Lord … I saw @Ginger_Zee this morning and thought ‘Wow! She looks fabulous.'

"It’s awful to be scrutinized when you’re doing your job so beautifully.

"People listen up … unless you’re her husband, asking a woman if she’s pregnant is NEVER OK!"

Ginger has two children Miles, 21 months, and Adrian, three, who she shared with husband Ben Aaron.

For information on helping someone with an eating disorder visit: www.NationalEatingDisorders.org. 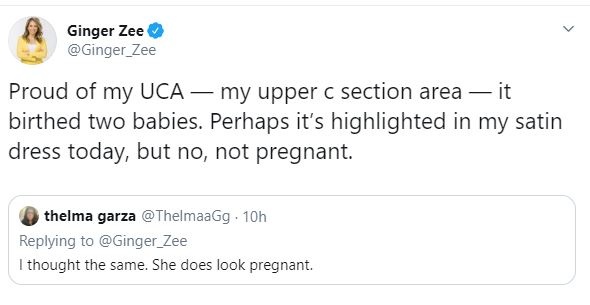