RICHARD Madeley missed Good Morning Britain today after he was hired as Piers Morgan's replacement on the ITV breakfast show. 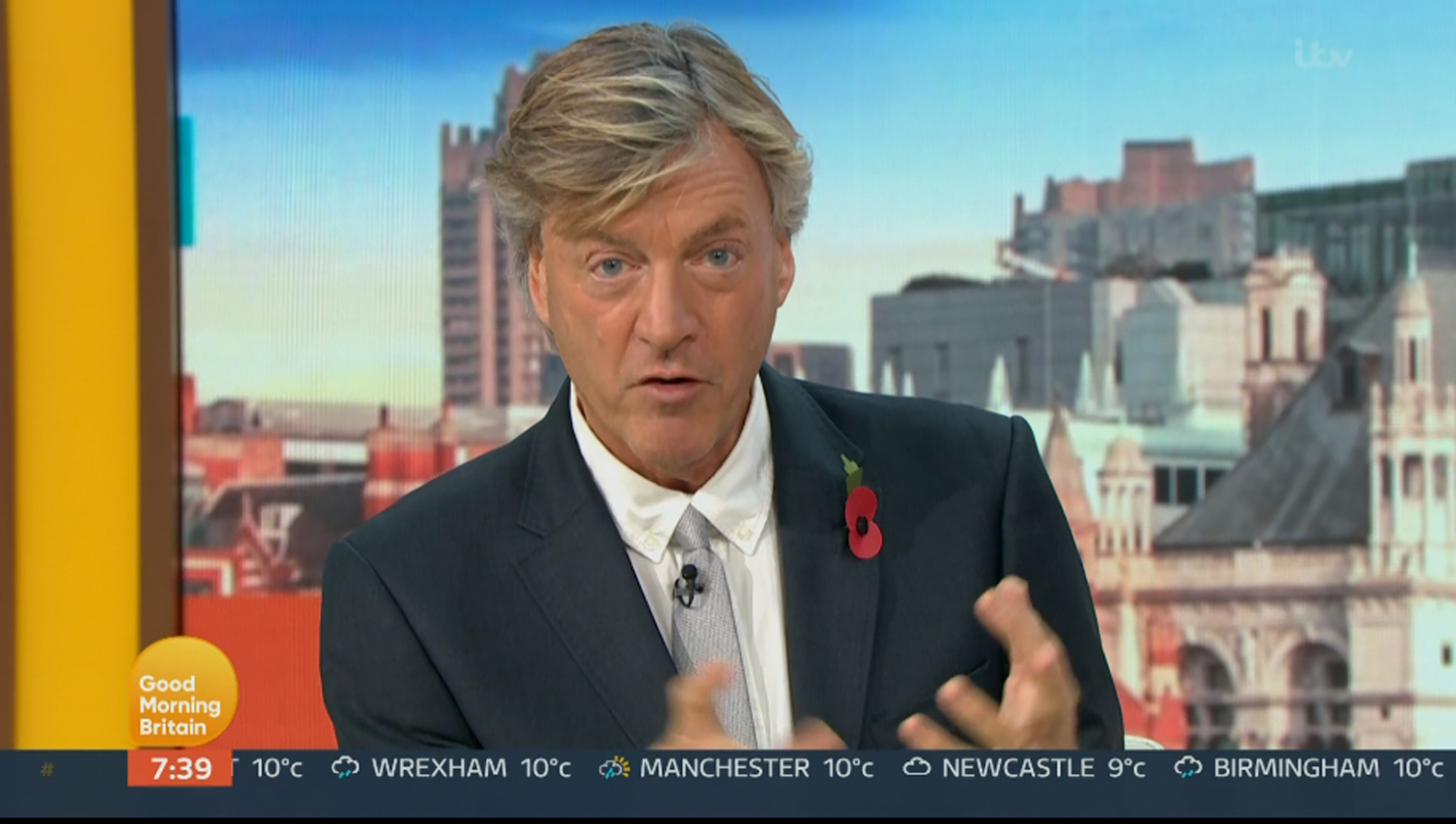 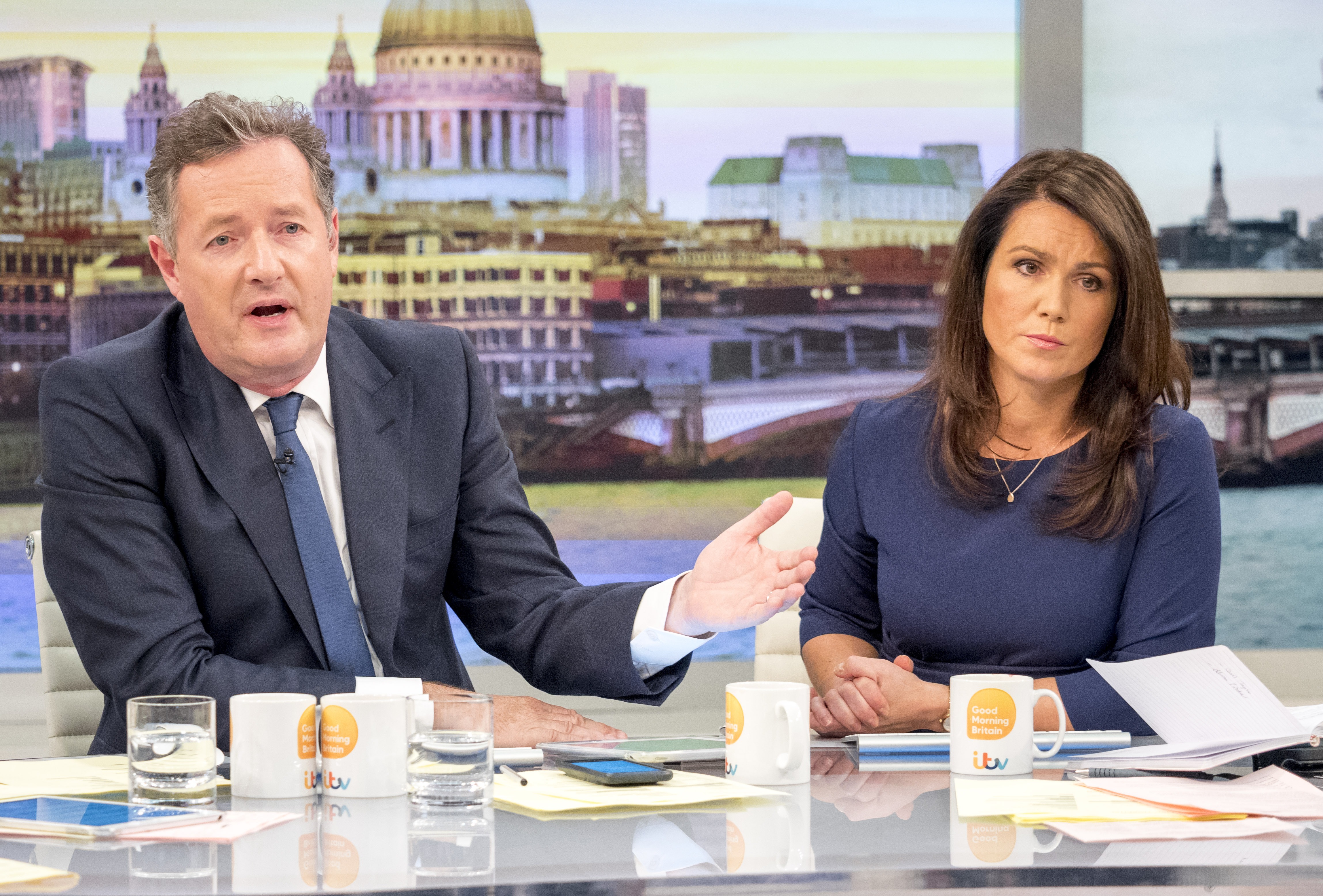 However, Richard – often compared to Steve Coogan's fictional radio host  Alan Partridge – is heading into quarantine ahead of his stint in I’m A Celebrity.

Today, Money Saving Expert Martin Lewis took over the hot seat and left viewers cringing when he admitted he can't stop himself farting during the three hour show.

One viewer wrote on Twitter: "Gmb looking good this morning. In unrelated news, Alan Partridge is not presenting. 🤔"

Another said: "i rather have richard on"

Former Labour Shadow Chancellor Ed will be guest hosting for three days, with his episodes to air from Monday 15 until Wednesday 17th November.

One of Susanna's best friends, Rob, will also be joining the team for two dates – taking a seat behind the desk on Wednesday 10th November and Wednesday 1st December.

Piers, 56, is joining talkTV and The Sun.

Richard agreed to be a full-time host of GMB following a heart-to-heart with wife Judy Finnigan.Insiders said his guest stints on the ITV show are proving a hit and helped convince him to take the full-time gig.

He officially starts after his highly anticipated appearance on this year’s I’m A Celebrity.

A source said: “Richard has always maintained he would never do GMB full-time, as he loves his life as it is.

“But as the weeks have gone by, and he’s proven a constant hit with viewers, he’s really got into his stride and has been enjoying it more and more.

“He polls really well with fans and ratings have steadily been on the rise again over the past six months. After a couple of meetings with ITV bosses, he was offered a staff contract. And after consulting with his family, especially wife Judy, he decided ‘sod it’ — and to go for it.

“I’m A Celebrity will effectively be the perfect launch pad to start the new gig, and he’s a brilliant addition to the GMB squad.”

Richard’s off-the-cuff quips have made him a cult figure online, with several clips going viral.

He is currently negotiating how many days a week he will present, but is expected to do two to three weekly.

He is not expected to get paid as much as Susanna, 50, who does four days and has been a mainstay of the show since 2014.

It is also understood ITV bosses do not want Richard — who famously co-hosted This Morning with Judy from 1988 until 2001 — to be billed as Piers’ “official” replacement.

A source explained: “They don’t want any big fuss or major announcement so as not to heap too much pressure on either ­Richard or Piers.

“Obviously Piers is utterly unique and no one could like-for-like fill his size 12 shoes.

“Officially they are still casting around for another potential full-time team member — hopefully another star name — so as to give the show a fresh new feel in 2022.

“After a few rocky months since Piers’ unceremonious departure, it’s an exciting time for GMB.”

Piers left in March after refusing to apologise to Meghan Markle for comments he made on air.

He will join talkTV in the New Year and write a weekly column for The Sun.

On the day he stormed off set, GMB overtook rival BBC Breakfast in the ratings for the first time.

Within three months, they had fallen by almost half but have since steadily climbed.

An ITV insider added: “A couple of brand new faces will also be popping in over the coming months.”

An ITV spokeswoman said: “GMB is performing well with its established family of presenters and a rotation of guest presenters. There are no current plans to change this format.”