Good Morning Britain has been hit with a flurry of Ofcom complaints following its recent interview with Shamima Begum.

The ISIS bride and former east London schoolgirl appeared live on the programme from a prison camp north of Syria on September 15, prompting 273 complaints.

During the interview with hosts Richard Madeley and Susanna Reid, the 22-year-old told GMB that she ‘would rather die’ than go back to Isis.

She went on to say she was ‘groomed and taken advantage of’ when she left the UK in 2015 to join the terror group.

Shamima said that at the time she did not know Isis ‘was a death cult’, claiming she ‘thought it was an Islamic community’, and stating her belief that she deserves a fair trial in the UK instead of ‘rotting away’ in a refugee camp.

Ofcom states that ‘inclusion or omission of a programme on this list is not indicative that Ofcom is investigating the broadcast. 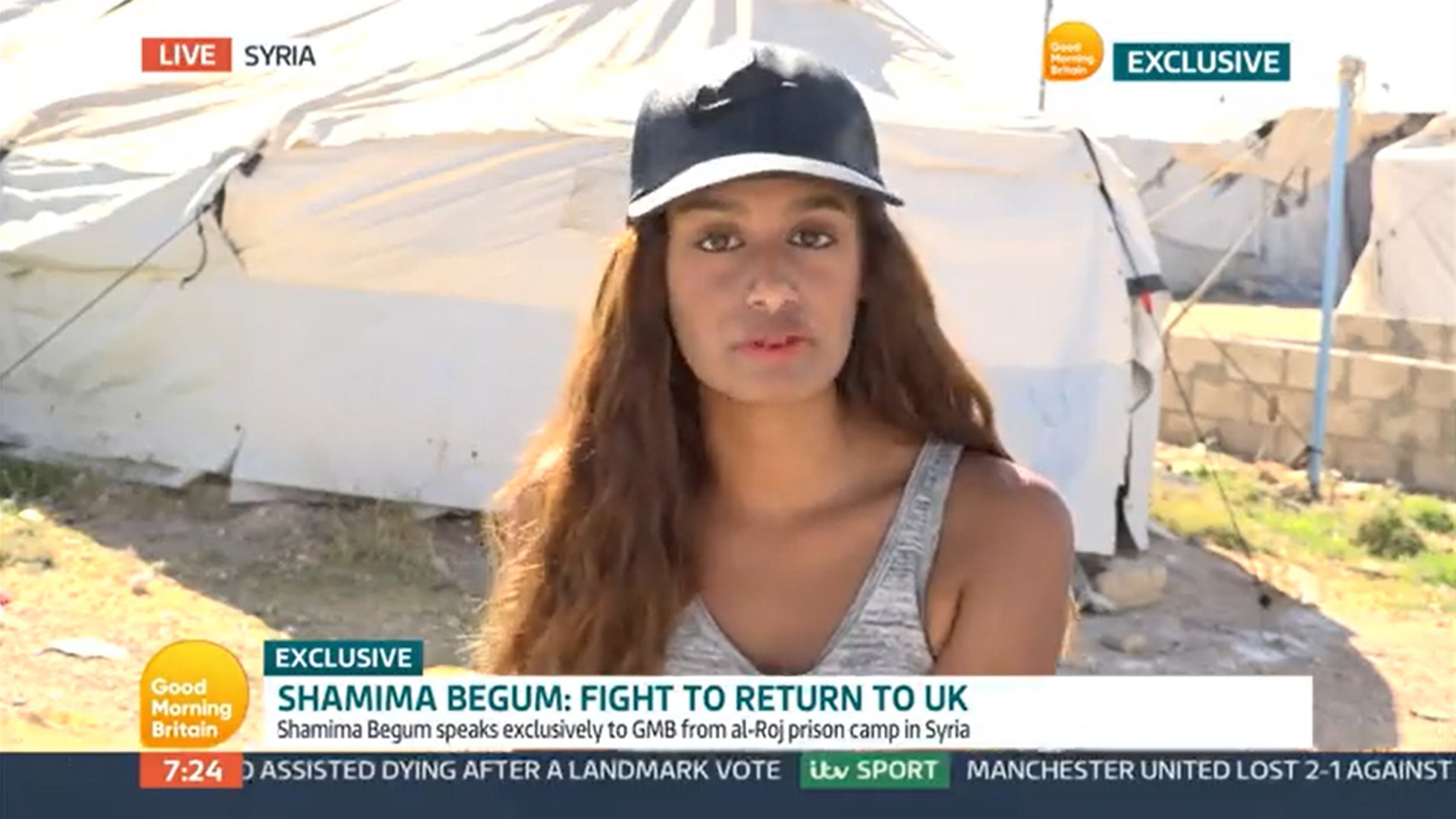 ‘The number of complaints received is not an indication of how serious an issue is. All complaints are assessed against the Broadcasting Code.’

The interview prompted plenty of reaction online. One of the most vocal critics of the interview was Piers Morgan, who ripped into ITV and suggested he wasn’t allowed the ‘right to freedom of speech’ amid his sensational Good Morning Britain exit.

Speaking in her interview, Shamima said: ‘I was being fed a lot of information on the internet by people in ISIS telling me I need to come because I can’t be a good Muslim in the UK.’

When asked what she was expecting to happen when she left Britain, she said she thought she would ‘just get married, have children and live a pure Islamic life’.

‘I knew there was war but not in places women and children were living.

‘I thought it would be safe for me. I did not know ISIS wanted to take over the world.’

Asked whether she was groomed by ISIS, Shamima replied: ‘I think yes, I was groomed and taken advantage of and manipulated into coming.’

Now living in a prison camp north of Syria, where she is being detained, the former east London schoolgirl said she ‘would rather die’ than go back to the terror group.

Shamima said: ‘I am completely sorry for anyone that has been affected by ISIS, I no way agree or try to justify what they did.

‘It’s not justifiable to kill innocent people in the name of religion. I just want to apologise. I am sorry.’

‘Most young people don’t know what to do with their lives and they are confused and they can easily fall into things like this.’

Good Morning Britain airs on weekdays at 6am on ITV.