Eurovision commentator Graham Norton has spoken about the prospect of the 2023 competition being held in the UK rather than in Ukraine as the BBC explores the possibility ‘seriously’.

Last week, it was announced by the European Broadcasting Union (EBU) that Ukraine had sadly been ruled out as hosts for next year’s contest, despite their act, Kalush Orchestra, storming to victory in May.

The organisation said that the ‘security and operational guarantees required for a broadcaster’ could not be fulfilled by the Public Broadcasting Company of Ukraine amid the ongoing war with Russia, before adding that discussions would be held with the BBC to host the event instead, given the UK’s entry Sam Ryder was the runner-up.

While attending the UK launch of Paramount Plus in London on Monday evening to promote singing competition Queen of the Universe, Metro.co.uk asked Graham how he feels about the UK potentially taking on the enormous role of hosting.

‘It’s sort of bittersweet isn’t it, because I really feel for the EBU having to give Ukraine that news,’ he said.

‘They didn’t want to hear it, the EBU didn’t want to give that news. Now that’s happened, I know the BBC are looking at it really seriously. I don’t know if it’s possible, but if it is, great!’ 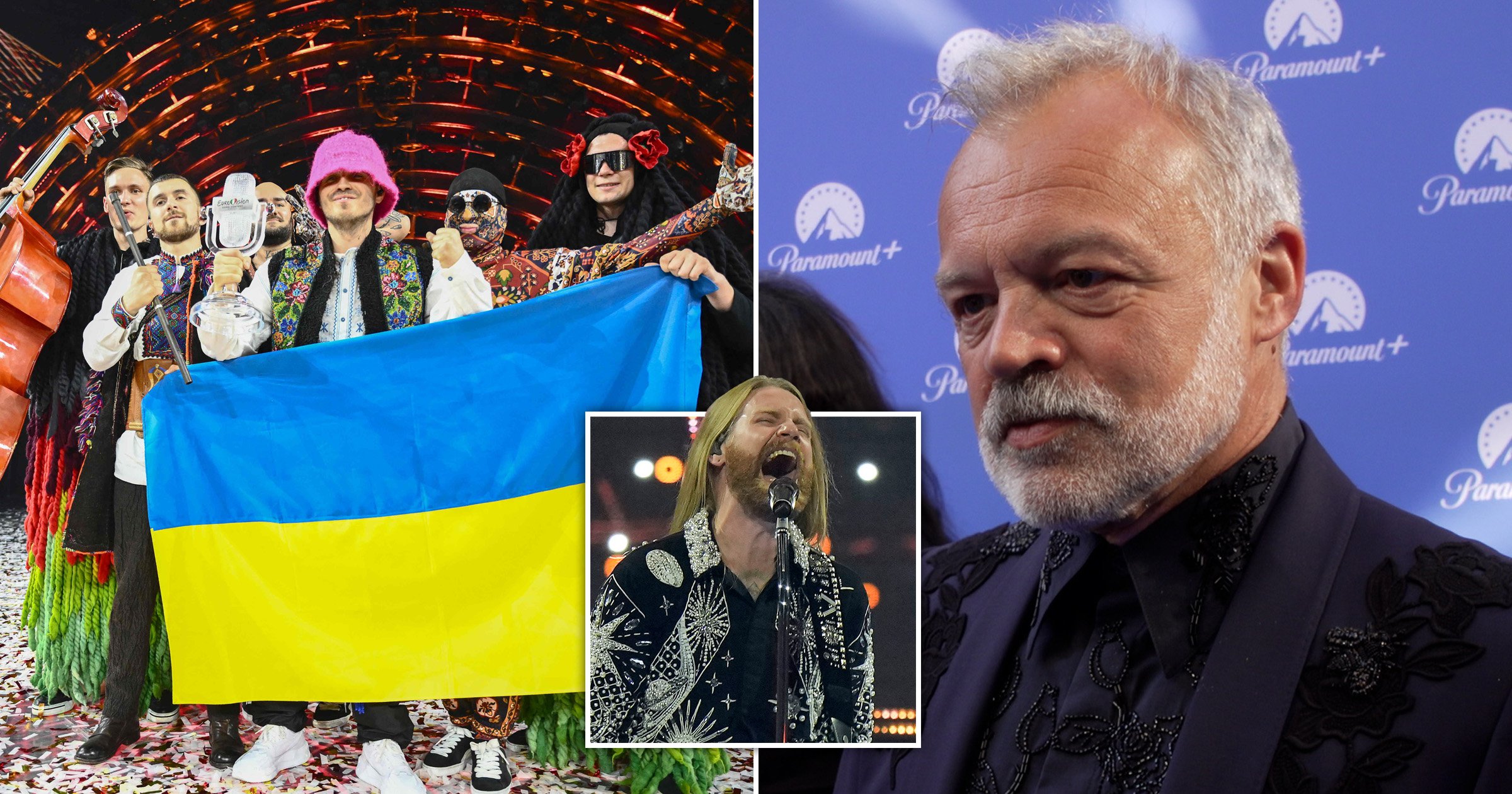 When asked whether he’s spoken to the singer since Eurovision and the concert, the talk show host replied: ‘I haven’t talked to him since the Jubilee concert, that was great. But I was talking to him just afterwards [at Eurovision].

‘He’s been such a great ambassador for the UK and UK Eurovision. He’s just been brilliant. I think he’s a star.’

Graham commended the way in which people around the world have become fans of Sam, who currently has 13million followers on TikTok.

‘The fact that an international audience responded to him in that way. I know he’s got a new album coming out in September… so yeah. I think he’s a star,’ he added.

When the EBU confirmed that Ukraine would not be hosting the 2023 Eurovision Song Contest, the BBC responded in a statement: ‘We have seen the announcement from the EBU. Clearly these aren’t a set of circumstances that anyone would want.

‘Following their decision, we will of course discuss the BBC hosting the Eurovision Song Contest.’

The 2022 Eurovision Song Contest final is available to watch on BBC iPlayer.