There’s something invigorating talking to the creators of a new, delightful TV series, so it should come as no surprise that talking with Lucia Aniello, Paul W. Downs, and Jen Statsky, creators of HBO Max’s “Hacks” was a joy unto itself.

It’s also unsurprising that the trio were thrilled to discuss the series, their stars, and what the show looks like after the Season 1 finale set its dynamic duo on an assuredly fraught new path.

Centered around Deborah Vance (a never better Jean Smart) and Ava Daniels (dynamic upstart Hannah Einbinder), “Hacks” is a marvel from the first. Deborah is a slightly long in the tooth stand-up comedian, whose career was not what it could have been thanks to systemic injustices. She nevertheless became the comedy queen of Las Vegas. Ava is a Gen Z comedy upstart, who found her meteoric rise derailed by a few unsavory jokes in the wrong place at the wrong time. They are, as you might guess, something of an odd couple.

The key to the series, of course, is how well the two actresses work together as an odd couple, a casting triumph that was equal parts breathtakingly simple and intensely complicated.

While the team didn’t necessarily create the part of Deborah for Smart, she quickly became the top choice for the character, for some very obvious reasons.

“When you’re doing something that is hopefully as grounded as we wanted the show to be, we had to have someone who played both the comedy and also the emotionally-grounded moments in equal measure,” said Downs, who also plays both women’s beleaguered agent Jimmy. “It’s a very short list of women in that age bracket and Jean was at the top for us. Also, she really was emblematic of the character in that, even though she’s worked prolifically and has never been maligned by the industry in the same way Deborah had, we always felt that she was under-appreciated for the range and amount of talent that she has. To give her a starring role to shine in is one of our proudest accomplishments.” 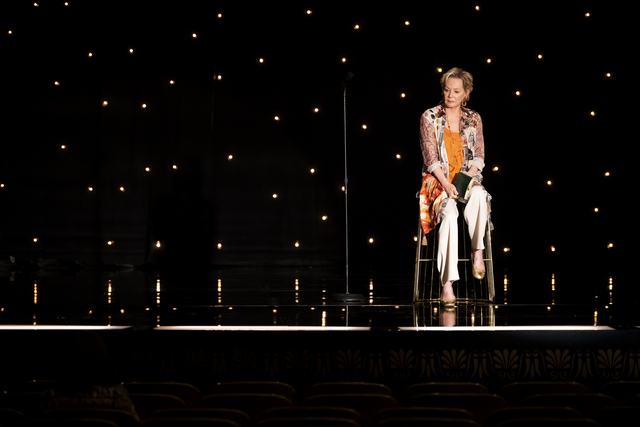 In comparison, finding Einbinder was a grueling process which included no less than 400 readings from actresses angling for the role. Aniello posits a theory for why it was so difficult to find the right voice for the role.

“We’ve talked about this before, but I think Ava has a journey. You see she’s been really self-absorbed and maybe isn’t going through life with the best of intentions. So you needed somebody who you still wanted to watch and maybe even root for, despite her imperfections,” Aniello said. “The thing about Hannah is that she’s such a good person. She’s so sweet and great and I think you can tell that and it helps the character. You do let her slide a little bit more.”

According to the team, Einbinder just was the part. An honest-to-god 25-year-old burgeoning comedian, complete with a public vaping habit, who brought her whole self to the role.

And that doesn’t even take into account her next-level non-verbal skills.

“One thing that Jeanne McCarthy, our casting director, pointed out to us: There was a moment during the chemistry read when Hannah blushed. At the point when she doesn’t know her favorite joke and gets called out by Deborah, she blushed. That’s a level of physiological acting you can’t fake,” Downs said.

Like Aniello, Downs, and Statsky, the first season of “Hacks” rounded out another trio on screen, with Las Vegas as its third co-star. Living out of a hotel room throughout the first season, Hannah offers an opportunity to explore the city through the eyes of someone who’s more than a mere tourist.

“So many shows are set in New York and Los Angeles, especially entertainment shows set in Los Angeles, and I think we went into it thinking this will be a Las Vegas show,” Statsky said. “We’ve seen Vegas depicted many times, but very few things are about moving there. A wild weekend in Vegas, you party, you get stuck on a roof with your friends… I’m just paraphrasing ‘The Hangover’ now.”

“You and your friends rob a casino!” Downs said.

“So we really wanted to do something that focused on living in Vegas,” Statsky said. “It’s a city where people live. It’s so interesting and there are so many things that are unique about it. We shot our last week in Vegas and obviously it’s a city built on hospitality but they were just so wonderful to us. We really hope it’s a glowing portrayal.” 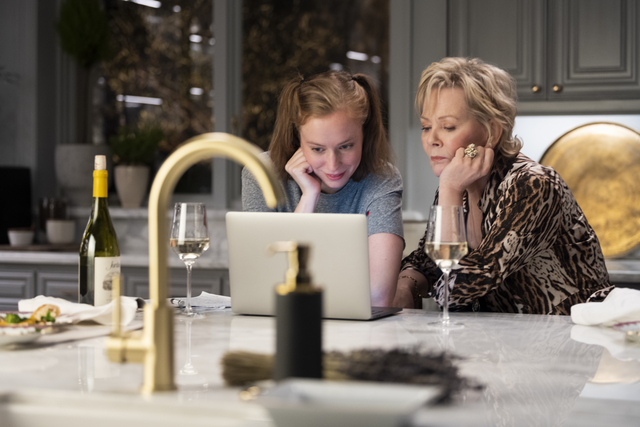 And yet, the Season 1 finale suggests that Ava and Deborah are not long for Vegas, instead heading out on tour to keep reworking the latter’s new set based primarily on experiences from her life. Of course, it wouldn’t be “Hacks” if there wasn’t a sort of Sword of Damocles dangling over Ava’s head at all times. In this case, Deborah is unaware that Ava has told outside producers all the nightmarish horrors that have presented themselves throughout their working relationship. The happy platoni-couple may have cloudy skies ahead.

“We really did feel bad that we left people where we did. And I will say, as somebody who really gets very stressed out watching TV: I’m so sorry,” Aniello said.

“Everything with both Deborah and Ava is two steps forward and one step back,” Statsky said by way of explanation.

“It’s Ava’s impulsive decisions that brought her to Las Vegas in the first place,” Downs said. “We want the growth to feel the same as the rest of the show, hopefully grounded and accurate. So we want their growth to also feel grounded. To paraphrase something that Jen said recently, it’s not a straight line. People’s trajectory when making progress in their personalities takes time and work.”

Thankfully, we’ll have much more progress and backsliding on “Hacks” in the years to come: HBO Max has renewed the series for a second season.