This Morning was back to normality following yesterday’s birthday spectacular to celebrate Holly Willoughby turning 40. However, it’s fair to say the show wasn’t exactly smooth sailing as it reverted back to its regular format – especially when Holly and Phillip Schofield returned from an ad break to check on what was coming up on Loose Women.

As the show approached the mid-day mark, This Morning returned from a commercial break to show Holly and Phillip back on the famous sofas.

However, as they went to tease what was coming up on the rest of the show as well as what the Loose Women panel had in store, the studio descended into silence.

Holly could be seen talking to ITV viewers but not a single word could be heard as the theme music continued overhead.

Eventually, Holly’s voice could be heard as she teased a pancake-making masterclass later in the show. 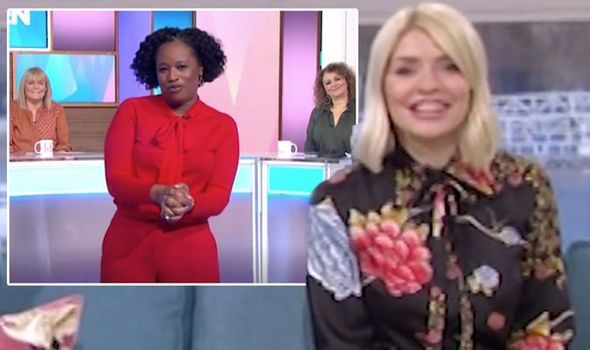 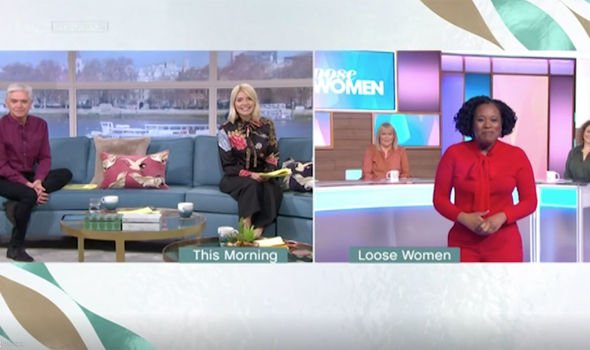 Phillip then jumped in: “In just a moment, Gok’s [Wan] showing you how to dress like Carrie Bradshaw (from Sex and the City).”

“Sounds good, doesn’t it?” Holly replied before checking in with the Loose Women panel.

“First though, it’s time to find out what the Loose Women are talking about this lunchtime. Hi, ladies,” Holly said.

And the tech blunders didn’t stop there as while Charlene was delivering the headlines from the show, Holly could be heard over the top discussing her microphone. 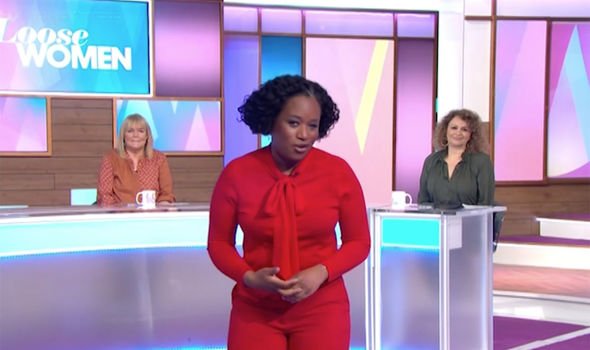 Charlene began: “After our exclusive online poll revealed that -“

But the Loose Women star was cut off as Holly could be heard over the top saying: “I heard myself back in my ear -“

Luckily, Charlene continued with her rundown of what was to come as Holly’s blunder was quickly brushed aside.

And as the cameras returned to the This Morning studio, Holly and Phillip ignored the mishap to move on with the programme.

But it’s safe to say viewers at home were left slightly baffled by the disruption to the show.

“#ThisMorning having a technical mare this morning sound dropping out can hear Holly talking to producers in link,” one fan pointed out on Twitter.

A second also spotted the mix-up: “Holly’s mic not working was great. #thismorning.”

“#thismorning oh I love tech f-ups,” a third weighed in, with a fourth querying: “Did anyone else’s sound go dodgy then?? #ThisMorning.”

And a fifth added to the conversation: “So Holly’s mic wasn’t working and then it went over Loose Women? Well #thismorning.”

Fortunately for Phillip and Holly, the rest of the show ran without a hitch.

But it wasn’t the only mishap from ITV today as Lorraine Kelly was also left apologising for a webcam blunder on her breakfast-time talk show.