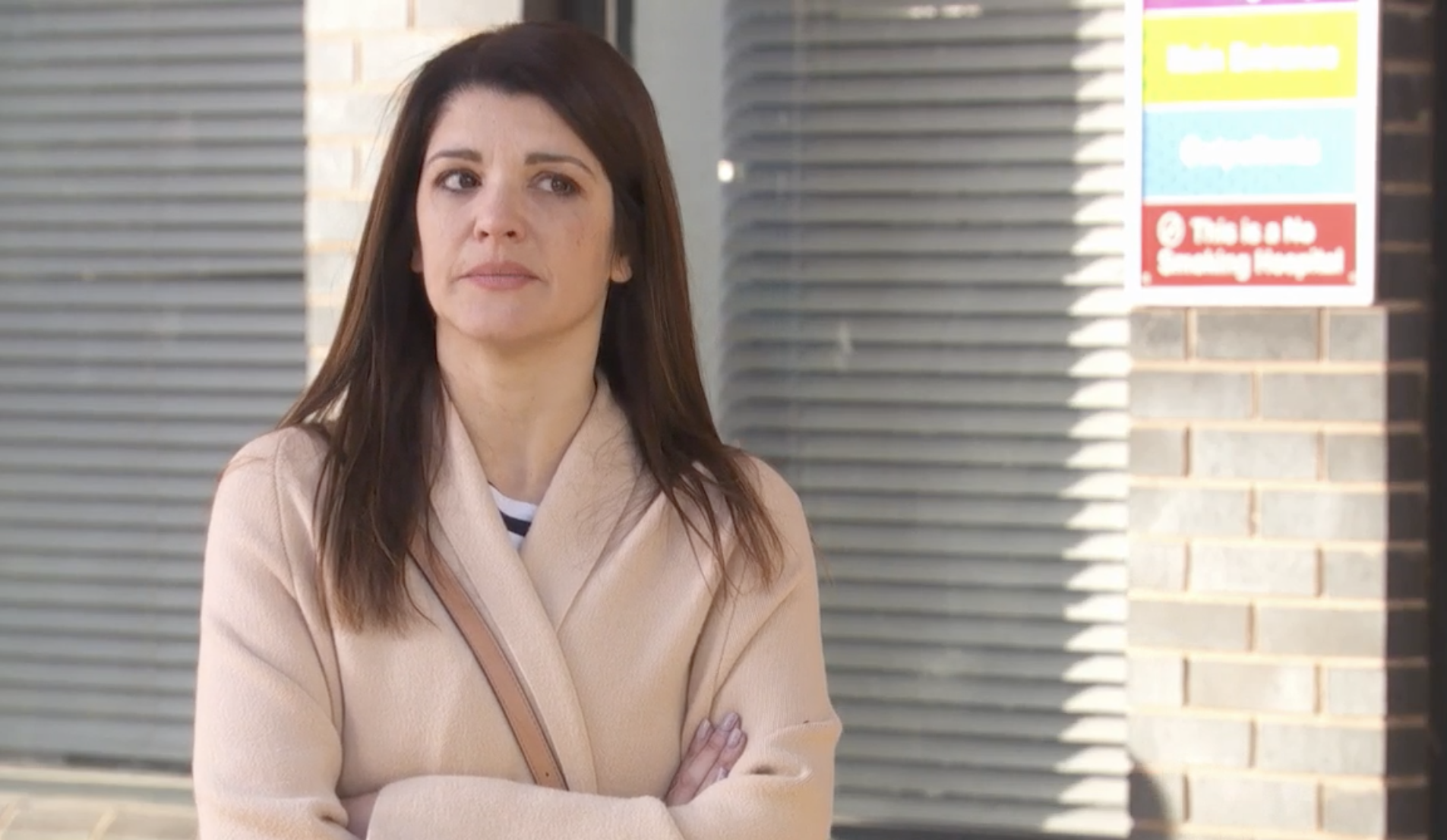 Hollyoaks has confirmed that detective Lexi is the mother of newcomer Freya (Ellie Henry).

Lexi, played by Emmerdale’s Natalie Anderson, featured heavily in the Channel 4 soap both this year and last, investigating both Project Bluebird and the mysterious death of Lisa Loveday (Rachel Adedeji).

She made her on-screen debut back in October, when it was revealed that she was a colleague of undercover cop Saul Reeves (Chris Charles), who showed up in the village under the guise of Nate Denby.

Lexi, however, soon disappeared from screens, after Lisa’s murder was solved and Toby Faroe (Bobby Gordon) was jailed for his crimes.

But the character made a surprise return to the show in Thursday’s (March 24) first look offering, as she showed up at the hospital in the wake of the minibus crash.

Lexi, however, was not present in a professional capacity, but rather she was there as a parent. You see, she is actually Freya’s mum!

Freya was severely injured during the crash, which saw John Paul McQueen (James Sutton) lose control of the minibus, as he momentarily closed his eyes.

The deputy head teacher, as fans will know, has been struggling with his reliance on alcohol, and he admitted during the latest episode that the crash incident occurred due to his ‘need’ for a drink.

‘I couldn’t stop my hands from shaking!’, he said. ‘And the headache – I had this sharp pain. All I wanted to do was throw up. I needed a drink’.

Freya, meanwhile, was taken to hospital, revealing that she couldn’t feel anything in the wake of the crash.

‘They’ve taken her for more tests’, revealed Lexi, as she spoke to John Paul about her daughter’s condition.

‘That’s why I came outside. I couldn’t cope just sitting there with all the machines and medical equipment everywhere.’

Prince (Malique Thompson-Dwyer) interrupted the conversation to reveal that Olivia Bradshaw (Emily Burnett), who was also caught up in the crash, is going to be okay.

He agreed to keep quiet about John Paul’s alcohol addiction, reiterating that no-one can ever find out about it.

But the question is: with Lexi in desperate need of answers, is it only a matter of time before the truth outs?

Hollyoaks continues Friday March 25 at 7pm on E4, or catch the next episode on All4 that very morning.