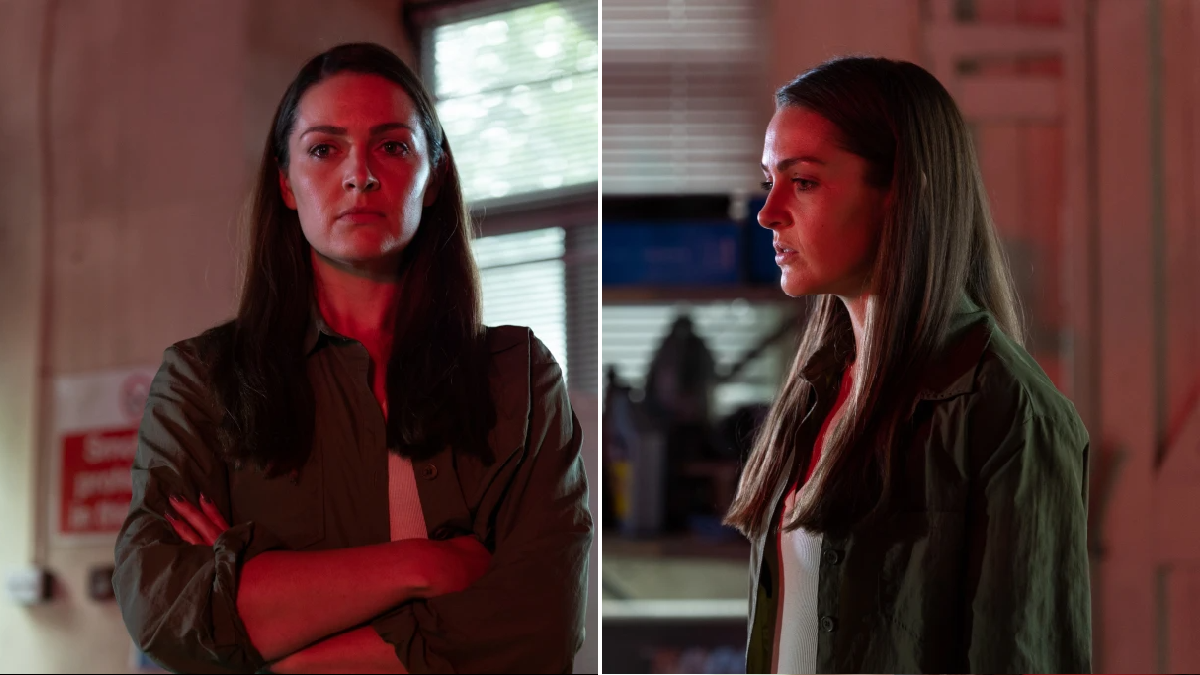 As Anna Passey pointed out to us when we caught up with her for a gossip earlier today, Sienna Blake is a lot of things – but she is not a murderer.

But that may be set to change, as the Hollyoaks icon has explained to us that Sienna will stop at nothing when it comes to making Warren Fox (Jamie Lomas) pay for the death of Brody Hudson.

In an exclusive chat with Metro.co.uk, the actress revealed: ‘We’re expecting her to not go through with it. She’ll try to scare him and get his confession, but that’ll be the end of it.

‘What’s different here is that not only has Warren done this really savage thing, but the fact that he looked her in the eye and lied to her, and the fact they got back together and rebuilt this relationship.

‘It leaves no limits to what she’ll do. She’s hellbent on getting justice for Brody because he was just so pure-hearted and a good person. She won’t stop.’

But that’s not to say it’s all going to go her way!

‘She gets the confession she wants. That’s a surprise to her, she doesn’t believe he’s ever going to admit what he’s done,’ Anna said, taking us through the events coming up.

‘She gets what she wants. But he surprises her when she’s taking that news in and manages to overpower her. It all goes wrong, rapidly! It quickly spirals into disaster.

‘It looks like it’s going to be the end of Sienna, but she’s saved by an unsuspecting Damon! He walks into something he should have no part in, and accidentally saves the day, really.’

In the process, Damon ends up implicated in the murder plot, and he is very much out of his depth.

But this is just the beginning…

‘There are tons of surprises in this little bit of the story, and it doesn’t play out in the simplest way or the way that we’d expect,’ she teased.

‘A lot of things happen that are going to be irreversible and it will have big consequences for all of the characters involved.’

And viewers have a lot to look forward to, with Anna promising a ‘huge autumn’.

‘There is so much good stuff coming up!’ she enthused. ‘It’s the level of excitement that you’re excited for scripts coming out even when you’re not in!

‘There are some really brilliant things going on, and new and interesting things coming.

When is it ever in Hollyoaks?

And casual is the last thing that doom-prone Sienna can be as this latest disaster plays out for her.

But the question is – will she be a killer by the end of the week?

You can read the full interview with Anna in the free Metro Soaps newsletter, which you can sign up for here. It is delivered to your inbox every Friday 8am.