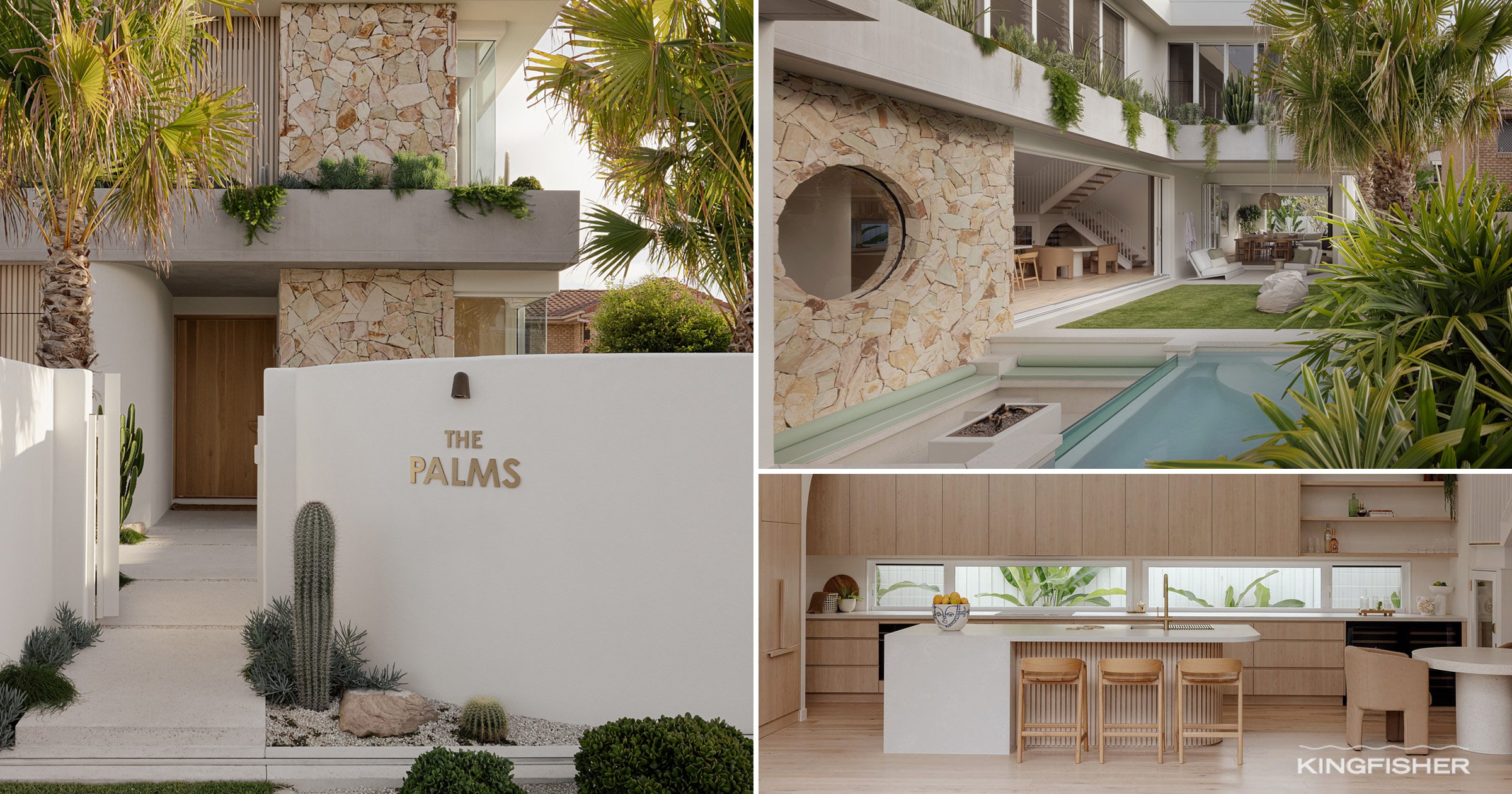 Unsure if it’s unethical or good business sense to buy something, then sell it on shortly after for profit?

Australia’s housing market will probably suggest to you that it’s the former.

Queensland’s ‘most photographed’ home almost ‘broke the internet’ when it was up for sale in June for $3.75million (£2million).

Known as ‘The Palms’, the four-bedroom mansion had its build documented on Instagram, attracting buyers and DIY enthusiasts.

The Palm Springs-inspired property sold for a record-breaking $3.75 million to Jeremy Langston.

After living there with his family for around a month before, he put it back on the market for offers above $3.99million (£2.13million), citing ‘family commitments’ as the reason for his departure.

Less than 24 hours after hitting the market on September 24, Mr Cherry said he was ‘inundated’ with so many calls from agents and clients, that he predicted it would be no problem achieving the asking price.

‘We have already had an offer,’ realtor EdCherry of Harcourts Coastal told realestate.com.au, as floods of interest came in within 24 hours of the listing.

‘Burleigh has proven that properties can achieve that kind of house price growth.’

In terms of the property, the garden has a luxe sunken fireplace, a glass-edged pool and an al fresco kitchen.

Inside the property has costal and desert influences, wit natural materials like stone and wood contrasted with light fixtures and futuristic curved walls.

This can be seen in the whitewashed breeze blocks, which keep rooms cool in dry desert climates.

The modern parts of the design are inspired by Los Angeles architecture and Brisbane’s Calile Hotel.

It’s a grand space too, as it’s got three-metre high ceilings that rise to six metres above the kitchen.

At the top of the house, which you use a custom oak staircase to get to, there are four bedrooms with ensuite bathrooms and walk-in wardrobes.

The property also has a wine cellar and home cinema.

Listing agent Conal Martin of Kingfisher Realty, who sold the property to the Langston family, said it is ‘pretty special’.

‘As soon as you walk in you are overtaken by a surreal sense of satisfaction and calm. People never want to leave.’

There are worries about the market crashing by 20% in suburban areas, though the reaction to this property being up for grabs again shows that time is yet to come.

Aussie Home Loans founder John Symond said he fears prices have moved ‘too far, too fast’, calling them ‘insane’ and believing values could drop significantly when the current boom ends.

For now, people are cooing over The Palms.