Yang-Hua Hu (2018’s ”The Public“) talks to TheWrap about his precise, thoughtful work on the four-characters-in-one-room drama 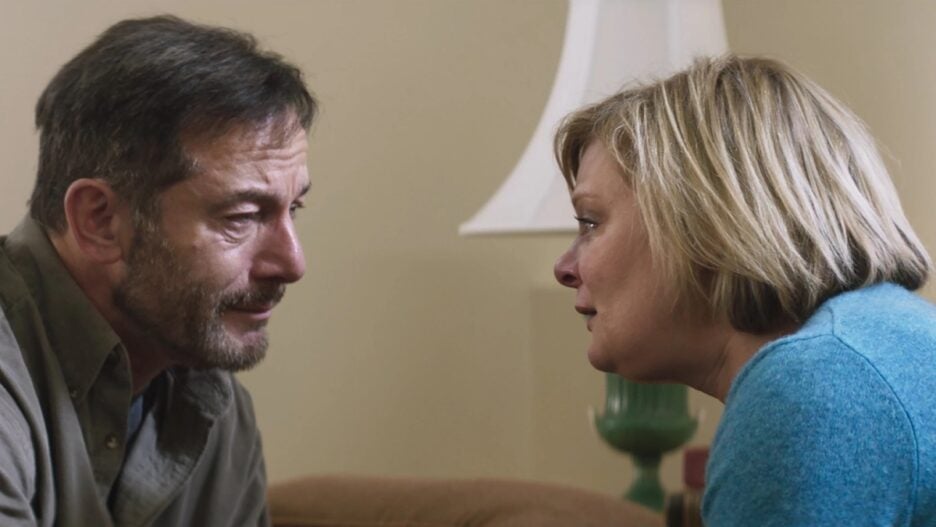 Inspired by one-location, dialogue-driven movies such as “12 Angry Men” and “My Dinner With Andre,” Fran Kranz’s “Mass” is a drama set almost entirely in the conference room of a church. Two sets of parents have agreed to meet and the topic of conversation, which doesn’t reveal itself until a half-hour into the film, is a school shooting. A few years earlier, the son of one couple (played by Ann Down and Reed Birney) killed the son of the other couple (Martha Plimpton and Jason Isaacs).

“When I was reading the script,” film editor of “Mass,” Yang-Hua Hu, explained to TheWrap, “it was not focusing on gun control or a political issue or a mental issue. And that touched me. It’s a beautiful four-sided movie experience, not a podcast about an issue. But then about 15 minutes after finishing reading, I was like, ‘Wait a minute, does everything happen in one room?’”

For Hu, who was raised and educated in Taiwan before attending film school at USC, this provoked a concern in his mind. “I knew that the script was incredible and these four actors are all the best ingredients in any kitchen, but I just wanted to be sure that people wouldn’t get bored and check out of the film.”

And so Hu did something clever while surveying all the footage in the editing room. He decided to watch the film carefully with a boredom meter in his head, keenly attuned to any moments in the film that lost his interest.

There weren’t many such moments, but Hu’s indifferent reaction to one particular scene in the film actually altered the way it now plays onscreen. It’s an interaction in which Jay (Isaac) and Richard (Birney) are growing more impassioned as they talk over each other on the issue of politics and science related to gun legislation. As they argue, their wives grow increasingly irritated with the conversation’s tone.

“When I was cutting it,” Hu said, “I was thinking that this was such a boring topic for these two men to fight about, when obviously this is just a way for them both to keep themselves at a distance from how they really feel. I was pretty quickly losing interest and not caring.” 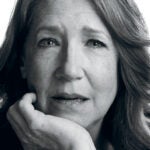 Hu had a surrogate in the character of Gail (Plimpton), Jay’s wife, who eventually breaks up the argument between the two men. Hu sensed an opportunity to involve her earlier.

“So I talked to Fran, the director, and I told him honestly how I was reacting to the scene. And he said, ‘Well, then let’s see how it plays if we get Gail’s facial reactions included earlier in the scene.’ So we did that and then had her interrupt the conversation sooner. That scene was way longer than what you see in the film now, and I’m proud of how it was shaped.”

That moment is also an example of something that occurs often in “Mass,” when the camera focuses and holds on a character who is listening but not speaking. “English is not my first language,” Hu said. “And oftentimes it’s faces that talk even more than words, especially in dramatic scenes. So by going to a different character’s reaction, it creates different layers and greater meaning in the scene.”

Hu also explained his role in a powerful cutaway shot that appears several times in the film. The shot, designed to evoke a mysterious, unknowable feeling, features a ribbon hanging from a chain in front of a field, with a vast landscape in the background. In the original cut, the shot was going to be see onscreen as the character Jay was giving an emotional speech, and lasted for well over a minute. The length of the shot was shortened after notes from a test screening revealed that audiences yearned to see Jay speaking.

“Fran is a very sensitive person and he wanted to give the audiences some room to breathe,” Hu said. “We wanted to make sure we were not making this in a traditional Hollywood way. No flashbacks, nothing like that. By going to that field is the heart of the film. We worked really hard to get the timing and the balance of that moment just right. And it turns out that that cutaway mean many different things to different audiences. That’s what we were hoping for.”